Downtown Brooklyn Partnership president Tucker Reed, writing in Crain’s, says that he would like to see colleges in Downtown Brooklyn work the same transformative real estate magic on the neighborhood as NYU did on the Village: “Once largely considered a commuter school, NYU changed its approach and took advantage of its location and underutilized real estate assets to cultivate a campus environment attractive to students and businesses alike.” We might note that many of NYU’s neighbors seem less than thrilled with its expansionist mindset. Of course, Downtown Brooklyn is not the Village, but a college may want to think twice before selecting NYU as a model for catalyzing neighborhood.

The development slated to rise on the site of Clinton Hill Key Foods looks about as standard-issue as they come: glass and steel, medium-rise, boxy. But at least it will, as Yimby notes, be 20 percent affordable. Maybe the developers might consider renting some of the 15,000-square retail space to a grocery store so that tenants paying top dollar, as well as the residents of the nearby housing project, will have a place to buy groceries?

A lack of grocery stores is also a huge problem at the Farragut Houses in Dumbo, where a stalled plan to develop Admiral’s Row in the Brooklyn Navy Yard was intended to add a grocery store to the area five years ago, but would now open at the end of 2017, at the earliest, according to The New York Times.

Whatever retailer ends up taking the space, we can all rest assured it won’t be the Apple store. At least not yet. Some poor Upper East Siders, identified by CBS as just “a man” and “a woman” have been besides themselves for months at the thought of an Apple store on 74th and Madison.

An Upper East Side “rageaholic” in the words of The New York Daily News, lost it after waiting an hour for his omlette at Bocca East and went on a rampage. The man, Nicholas Dematteis, was charged with assault.

Across the park, after no sales several months in at 210 W. 77th Street, the Naftali Group decided to pull the building from the market, according to Crain’s.  But rather than lowering prices, the developer decided to upgrade finishes and amenities to bring the project in line with the market. It seems to be working. Moral of the story: people expect high-end finishes when prices start at $4.7 million.

So Demi Moore had better have some stunning finishes to be asking $75 million for her San Remo penthouse, as she is, according to The Tiimes. At least she was nice enough to throw in a two-bedroom, two-bath lobby-level maisonette. Still, the in-house record, set last year, is $26.4 million and the interior decorating motif is Southwestern Mission. “I’m spending the majority of my time in my other homes,” Ms. Moore wrote The Times in an email. Also, Curbed has pictures! Though the listing’s selection is rather stingy.

Below the park, Hedge fund billionaire Bill Ackman’s “Winter Garden” duplex penthouse investment property at One57 has closed for $91.54 million, according to The New York Times. But despite charms that include a “2,500-square-foot curved-glass atrium that opens to the sky and is large enough to house a garden or swimming pool” Mr. Ackman intends to stay in his current place at the Beresford. (Right by Demi Moore’s old place!)

Speaking of billionaires, Barry Diller’s lease with Hudson River Park allows him to pull his funding for his Pier 54 if the park’s upgrades of neighboring piers don’t meet his expectations, according to DNAInfo. The donation is also predicated on a $22.5 million esplanade that is to be funded by the city. Essentially, Barry Diller’s gift necessitates that the city funnel tens of millions into Barry Diller’s parks and the areas immediately surrounding it. So much for parks equity. At least the city has a $30 million no-frills back-up plan if things don’t work out.

Nobody’s much of a fan of the new Whitney’s exterior. The Renzo Piano building’s interiors are praised by Jerry Saltz, but the exteriors are charitably described as ungainly and utilitarian-looking, less charity described by Saltz’s NY Mag colleague Justin Davidson: “There’s nothing seamless about this awkward kit of protruding parts and tilting surfaces, though: The thing might have arrived in an Ikea flat pack and then been prodigiously misassembled.” 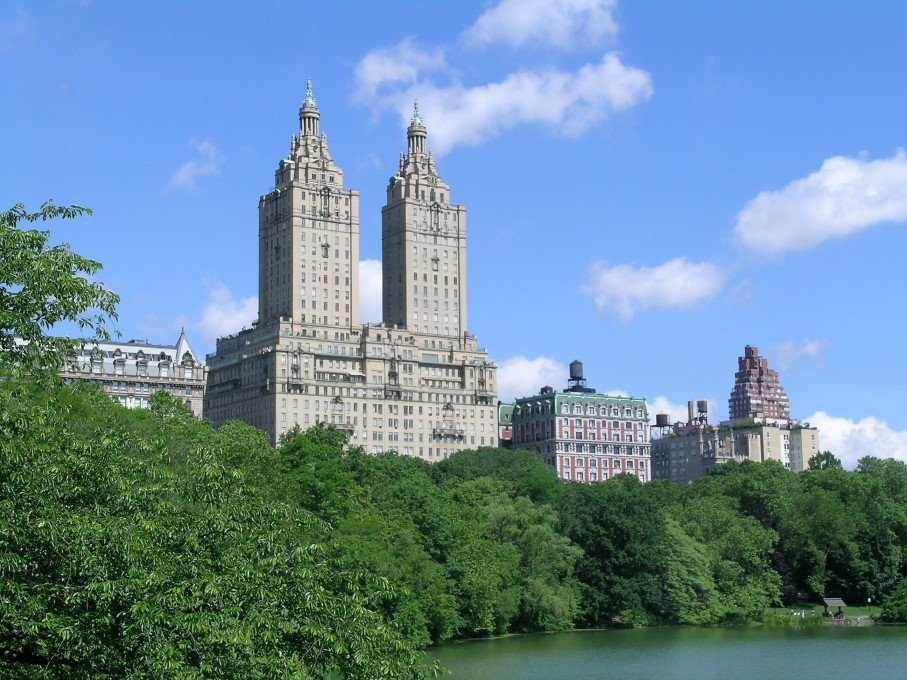