The condos at what was the broken Angel House—the 10,000 square foot Clinton Hill shell that artist Arthur Wood bought in 1979 with his wife Cynthia and lost to foreclosure after she died—have hit the market, starting at $1.125 million, according to Brownstoner.  These are not condos for people who like art! In the renderings, they resemble something you might find in a suburban subdivision, one on the outskirts of a third-tier city. Of course, there they’d be going for about a tenth of the price. As one commentator put it: “Nothing screams luxury more than an 8 x 11 bedroom.”

Speaking of bad renderings: this one, on Curbed, of what Fort Greene’s restored Paramount Theater would look like.

If you want to rent a studio in Manhattan, you’ll need to make $107,000 a year, DNAInfo calculates, based on the $2,691 a month average found by today’s just-released market reports. Guarantors, meanwhile, generally need to make 80 times. So if you’re not rich, your parents should be!

There’s always Staten Island: Richard Nicotra and wife Lois, second generation islanders and the founder of Everything Yogurt eateries, love Staten Island so much they just keep buying more of it, according to Crain’s. The biggest landholders on the island, they have 500 employees, seven commercial buildings and two potential big deals at the Teleport company in the works, and no partners. As Mr. Nicotra says, “Partners are for dancing.” And this: “We are Staten Island people, and we truly believe that it is made up of educated, classy people, and we are trying to get that word out.”

Honestly, who doesn’t sometimes wish it was 1997? Hopes and Fears photocopied Lonely Planet’s 1997 guide to New York at the public library (very 1997!) and set out to see what had changed. Regarding Soho: ” today it’s pretty much just clothing stores and boutiques. The art has migrated or disappeared. Throughout every neighborhood actually, it seems that cultural spots like bookstores, music venues and record shops are always the biggest casualties.”

This won’t do much to save the bookstores and record shops, but it could help save the buildings that house them: The Real Deal reports that Manhattan Borough President Gale Brewer is proposing new legislation that would force the Landmarks Preservation Commission to speed applications along rather than letting them sit in uncalendered purgatory for what was sometimes decades at a time.

Unsurprisingly, people who do not want to sell their home do not like being constantly asked—via flyers and postcards—whether they want to sell their home. Gothamist reports that the postcards are very much unwelcome in gentrifying neighborhoods like Crown Heights, where they serve as regular reminder that someone would like you to leave as soon as possible so they can make a big profit off your house. Meanwhile, the broker who was so keen to get a call from his flyers is not so happy to talk to a reporter, asking, “Is this going to be a positive story? Then declining to be quoted further.

Like many other sharing economy entrepreneurs, chefs who host meals, gaining clients via sites like Feastly and EatWith tell Crain’s that they don’t make enough to live on as “micro-entrepreneurs.” In fact, it’s mostly only good for finding new catering clients says on chef.

Sign of the times: Ikea is rolling out its vegan meatballs today, which contain kale, but no gluten, dairy, soy or GMOs, Gothamist reports. And just $4.49 for 10 balls! (Maybe some Smorgasburg vendors will take a hint there?).

Who doesn’t like stories about starting over? The Wall Street Journal reports that a number of people who lost their homes to foreclosure during the housing crash are buying again. 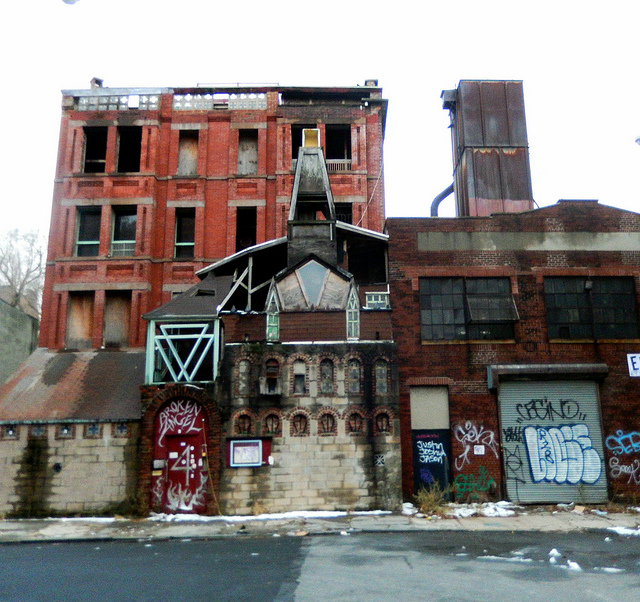