MakerBot, the 3-D printing pioneer that is regularly held up by politicians as a poster child for the manufacturing revival in the city, is downsizing—laying off employees and shutting down its three retail stores, according to Crain’s. The company is declining to comment, but estimates are that about 20 percent of MakerBot’s workforce has been laid off. MakerBot’s model of selling 3-D printers straight to the consumer has been criticized, according to the paper, “as lacking long-term viability, and consumers seem to find the novelty wearing thin, judging by reports of recent declines in sales at Stratasys.”

This week’s “Hunt” column is about a middle-class single mom looking in the Bronx—maybe The New York Times is getting the message that New Yorkers like reading about the real estate woes of people a little more like themselves. A math teacher with a budget of up to $270,000, much of which she saved for moving back in with her parents in Ossining after college, looks for a fixer-upper in the Bronx.

PETA would be proud: Lower East Side pub Sixth Ward, which had represented itself as an “upscale vegetarian restaurant” to get its liquor license lost it when it was discovered that the place was selling burgers and steaks, according to DNAInfo. The bar also stayed open well past midnight and involved music and dancing. (!!!)

So no more booze for Sixth Ward, but alcohol could soon be coming to a movie theater near you! Multiple theater chains are pushing to change a state law that prohibits the sale of alcohol in movie theaters, including Alamo Drafthouse, which serves beer as part of its model and is slated to open in the City Point development in Downtown Brooklyn, according to Crain’s. Nitehawk Theater in Williamsburg already sells alcohol are winning a liquor license in 2011, but in order to do so had to agree to sell dinner food at real tables, a model that other theaters are less inclined to adopt.

Park Slope’s Pavilion Theater is pursuing another means of boosting the bottom line. The Real Deal reports that Hidrock Realty has filed plans to convert the building to residential and add 24 condos. The building would be left intact, but its interior heavily renovated and though, “Hidrock is contemplating opening a more ‘sophisticated’ movie theater in the building’s commercial portion… it would be more ‘reasonably sized.’ ” The spokesman also told The Real Deal that it is “the end of the existing theater.”

Expect more coyotes in the city as their population surges and more parks open, DNAInfo warns. “Coyotes usually stay away from densely populated areas, but as we’re building more parks, we’re also building wildlife corridors and we’re leading them into the city,” said one scientist.

We should also expect to lift 800,000 people out of poverty and eliminate garbage in the next decade, according to Bill de Blasio’s OneNYC plan. But how? asks The Times of the mayor’s undeniably lofty goals.

The two playgrounds with the most injuries aren’t the neglected ones with old equipment, according to DNAInfo, but ones with new, riskier equipment, like the wildly popular one in Union Square (though the number of users alone might account for the higher rate of injuries)? And while no one wants to see their kid injured, some inherent risk would seem to be part of the equation—one parent, for example, seemed horrified at having seen a kid break a wrist. 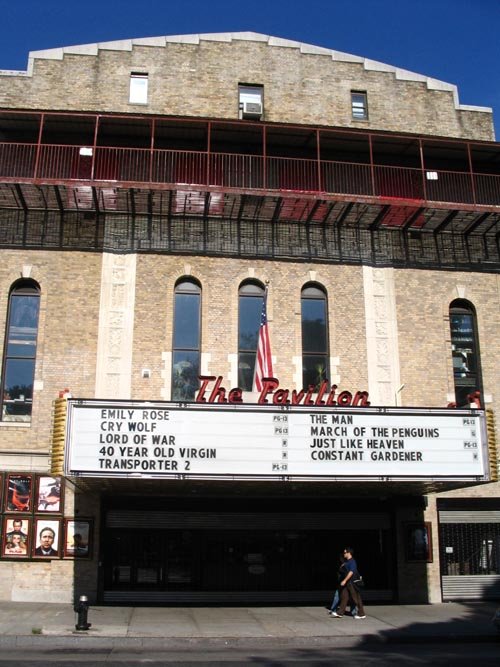