Unsatisfied with the plethora of existing high-end activities they could partake in, rich tourists now want bespoke “experiences,” Crain’s reports—i.e. not just a carriage ride in Central Park, but a carriage ride that ends in a perfect shady spot with a picnic of artisanal cheeses and prosecco served by a team of butlers. “Sophisticated travelers want to do more than just see attractions; they want bragging rights,” says the senior vice president of NYC & Company.

Maybe they can stay in the penthouse of 8 Spruce Street, which is back on the market, asking $45,000 a month, DNAInfo reports. This, they argue, may seem high, but is “actually a bargain” as the 5-bedroom apartment “comes with a separate guest suite for visitors or a nanny, as realtors point out—was originally listed at $60,000 when it first was offered for rent in 2012.” Because the original asking rent of an apartment that it probably didn’t rent for the first time is clearly its true value?

How bad is it to walk around the city and look at apartments? asks a man in this week’s “the Hunt.” His partner is less enthusiastic: “On any hunt, I think there’s the hunter and then there’s the sherpa, and I felt I played a supporting role in a lot of ways,” he said.

A federal law change that would remove the capital gains tax from foreign pension fund investments could open the way to even more foreign investment in REITs, according to Crain’s. The change could “save these funds an estimated $3.7 billion in capital-gains taxes over the next decade,” but it’s unclear, given the already substantial interest of foreigners in putting their money into the city’s real estate, why the U.S. should be sacrificing so much revenue.

Speaking of foreign investment: JP Morgan Chase has gone to court to block an Indian real estate developer from selling a $19.4 million condo in the Time Warner Center that the bank wants to seize as partial payment for a $90 million award, according to The New York Times. But the developer, Kabul Chawla, claims that the apartment, owned by a Delaware shell company with a Singapore address, NYC Real Estate Opportunities, doesn’t belong to him.

Meanwhile, on Wednesday night, the MTA board voted to ban all political advertising on subways and buses, a move that could cost it $1 million a year and a very real fight, according to Capital New York. The move, they note, came “less than a week after a federal judge ordered the agency to run an ad from a  a pro-Israel group that included the phrase, “Killing Jews is Worship that draws us close to Allah.” 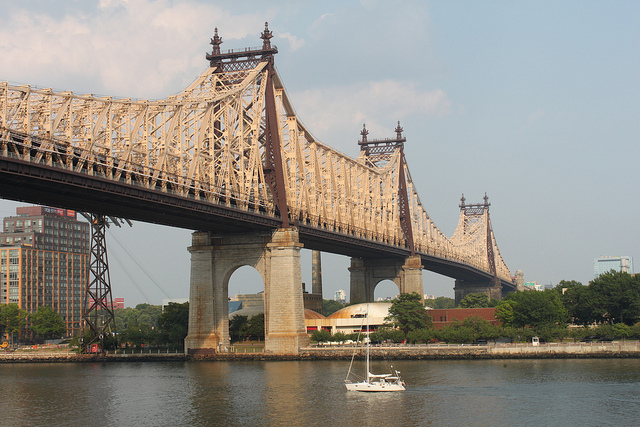