Rupert Murdoch is dumping his penthouse at One Madison after only a year, during which time he lived in another unit in the building which he had intended to use as a guest suite, according to The Wall Street Journal. Of course, Mr. Murdoch expects a hefty sum for the handiwork he put in during his very-brief ownership—architect Jose Ramirez had been hired to build out the news mogul’s triplex penthouse, which he paid $57.2 million for. It’s not clear if he finished the work, but the triplex is now asking $72 million. He’s moving to a West Village townhouse he just bought, under the name of one of his execs, for $25 million.

The Village Voice visits the soon-to-close House of Cards in the Village and digs up some truly unusual items: nut-shaped erasers, schadenfreude mints and fossilized shark teeth, all of them 30 percent off. As for the closure, it was about rising rents, yes, but also the changing neighborhood: rather than a bustling hospital, he now has luxury condos.

Speaking of luxury condos—after spreading like a rash across Manhattan, Brooklyn and Queens, they’ve now leaped across the bay to Staten Island, where a wave of new development, including rentals and condos with amenities like pet spas and rooftop beehives is popping up on the North Shore, according to The Wall Street Journal. “In terms of real estate, differences between the borough and other enclaves seem to be lifting like a morning fog.”

Even Bald Eagles want to live there: The New York Post reports that a pair of birds have built the city’s first Eagle’s Nest in 100 years, settling down on Staten Island’s South Shore.

Buy your warehouses now, before they cost $50 million like they do in Williamsburg. Crain’s reports that the owner of the one where Brooklyn Brewery and Brooklyn Bowl are located wants the sum for his 35,000-square-foot warehouse; a buyer would have to honor the existing leases, which expire in 2021 and 2025.

Spirited, the “dessert speakeasy” in Crown Heights, is closing after about a year in business, DNAInfo reports. We can’t say we’re surprised, though the owner claims that her alcohol and baked goods concept will continue to live on.

If you like Ferraris, you’ll really like Related’s new Miami building, 1100 Millecento by Pininfarina, which The New York Times reports has paired with the luxury auto maker to design its building’s interiors, which are trademark scarlet and decorated with black and white photos of—what else—Ferraris. To be fair, it’s not a brand for those concerned with subtlety.

Even further afield: NYU’s labor guidelines guaranteeing fair wages and housing failed to protect more than 10,000 workers at its Abu Dhabi campus, The New York Times reports :”some subcontractors were exempted from the guidelines based on decisions made by local contractors running the operation. One of those contractors was Mubadala, a real estate company owned by the government of Abu Dhabi.”

It’s been a time of retribution for the perpetrators of real estate abuses: yesterday Brooklyn DA Ken Thompson also announced that infamous Brooklyn slumlord brothers Joel and Aaron Israel, had been indicted for fraud, grand larceny, criminal mischief, falsifying business records and unlawful eviction, according to Gothamist. Among the brothers’ favored tactics for getting rent-stabilized tenants to move was by literally destroying whatever space they lived in.

Don’t go anywhere if you can help it for the next few days. DNAInfo reports that multiple lines are running with big delays this morning, which will be followed by weekend work on 14 lines.

Finally, Amazon is cheaper than FreshDirect, Bloomberg reports (via Crain’s), for shoppers who are too lazy/busy to do their own grocery shopping, but cheap enough to still care. 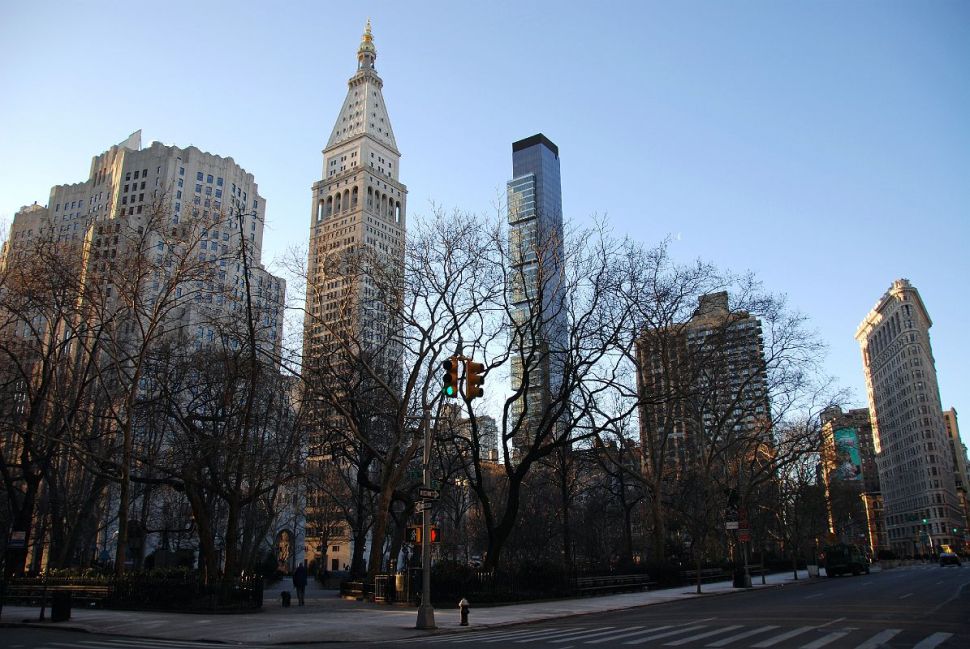