A “classic rock bar” is going into the Avenue A space occupied by the Odessa Cafe Bar until a 50 percent rent increase shut it down, according to DNAInfo. (Odessa, the restaurant, thankfully remains.) It will have an “old-school” concept, according to its owner, with craft beer and Italian sandwiches.

And Pearl River Market may have life yet, even if not in the Soho spot where the landlord gave them a fivefold rent increase, according to Crain’s. After news broke that the retailer was getting pushed out, a number of landlords and developers have come forward with possible solutions that might involve a smaller store or something below Canal. But the current owners say they’d prefer to let someone else take the reins on a new venture, staying on as consultants.

It’s one thing to have a bathtub in your living room, but a shower in your kitchen is especially depressing. Especially when, as Curbed points out, it’s in a $1,750 a month Chinatown studio and it’s taking the place of the refrigerator, which is in the closet.

Speaking of unwelcome intrusions, regulars are angry that Madison Square Park’s new art installation will be a 500-foot-long canopy over the walkways—sounds somewhat like a sidewalk shed—that they say will block light, DNAInfo reports. “We have a tiny park and we want to be able to enjoy the real trees,” complained one woman.

And this: a court has decided that Time Warner’s condo board correctly exercised its right of first refusal, selling the unit to a buyer of their choice, so long as he matched the other offer, according to The Real Deal. The seller of the unit, hedge funder Daniel Netter, hadn’t objected to the right in the theory, but the application of it, which had the apartment going to a man whose wife was on the condo board and who wanted to combine it with his unit next door.

Sunshine Laundromat in Greenpoint is looking to add a bar to its array of entertainments, including an enviable pinball collection, The Wall Street Journal reports. If granted a liquor license, it would be the only laundromat in the city to legally serve alcohol, after a similar model in the East Village closed last year.

Brick Underground has an eight-week guide to help you move. That is, assuming you have eight weeks to move. Though we very, very much disagree with a few of their recommendations, namely, get a storage locker to put some of your belongings into for the first few months? Which seems logistically complicated as well as expensive. 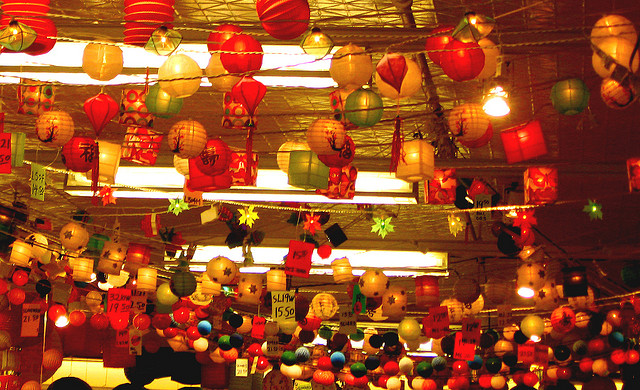