The East Village explosion that killed two men last Thursday may have been caused by the landlord’s hasty attempt to hide she was siphoning off natural gas during a Con Ed inspection that afternoon, according to The New York Times. Law enforcement officials told the paper that their working theory was that the building owner tried to resume the siphoning operation after inspectors left, but botched the job.

Thirty-three NYCHA developments in Brooklyn, Queens and Manhattan will be getting $3 billion in federal aid to repair damage done by hurricane Sandy and make them more storm resilient in the future, according to the New York Daily News.

Meanwhile, an audit by the city comptroller has criticized the distribution of Sandy aid, which delayed payments to individuals while funneling millions to consultants, according to The Wall Street Journal. “The City’s Office of Housing Recovery spent $6.8 million of federal money allocated to help homeowners recover from the storm on the work that was incomplete or flawed. Those problems prolonged waits for more than 20,000 people who initially sought help, said the audit.” Among the problems, the audit found, was that program requirements shifted and case workers were both inexperienced and inconstant, making it more likely that applications would be missing paperwork.

Starbucks, in an attempt to do what the cool kids are doing, will start offering kale smoothies, according to Gothamist, a kind of middle ground between really hip fresh juices and some of their less popular smoothie concoctions of yore. Remember the Vivanno? (We seem to recall banana, chocolate and powdered soy.)

And Mrytle Avenue’s numerous independent coffee shops are probably not too thrilled right now, as the brand will soon be coming to the Fort Greene thoroughfare, according to DNAInfo, the closest other Starbucks are at Jay Street Metrotech and the Barclay’s Center.

Speaking of hip food and beverage—rumor has it that Pastis might be eying a Gansevoort Market space, DNAInfo reports.

The taxi of Tomorrow must wait another day: The New York Times reports that the lawsuit over whether or not the city can mandate that drivers phase in the boxy Nissan vehicles Michael Bloomberg had decreed should take over fleets by 2020 still has legs (or wheels?). The court has continued a stay in the case, which will pivot on whether or not a city commission can mandate drivers buy a certain type of vehicle. 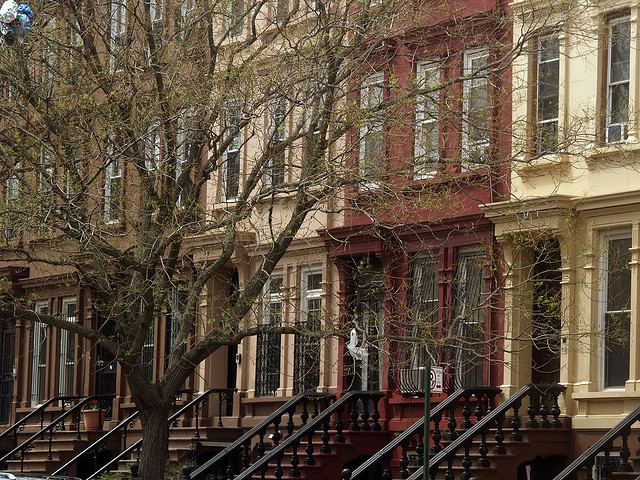