Junior’s cheesecakes, which in September turned down a $45 million offer for its Downtown Brooklyn location, is moving its bakery from Maspeth, Queens to New Jersey because the real estate costs in New York are too high, Crain’s reports. The bakery has rented the location for the past 15 years, but lost its lease after the building was sold, which Crain’s declare proof-positive that “Jersey is the next Brooklyn.” (Wouldn’t that make it the next Queens?)

Does it even matter where anything is made anymore, now that people seem to be more interested in food courts than restaurants? DNAInfo reports that the new City Point development in Downtown Brooklyn could, possibly, have a Katz’s Deli food stall. Or you could, you know, go to the real Katz’s Deli, which is not very far away. Also, there will be pizza, coffee and some other Americanized ethnic food offerings—just like every other food court in America.

The City Council wants to use the nonexistent pied-a-terre tax to pay for 1,000 new cops, Crain’s reports—too bad the tax would have to pass the state legislature, making it both highly unlikely and thus an unwise means to balance a budget. Nonetheless, “City Council leaders say they are confident that, despite those odds, the tax increase will pass, allowing them to spend $262 million more than Mayor Bill de Blasio has proposed in fiscal year 2016.”

A bill that is expected to pass this week is the City Council’s on air quality first proposed last year, which would ban all new fireplaces and wood stoves, according to Capital.

Do fancy mantles and bold paint choices justify the $2.1 million asking price of a Bed-Stuy three-family? Brownstoner seems impressed, but those of us who don’t have significant Brooklyn real estate holding may be alarmed at Lefferts Place mutli-families crossing the $2 million mark.

For those who are hesitating to forge ahead in the Brooklyn buyers’ market with prices seemingly ready to stabilize if not plateau, we’d offer a piece of advice: trust your instincts. Just as everyone who was filled with trepidation whilst walking over Brooklyn Bridge Park’s oddly-bouncy Squibb Bridge should have trusted their instincts. The Brooklyn Eagle reports that the park conservancy has committed $700,000 to fixing the bridge and has yet to ascertain what made it fail so soon after construction.

Yesterday, Brick Underground offered some dubious advice on moving (put some of your stuff in a storage unit for the first few months to complicate matters?), and today DNAInfo offers more solid tips on how to actually hire one. Or rather, how not to get screwed: make sure your mover is legit and get quotes in writing.

As for the Zeigfeld Theater, which Cablevision CEO Jim Dolan recently implied was in danger of closing seeing as how it hemorrhages money, isn’t in any immediate danger, according to Curbed. But fans of the city’s most stunning single-screen movie theater might want to buy tickets to whatever terrible would-be Blockbuster is playing in the Zeigfeld right now.

The renovation plans for another New York institution, the New York Public Library, are finally moving forward again, with a formal request for proposals to be sent out this week to a number of pre-selected architecture firms, according to The Wall Street Journal. This plan would be partially paid for by selling off the Science, Industry and Business library on 34th Street, but no one will actually say how much it might cost. The original renovation plans, drawn up by Norman Foster, were scrapped last year amidst widespread opposition.

Charles Bagli offers his thoughts as to why Robert Durst may have participated in the Andrew Jarekcki documentary that brought him down: to tell his side of the story, to “unburden” himself, and “to drive his brother [Douglas Durst] out of his fucking mind,” as reported by Capital New York.

On the topic of caught and caged creatures: the NYPD caught and collared a coyote in Chelsea yesterday, according to The Wall Street Journal. 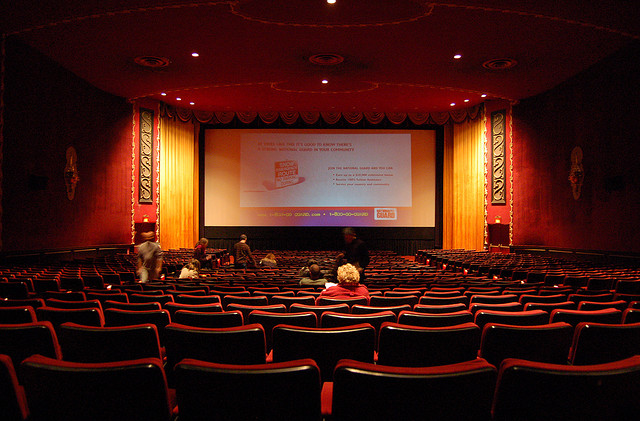