Houses in this market basically sell themselves, right? Well, not quite, but if you’re in mood to try For Sale By Owner, Brick Underground has a few tips including the often-overlooked one of being prepared to pay your buyer’s broker a 3 percent commission even if you’re saving on your own.

Affordable housing advocates have entered the NYU expansion plan fray, arguing on behalf of the university, DNAInfo reports. While they don’t have a direct stake in the development, they argue that the court’s decision to keep the university from alienating de-facto rather than declared parkland could have a chilling effect on future developments.

Citi Bike’s could-be comeback: Crain’s spends some time hanging out with Jay Walder, the CEO of Motivate, the company that’s now running Citi Bike and ponders whether the former MTA honcho can turn the popular but troubled program around. Citi Bike, of course, is the only bike share program that operates without government subsidies (though the corporate ones are substantial). And membership, Crain’s reports, is down 12 percent year over year.

In related news, police are ramping up their campaigns against cyclists in both Park Slope and Fort Greene, according to Gothamist, ticketing cyclists for the illegal but not dangerous—running red lights after checking to make sure it’s safe to do so—and the dangerous but not illegal—texting while biking.

We may all be biking soon, though, if the MTA raises fares and tolls 15 percent, as a top official threatened it may need to if the state doesn’t come through to close its capital funding gap, according to The New York Times.

Meanwhile, the agency is looking to ban all controversial political ads, according to The Wall Street Journal, in a move that they hope might protect it from future lawsuits when it declines to publish hateful speech, which it says endangers the safe and welcoming environment it hopes to foster on its trains. The MTA is currently in the midst of a lawsuit after it declined to run a pro-Israeli ad by the American Freedom Defense Initiative that attempted parody with, “Killing Jews is Worship that draws us close to Allah,” attributing the line to “Hamas MTV.

The residents of Sayler House, a building on W. 165th Street that provides housing for families, the elderly, those living with HIV/AIDS and the formerly homeless have been without gas, heat or hot for three weeks, according to DNAInfo. Volunteers of America, the group that runs the building, said they worked to restore services as soon as possible, but tenants say they should be reimbursed for the inconvenience.

Gas troubles as well for Carnegie Deli, which the city shut down last week when workers found evidence that the hotspot, famed for its towering piles of meat, was siphoning gas, according to The New York Times.  After Con Ed determined that the diversion had lasted for six years, the deli’s owner cut a $40,000 check on the spot, but the lunch spot remains closed while the investigation proceeds.

Last of all, Gothamist reports that Westway, the strip club turned real dance club, is closing down this summer to make way for what else? Condos. 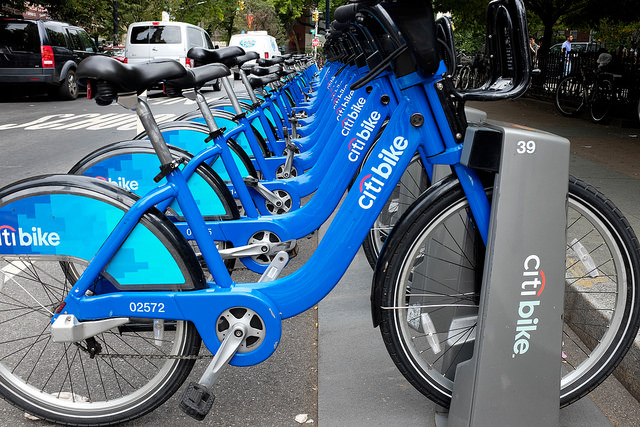