Ebook startup Oyster is moving beyond an unlimited subscription model to include an online bookstore, the company announced today. And all five major publishers are on board.

“With the Ebook store launch, you will be able to buy virtually any book in the world,” Oyster CEO and cofounder Eric Stromberg told the Observer. “As we look to the next two years, we really want to build a brand and a product that’s synonymous with books. For us, this is a big step in that direction.”

Oyster launched in September 2013 as a sort of ‘Netflix for books,’ meaning that a set price gave subscribers access to an unlimited number of titles.

Book publishers, not usually known as early adopters, overcame a longstanding aversion to subscription models and signed deals to make their titles available as part of Oyster’s offerings. In January, Macmillian joined HarperCollins and Simon and Schuster, bringing Oyster’s total number of the ‘Big Five’ publishers to three and allowing Oyster to claim to offer unlimited access to over 1 million titles.

Launching the ebook store with all five major publishers means that readers will be able to purchase titles from Penguin Random House and Hachette, subscription holdouts whose titles are otherwise not available on Oyster. With those publishing houses onboard for the online store, customers can now read books by blockbuster authors such as Gillian Flynn and James Patterson, Mr. Stromberg pointed out.

“We are looking to allow our readers to do all of their ebook reading right here on Oyster,” Mr. Stromberg said.

For publishers still scarred by last year’s protracted and highly publicized feud between Amazon and Hachette over ebook pricing, Oyster’s new retail component would seem to have the appeal of an Amazon alternative. Of course, according to Mr. Stromberg, Oyster’s appeal as an ebook retailer goes beyond that.

“It’s our belief that a world where retailers can’t compete just on price, readers will chose where they want to read based on things like user experience and discovery, and those are things we’ve focused on for a long time,” he said. 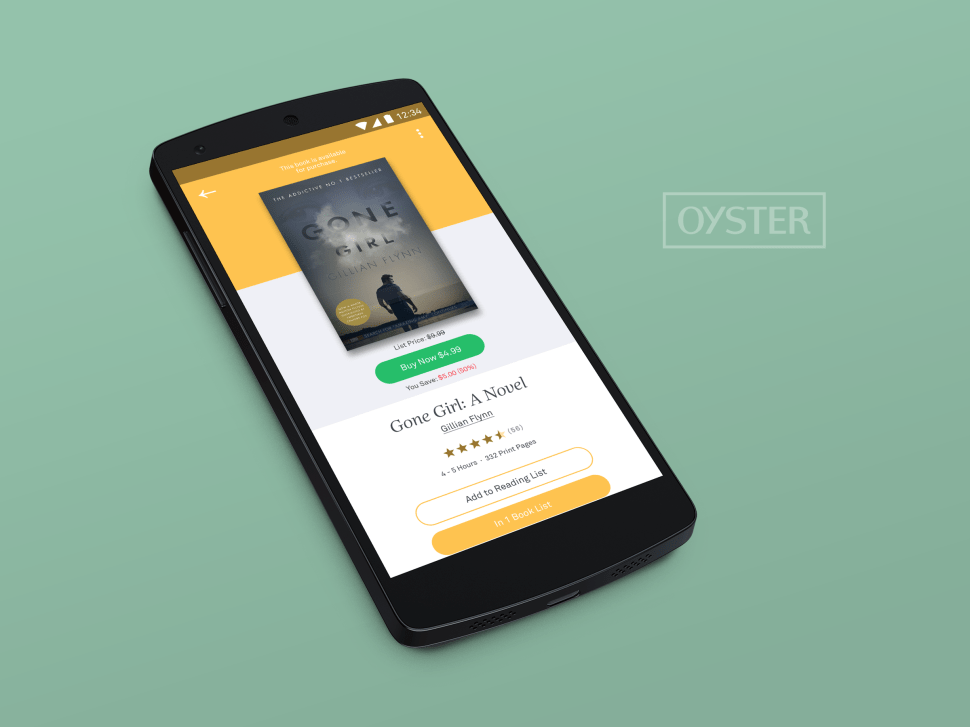