At what price a terrace?

Not price in simple dollars and cents, mind you. Rather, what sort of psychic, emotional toll might a person be willing to pay?

Could, for instance, the lure of a small strip of outdoor space drive someone to deny their father, turn their back on their mother? Could it, perhaps, sway a Mets fan to root for the Yankees? Send a Katz’s partisan to the Second Avenue Deli? Convince a Post reader to pick up the Daily News?

Could it—to get to the real matter at hand here—entice a person to move from the Upper West Side to the Upper East?

It’s not an empty question. While apartments with terraces overlooking Central Park are tough to come by no matter the location, quirks of timing and architectural fashion have made them a bit more abundant along Fifth Avenue than Central Park West.

And so, Westsiders in search of outdoor space can find themselves with a dilemma. A terrace might be easier to come by across the park … but is it really worth making the switch?

In the experience of Douglas Elliman’s Whitney Didier, the answer is no. She says she’s worked with a number of buyers seeking outdoor space on Central Park West, but can’t think of a single such client in the last two years who ultimately bought on Fifth to make their terrace dream come true.

“The West Side and the East Side are very different,” Ms. Didier says. “Generally speaking, when you have a buyer, they are either Upper West Side or Upper East Side.”

The East-West terrace divide stems primarily from Central Park West’s older housing stock, much of which was built before outdoor space became a big selling point, says Corcoran’s Daniel Douglas, who founded the company’s first West Side office in 1986.

“There are some great terraces on Central Park West, but because the buildings are older, there are less of them,” he says. “It’s more the architecture of the ’20s, where terraces weren’t as important as having large apartments. The goal in those days was to create big spaces, not necessarily outdoor space.”

In part, the relative dearth of terraces in prewar buildings is a function of the architectural trends of the day, which favored long, unbroken Beaux-Arts facades, Mr. Douglas says.

Additionally, notes Stribling & Associates’ Kirk Henckels, the city in those days was a rather less pleasant place to be outdoors.

“This was a nasty place outside,” he says. “No one would have considered spending time outdoors in such a filthy, smelly environment.”

A person can find outdoor spaces in classic prewar Central Park West buildings like the San Remo or Eldorado or Beresford, but these are typically connected to penthouses and are fewer in number than in postwar Fifth Avenue buildings like 860, 923 and 945 Fifth, where terraces hang from the facades like rows of oversized flower boxes.

In addition to this basic inventory problem, many of the apartments in these older Central Park West co-ops come to market through estate sales, Ms. Taub says. “And therefore the apartments require a full renovation, which many buyers are loathe to undertake.”

“Oh, of course,” he says, when asked if he has clients for whom only a terrace on the West Side will do.

“You also come across buyers who want to win the lottery or live forever,” he adds. “We try to achieve their goals in all kinds of scenarios.”

Trying to achieve and actually achieving are two different things, however.

“I’ve worked with buyers who have eventually given up on the idea of outdoor space since the right space was just too difficult to find and they didn’t want to spend the next 10 years waiting for the right property to become available,” Ms. Taub says. “Even for people with extremely deep pockets, if it’s not available, they can’t buy it!”

Of course, there are always defectors—the Benedict Arnolds of luxury real estate, if you will. For instance, Mr. Douglas is currently working with a customer who several years ago traded his downtown townhouse for a terrace-less apartment on Central Park West. Since moving, though, the man has come to miss the outdoor space of his former abode and is now looking to move again—this time to an apartment with a terrace.

“He would stay [on the West Side] if he could find something with a terrace, but he’s never going to do it,” Mr. Douglas says. And so, alas, he’s turned his sights eastward.

Another Douglas client is moving from Central Park West to Fifth less for the outdoor space than to be closer to her son. She is looking for a place with a terrace, though, he notes.

Some might say the East Side has the better views anyway, suggests Gabby Warshawer, research director at real estate firm CityRealty.

“The view from the East Side is kind of better than the view from the West Side,” she says, noting that while both sides look out onto the park, Fifth Avenue affords a more classic Manhattan skyline vista.

And what’s so great about a terrace in the first place? When’s the last time you saw some West Side grandee out on one sunning themselves?

He adds that, in fact, the value of a terrace has risen in his estimation since he first started in the business.

“In the old days, I used to believe that a terrace was worth on a per-square-foot basis 25 percent of the interior space,” Mr. Peters says. “I now think it’s more—anywhere from 30 to 40 percent depending on the orientation.”

One reason a terrace might be a buyer must-have? Pets.

“I wouldn’t have bought my apartment unless it had a terrace [because] I want to be able to let my dogs out to get fresh air and things like that when I’m not home,” says broker Barbara Fox.

And Mr. Douglas cites the example of an acquaintance who uses the enclosed terrace of her Central Park West apartment as a home for rescue cats.

“She would never move out of the apartment because of the terrace and the cats,” he says.

Of course, this cuts both ways. Mr. Douglas is also working with a buyer who is interested in buying a place with a terrace but worried about his cat getting loose and jumping off into the great beyond.

“A cat is a very uncontrollable situation,” he says. “You never know.” 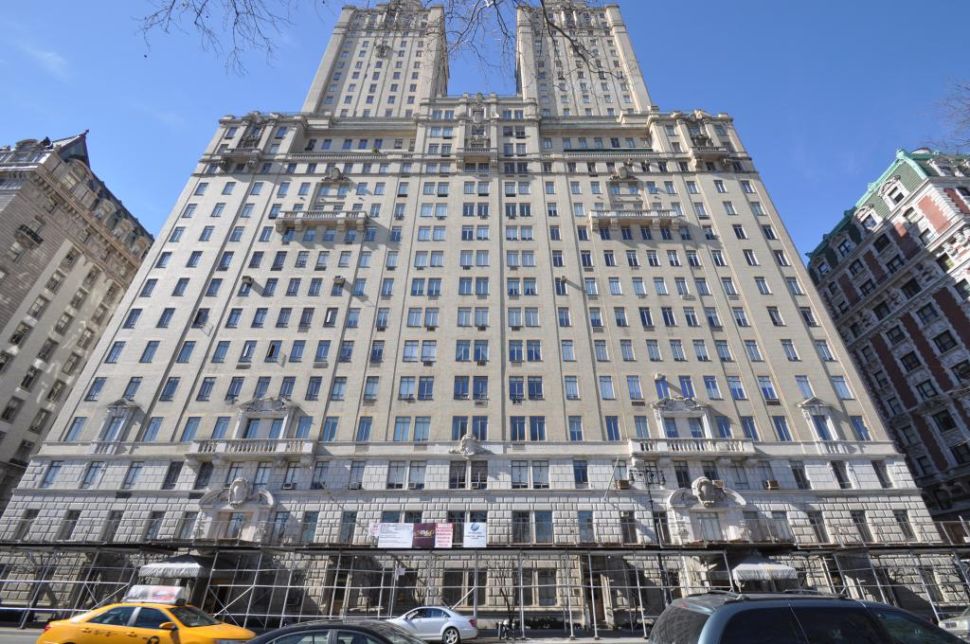