I find that the best part of traveling is seeing, from your airplane seat, the immense panorama below of your destination, just minutes before you land. After a few cramped and uncomfortable hours, there’s nothing like staring out the window onto a pulsating cityscape, indulging in thoughts of the million opportunities ahead. I was particularly ecstatic for this moment in September 2010, upon boarding a plane from São Paulo to New York with a one-way ticket, ready to spend four years in one of America’s most prestigious academic institutions.

It turns out my enthusiasm for that moment faded as quickly as it built up. Upon my arrival at John F. Kennedy International Airport, the fantastic view I had of Manhattan’s skyline was abruptly followed by a slow and colossal line at customs. As I stood for hours on the non-residents’ line and watched U.S. citizens and green card holders sprint by, I hoped I would find a chance to receive a better welcome once I put my education to work and became an active contributor to the American economy. The reality was in fact the opposite—America’s immigration policies had only begun to take a toll on my well-being.

Trust me, the problem is not the place itself: there are few places I love more than America and indeed, the bright and enticing lights of Manhattan are all I imagined them to be. Economic opportunities abound and few places permit as much personal growth and authenticity as much as the United States. But in its current form, this country’s thoroughly dysfunctional immigration system eventually consumes an unreasonable amount of time, money and mental health of its international students. Ever since I arrived, it has restricted my work opportunities, put me at a disadvantage relative to my peers, and turned my long-term professional plans into a gamble. The burden of maintaining your immigration status has reached an overbearing point and is unlikely to change in the short term, so I would advise international students to seek career opportunities abroad once they graduate.

Some of the struggles faced by international students in the US are already familiar to anyone who ever needed a visa issued in order to visit Uncle Sam. It’ll take a few hours in line at the consulate and piles of paperwork to get anywhere, even if you have an acceptance letter to an American university at hand. The next steps are the even longer lines at immigration upon landing, usually served with a side of awkward personal questions and punctuated with visits to The Room, that sneaky corner office before baggage claim where Customs may subject you to even more awkward inquiries, not to mention the occasional abuse and harassment. Having firsthand witnessed an officer yell at an African girl who couldn’t understand his accent, and another who demanded that a Russian girl empty her purse in front of him to show she could afford her trip, all upon my latest arrival, I can barely estimate the colossal amount of sweat and tears shed on those purgatorial chambers every day. But that’s what most travelers are expected to cope with anyway, so you deal with it. Because it’s America, and America seems worth it.

Well, when is it that dealing with immigration become less worthwhile? On a day-to-day basis as a student, even more unreasonable restrictions emerge. International students are not allowed to work off-campus for pay in the United States without making use of a total work extension of twelve months, called Optional Practical Training (OPT), that can be used during or immediately after your undergraduate studies. Until you find out that each time you decide to use a piece of your OPT, you have to pay 380 dollars, which is often a large chunk of your paycheck at any entry-level job. This means that, most often, foreign students wind up interning for no pay (if they can afford it), or working at some uninteresting campus office (unless it’s sponsored by work-study, in which case they’re ineligible). In the meantime, their American counterparts are scoring jobs that align more closely with their careers, and likely pay better. The IRS is still eager for our kind to pay up, though: foreign students who make money still owe taxes like anyone else, with negligible discounts.

If working through visa issues in college can be a nuisance, after graduation it becomes the stuff of nightmares. It’s likely that a few of your immigration documents will expire before your work extension, requiring numerous trips to your alma mater or even a U.S. consulate in your motherland just to safeguard your freedom to move in and out of America. If you’re lucky enough to score a job immediately after graduation, there’s a high chance your employer will refuse to support your application for a work visa, known as the H1-B, because of the legal costs they will incur when applying to sponsor you. Even if you happen to work for one of the few multinational giants or well-funded start-ups that can afford such fees, get ready for a rough ride. Because of an arbitrary cap set by the U.S. Congress amid the depths of the 2008 financial crisis— which has been stuck at that level because somehow Reps and Dems can even remain gridlocked on issues they agree on — one’s odds to get a visa quickly declined from 62.5% in 2013, the first year the cap was reached, to 30.5% this year.

Now if you have any familiarity with my background, you’ll ask: you’ve made the decision to stay, so why are you telling others to leave? While I cannot deny nor underestimate the value a year of work in the United States has added to my professional and personal development, the uncertainty of depending on a visa has clouded any possibility of long-term planning in my life. Unlike other work visa distribution models in other developed countries, the H1-B lottery does not account for skills earned, taxes paid, or years spent in the United States. Instead, it pits international undergraduate student who have grown roots in the US against individuals with no connections to the United States; in fact, the majority of H1-B visas applications come from offshoring and outsourcing firms, who bring employees on short stints to learn tasks they can later cheaply reproduce elsewhere. Meanwhile, people who have lived in America, studied in America, made friends in America, paid taxes in America and loved in America are thrown into an obscure application process that can last months; in recent years, it has even become common for rejection notices to come only after the expiration of your work extension, which effectively throws you into an ambiguous legal void where you can continue working until the day that dreaded USCIS email pops up on your inbox.

As I write this article I have no idea of what I’ll be doing or where I’ll be in two months, despite having worked hard—and been incredibly lucky and privileged—to secure a job and a living in America. My coworkers are mired by the prospect they might have to spend a whole other year hiring and training someone to replace me. And those to whom I’m less replaceable—my friends—are also struggling to fathom what will be of our connections if I am forced to go. I’ve received plenty of vocal support from American friends and even strangers, who say things like “our country needs to retain and employ young bright minds like yours.” Firms that depend on foreign talent are also speaking out, and Big Tech has even created a lobbying group to convince Washington of the benefits of immigration reform.

However, as a non-citizen worthless for electoral purposes who isn’t desperate enough to fake-marry for a visa or swimming in enough cash to buy one, all I can do is wait. My effort is worthless because all that matters is chance, and that has taken a toll on my employer, my friends, my family and myself.

There was a time when young people like Mike Krieger could move to America, start their own businesses and become some of the world’s most successful entrepreneurs, and all because of America’s incredible capacity to attract, identify, train, and rocket-launch the world’s most promising talent. That capacity is still there, but as of right now, it is barely accessible to international undergraduates and requires venturing a path that has grown consistently thornier over the last few years. To us international students, our undergraduate years in America are beginning to look increasingly like Manhattan’s lights seen from a plane window — there, definitely there, and not far, but blurred, transient, and ultimately inaccessible. Despite the uncertainty ahead, I know I’ll be fine, professionally and otherwise, if I move back to São Paulo, my bustling hometown. Could I say the same of friends flying back to places where opportunities are scarcer? Well, they’re some of the most dedicated and inspiring people I know, so I do believe they will accomplish big things wherever they end up. It just disappoints me that it won’t be in America, and if you earnestly believe that this country ought to retain the best talent it can develop, it might disappoint you too.

Bruno Rigonatti hails from São Paulo, Brazil and is currently an analyst at J.P. Morgan in New York. He graduated last year from Columbia University with an undergraduate degree in economics and political science. He can be reached at bruno.r.mendes@gmail.com. 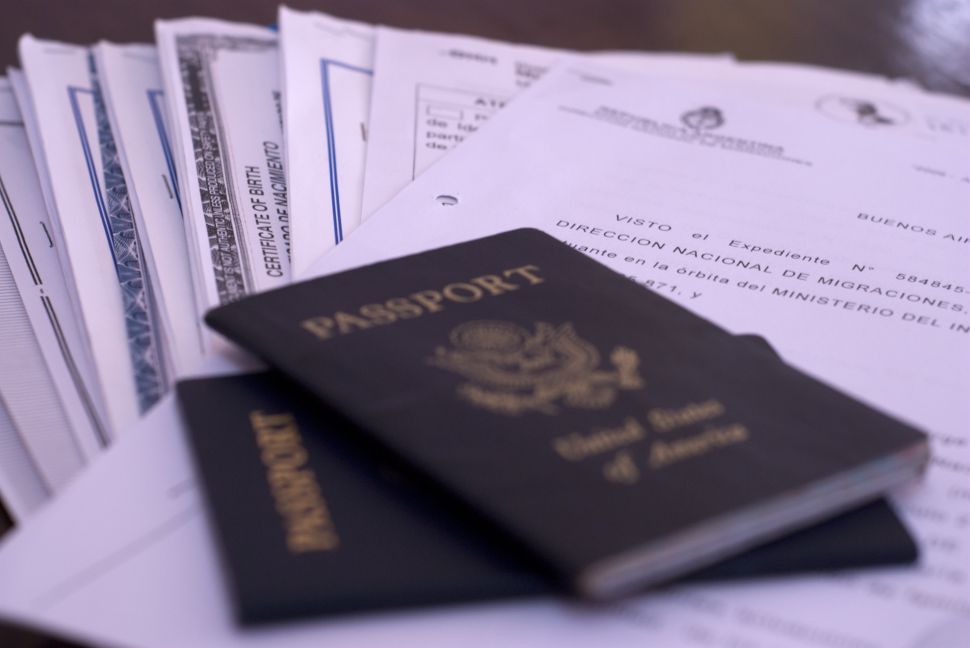