In this past week, 18 Palestinians have been killed in a Palestinian refugee camp, including a 12-year old girl and a relief worker.  The horrific situation there would normally generate waves of shock and news coverage, except for one simple fact: Israel was not involved. The Yarmouk Camp in Damascus, Syria has reportedly seen its population shrink from 180,000 to 18,000 in the past two years. Humanitarian relief has been denied, and it is said that there is no , medical or food supplies available.

Why is there not more alarm and attention paid to this issue? Al Jazeera has reported that since April 1, the “last remaining relief workers in the camp have been forced to flee.”  The situation in Syria is dire, with more than 6.5 million Syrians having been displaced from their homes, and an estimated 225,000 people being killed in a brutal civil war over religious beliefs and land, which is raging on.

How tragic is it that more eyes are not focused on this conflict in which thousands of innocent lives have been lost? Truthfully, for the simple reason that the Middle East country where the dispute is taking place is not Israel, Arab leaders, liberal Jewish organizations, self-proclaimed human rights organizations and even the media pay little attention to the conflict. Yet, when Palestinians and Israel are enraged in disputes, the coverage is endless.

When the United Nations Human Rights Council devotes the majority of its resolutions to Israel, and rarely focuses on the tragedies that occur within Syria and other Arab nations, it is evident that politics rather than genuine concern for life drives the interest. All life and true peace in the Middle East should be weighed equally and deemed important, but sadly it is not.

Israel sees it differently, and cares for those who may otherwise be its sworn enemies. At least 1,500 Syrians have been treated so far during the raging civil war by Israeli hospitals. Palestinians who live in Syria have come to Israel’s Northern border, and are taken in by Israel for care.

When I opened the New York Times this morning, the raging Palestinian refugee crisis in Syria was not on Page A-1 – nor was it reported at all in the paper. I tuned in to CNN, ABC, or even on email alerts I receive daily from news organizations; nothing.

We hear of no plans for “aid” flotillas for these Palestinians in Syria who desperately need humanitarian assistance. Similarly, there are no protestors shaking their fists in protest of the terrorists who are harming Palestinians – as they do endlessly at the Israel Defense Forces, the most humanitarian army in the world. I was expecting at the very least a press release from the New Israel Fund or J Street condemning butchery, but alas, they issued none. All innocent lives lost are tragic – yet the double standard also goes unnoticed, even while Israel cares for the wounded in wars that are not their own.

Farid al-Ghadry, the Syrian-born co-founder and president of the United States-based Reform Party of Syria, a party lobbying for regime change in Syria noted in 2011 that Muslims weren’t speaking out:

“It is unconscionable to think that people are dropping like flies on Syrian streets, the injured are hiding in private homes to avoid capture or cold-blooded murder, the funeral processions are being shot at with many killed at a time they bereave the dead, the detained are tortured and many die and are buried in mass graves, yet the international community seems only willing to extend words of comfort. Where is your conscience people?

….Our injured, attacked by the snipers of your dear friend Assad, cannot go to hospitals for fear of being either killed on the spot or arrested to die under torture. Or does that not fit with your understanding of what a human tragedy is? Are Gazans better people than Syrians? Is Assad too dear a friend for you to bother?

Where are the young tiger Princes of al-Saud to overthrow everyone over 80 who clings to power like a sick patient clings to oxygen? Have you become too comfortable for your own good? Wake-up Bandar bin Sultan. This is your time. Where are all the Arab leaders and the Arab League? The cowards hosting dinners to celebrate their fat bank accounts while our people die in front of their eyes?”

Through the lack of humanitarian interest for Syria’s Palestinians who live in refugee camps, to the constant lack of focus on Muslims killing Muslims throughout the Middle East, it is clear that the politics of those wishing to harm Israel surmounts the desire to help those in need.

The American administration endlessly harps on Israel yet ignores the needs of the Palestinians in refugee camps in Syria – Why? Where are the efforts to start peace talks to save the lives of Palestinian Arabs living among other Arabs?

All innocent bloodshed is awful – yet for some reason it seems that Palestinian Arab blood only matters when it is shed in Israel.

In May 2011, in Washington, D.C., Israel’s Prime Minister Benjamin Netanyahu noted to a joint session of Congress, “In a region where women are stoned, gays are hanged, Christians are persecuted, Israel stands out. It is different. … As the great English writer George Eliot predicted over a century ago, that once established, the Jewish state will “shine like a bright star of freedom amid the despotisms of the East.” Well, she was right.  We have a free press, independent courts, an open economy, and rambunctious parliamentary debates.”

I call upon all of those who regularly harangue Israel to immediately help those Palestinian Arabs who are genuinely in need – in Syria.

Ronn Torossian is the author of For Immediate Release and founder of 5WPR. 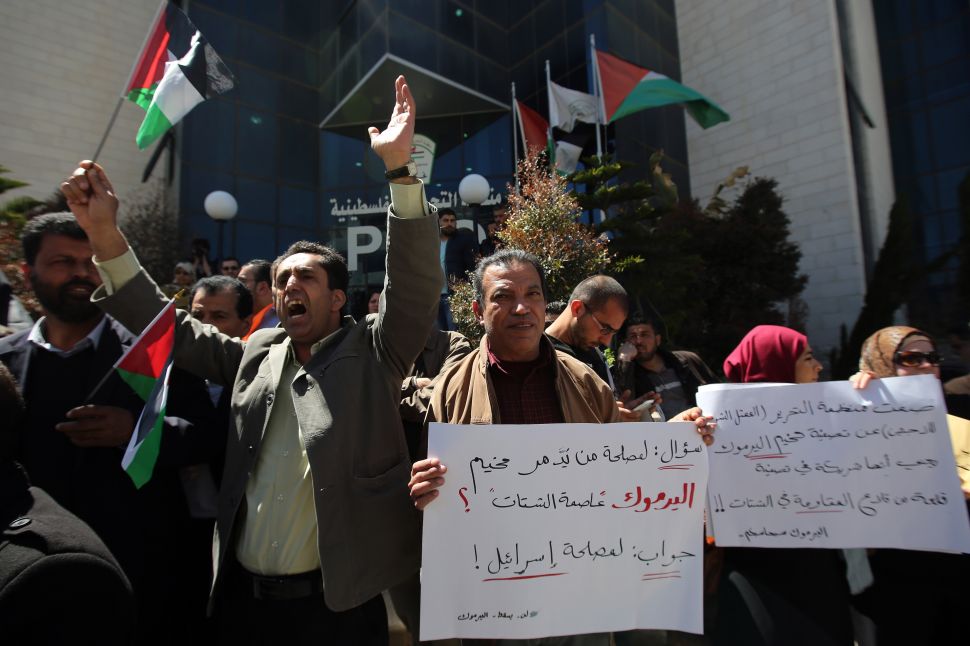