The book cover, released earlier today, depicts a younger Ms. Smith sitting at Cafe ‘Ino in Greenwich Village the day before it’s closure. This picture, which Smith told Entertainment Weekly was “the first and last picture at my corner table in Ino… My portal to where,” marks the beginning of the book. Following her time in the Village, readers will travel with Ms. Smith through eighteen “stations,” from stops in Mexico at Frida Kahlo’s Casa Azul and an Arctic Explorer’s Society meeting in Berlin, “to the graves of Genet, Plath, Rimbaud, and Mishima.”

Just as her memoir, Just Kids–released in 2012 to rave reviews–followed her relationship with artist Robert Mapplethorpe, M Train will touch on the relationship and loss of her beloved husband, “Fred,” known to the public as the late Fred “Sonic” Smith of MC5.

Along with her second memoir, Ms. Smith will be celebrating the fortieth anniversary of her debut album, Horses, and a re-release of Collected Lyrics in hardcover with Ecco later this year.

M Train is expected to be published through Knopf Publishing on October 6, 2015. 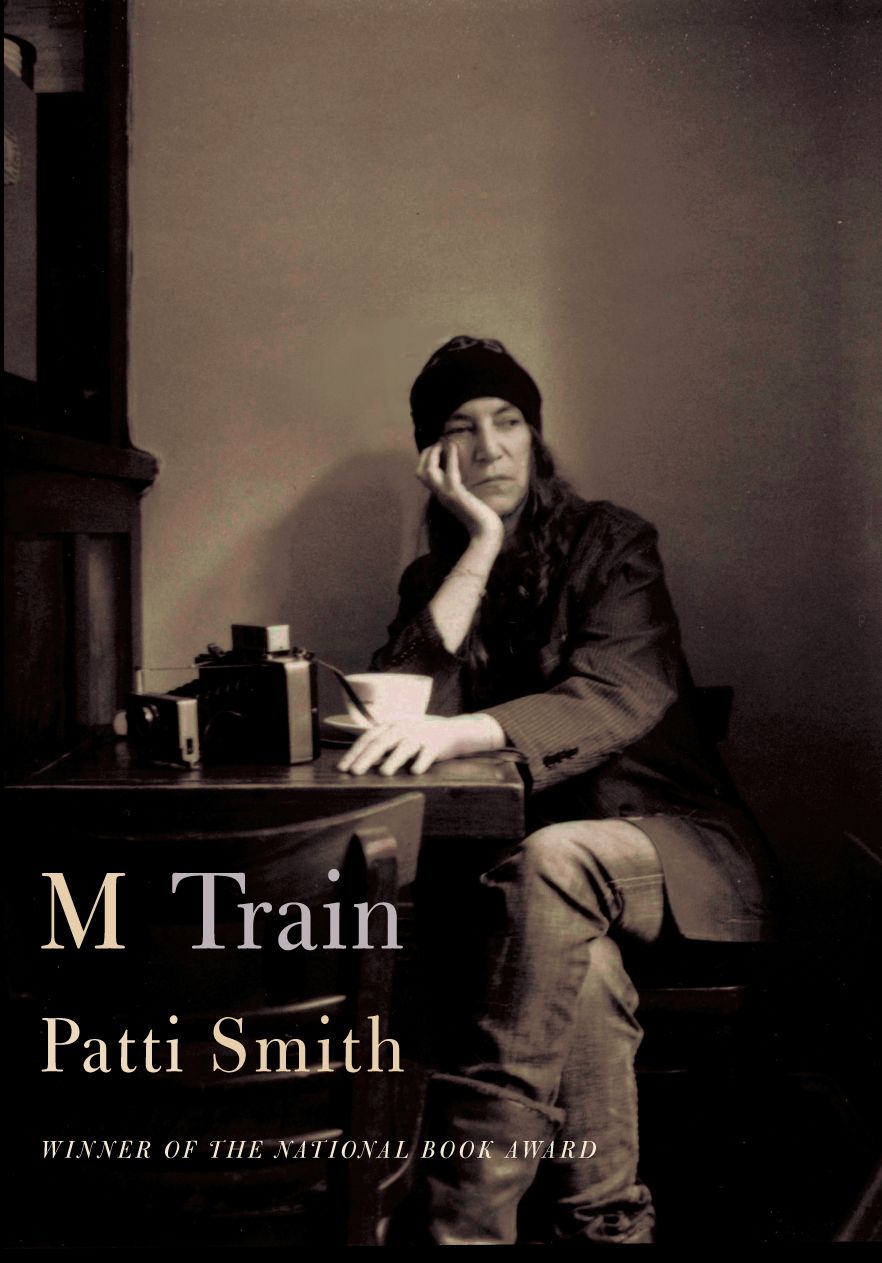