The two Bronx officials, both of whom participated in the protest, related with disgust police “indiscriminately” shoving and arresting activists attempting to block the street, which resulted in 143 people being taken into custody. The demonstrations were intended to express support for similar actions in Baltimore, Md., where black civilian Freddie Gray died after mysteriously sustaining damage to his spinal cord while in police custody.

Mr. Blake claimed to have witnessed an NYPD officer strike a woman sitting in the street with a baton, then walk away, last night

“The focus of today is the fact that the response from the police was overzealous, exaggerated and not in response to anything violent that the protest did, because the protest was non-violent. And yet, the response from police was violent, and we request, we demand responses,” Mr. Rivera said. “The police should never be aggressive. The police are supposed to defend, right? They’re supposed to serve and protect.”

The two said they had met privately with top administration officials, whom they would not name, to voice their grievances and demand an official denunciation of the NYPD’s behavior. But Mr. de Blasio irritably defended the law enforcement response to last night’s demonstrations this afternoon, arguing that protesters had disobeyed direct orders not to obstruct traffic. 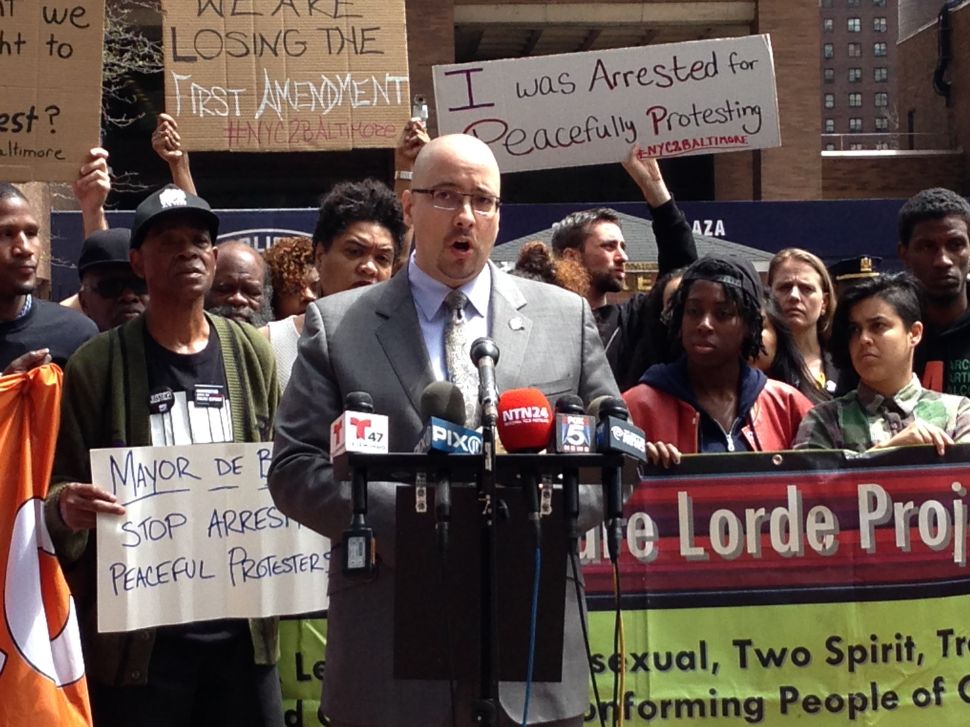