At the end of March, two weeks before he declared his candidacy for President, Marco Rubio visited New York City’s Upper West Side to meet the moneyed class and hand out his new book American Dreams: Restoring Economic Opportunity for Everyone. In a gorgeous apartment overlooking the Park and the Museum of Natural History, Mr. Rubio delivered a spellbinding speech, skewering the president and articulating a cohesive worldview, especially in the arena of foreign policy. The smart and funny senator from Florida also took questions on all topics, impressing the room of well-heeled elites, plus journalists like Bret Stephens and John Podhoretz, with the poise that has earned him a reputation as the best communicator in the Republican Party.

The son of a bartender and a housekeeper who emigrated from Cuba, Marco Rubio’s life story reads like something out of a fairy tale.

What you see below is a photograph from South Miami Senior High School’s annual talent competition.

The team nickname at South Miami Senior High School, which Mr. Rubio was graduated from in 1989, was the Cobras. Every year there was a male talent competition for “King Cobra” and in 1989, Mr. Rubio and some of his football teammates wowed the crowd with a Chippendale’s style dance routine. That’s him in front of the O in “Cobra” with the washboard abs (eat your heart out, Aaron Schock!).

In his first book, American Son, Mr. Rubio discusses the King Cobra contest—but not this one. Recounting how he sang the Lionel Ritchie weeper “Still,” Mr. Rubio reports that he “had a decent singing voice” and so decided to sing his number instead of lip synch. “For laughs, I adopted an obnoxiously braggadocio personality. I strutted around the stage, smirked, threw my microphone and stalked offstage after I finished the song. My friends got the joke. The judges did not — they voted me second to last.” The Chippendales performance didn’t make it into the memoir.

Anyone’s who’s seen the ESPN 30 for 30 documentary “The U” knows that Miami in the 80s was a cauldron of colliding American trends. Racial unrest and conspicuous consumption found their way onto the tv screen via “Miami Vice” and the easy-money culture of junk bonds and cocaine was reflected at SMSH, as well.

SMSH was three quarters Hispanic, according to The Serpent’s Tale, the school newspaper. Mr. Rubio, having just moved to Miami from Las Vegas, felt out of place in a city that was bubbling with post Mariela political fervor and the excesses of the 80s. According to The Rise of Marco Rubio, by Manuel Roig-Franzia, “the cover of the school yearbook depicts a coiled cobra clutching $100 bills in its tail.” The student body goal was “to win the jackpot.”

Mr. Rubio didn’t need a jackpot. As an undersized but fast defensive back for the highly ranked SMSH team, Mr. Rubio lost his starting spot to a faster teammate. In one of his memoir’s most compelling sections, Mr. Rubio details how some Hispanic teammates tried to gin him up by suggesting that Mr. Rubio create a beef with the coach, who they accused of favoring black kids.

“I had been the only non-African American starter on the Cobra’s defense, and one of only three white starters on the team. …. [but] I had been replaced by a bigger, stronger and faster kid who made more plays than I did. That’s all there was to it.”

Already possessed of leadership skills, he impressed a scout enough to earn a partial scholarship to Tarkio College in rural Missouri. 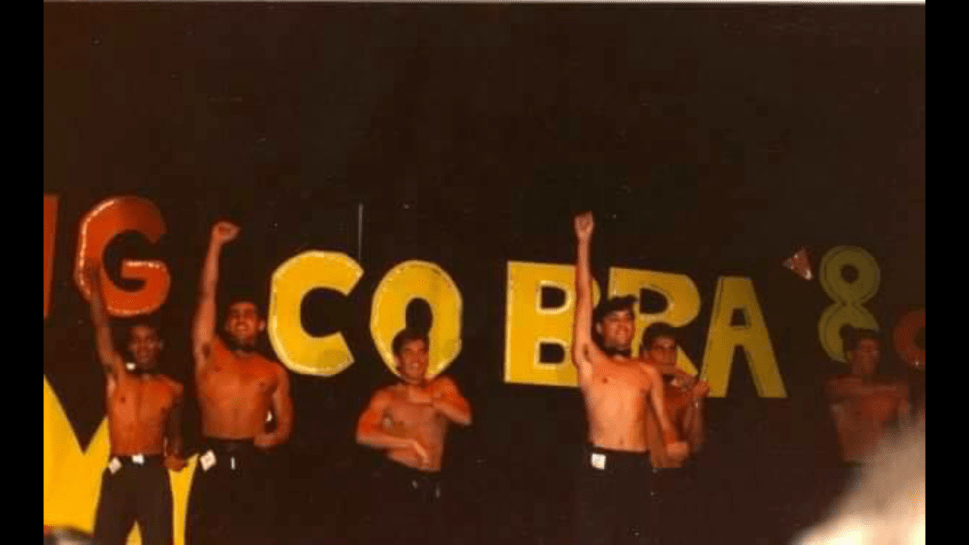