Everybody’s got a horrible-first-week-at-the-new-job story that they don’t mind trotting out at dinner parties on occasion. Matt McCarthy’s is better than yours.

Which is to say: Matt McCarthy’s is worse than yours. Seven years ago this summer, McCarthy was fresh out of Harvard Medical School and beginning what for most young doctors could only be considered a dream internship at Columbia University Medical Center in New York City. As he recounts in The Real Doctor Will See You Shortly, a just-published memoir detailing his first year as a freshly minted M.D., McCarthy and the medical profession immediately got off on the wrong foot when his misdiagnosis nearly resulted in the death of a cardiac patient.

Once his mistake was uncovered, McCarthy expected some kind of semi-public shaming from his more experienced colleagues—but strangely, it never came. After weeks of silent but torturous self-recrimination, he finally brought it up himself to a fellow doctor, and was shocked to discover what all of those more experienced colleagues had already learned during their first years: Doctors make mistakes all the time. Sometimes they’re big; sometimes they’re small. So long as your mistake doesn’t actually kill somebody, McCarthy was made to understand, the best thing to do is probably just to learn from it, without obsessing over it too much. Splash some cold on your face, coffee up, and move on to the next patient.

And there’s always a next patient. After McCarthy’s terrible first week at the new job, the remainder of his annus horribilus at Columbia had its fair share of peaks and valleys. (The lowest point in the deepest valley certainly had to be when he accidentally jabbed himself with a needle he had just used to withdraw someone’s HIV-infected blood.) But McCarthy, who now practices and teaches at Cornell (and who is also the author of a previous memoir, Odd Man Out, about his days as a minor-league baseball player), didn’t ever let discouragement and self-doubt get in the way of what he knew to be his primary job at the time: shifting his focus from studying medicine to actually being a doctor. As he learned during that first year, those are two very different things. And as he told me in a recent interview, the distinction is something that they don’t necessarily cover in medical school.

Do medical students have any idea what they’re getting into? So much of your book seems to be about all the different ways you came to realize that medical school hadn’t adequately prepared you for the day-to-day realities of being a doctor.

Medical school is sort of like watching a bunch of people skydiving. And then your first day of actually being a doctor is like being pushed out of a plane. There’s no way to fully prepare you for it.

The everyday stress that you encountered during that first year is mind-boggling. It’s like having a ridiculously difficult job in a workplace where you have to deal with all of the normal office politics and co-worker egos, except that you also have to regularly put in 30-hour shifts, and people can die if you make a mistake. It made me wonder if perhaps medical schools aren’t telling students all of this stuff for a good reason.

My wife, who’s also a doctor, talks about her own first week as an intern: As she was leaving work one day, she was walking towards the parking lot, and a car was coming toward her. And she recalls thinking at the time: I hope this car hits me. Last year there was a suicide at Columbia, where I trained; a first-year doctor took his life. And then three days later a first-year doctor at Cornell, where I work now, took his own life. At my hospital we spent a long time talking about it. Were these suicides occurring because of something completely unrelated to the stress of being a doctor? Were there mental health issues that had gone undiagnosed? Or could it actually have something to do with the way we treat our first-year interns? Among other things, I want the book to be something that first-year doctors who are struggling can read and think: Okay, I’m not the only one who’s struggled. There’s a way to survive this.

About a month into your internship at Columbia, your mentor – a second-year resident – had you participate in a failed attempt to resuscitate a man who had flat-lined during cardiac arrest. Was that the first time you had ever witnessed a death?

It was. In medical school I had practiced CPR dozens of times on a crash-test dummy. But I’d never been in there pumping away on a chest, watching someone die. And I was just completely steamrolled by it. I saw how fallible I was. Sometimes things just go badly. After that person died, I remember thinking: I’ve got to figure out a way to build up some emotional calluses so that I’m not reduced to a blubbering mess every time a patient dies. But the trick is to do that in such a way that you don’t become a jerk who’s unaffected by very sad, devastating things. Seven years on, that’s something I’m still struggling with.

As far as workplace mishaps go, accidentally jabbing oneself with a syringe filled with HIV-infected blood has to be up there. But one thing that surprised me about your account of that whole episode was how understanding your colleagues were.

I was surprised, too, at how much it was just like: “All right. Let’s move on.” So many doctors who have read the book tell me, “You know, your intern year reminded me so much of my own.” And I always want to say to them: Seriously? Because, I mean, I made this colossal mistake in my first week there that could have killed a patient. And then I almost got HIV from a screw-up. But whenever I talk to other doctors about that year, they all say, “Well, the nuances of your particular experience may have been different from mine. But I went through something that felt like that. I went through questioning whether I even belonged there.” It turns out that plenty of doctors have stuck themselves with needles, and made all other kinds of big mistakes.

In my year, there were 40 interns. Five of them left. When I was taking all those HIV pills, and I had diarrhea and I was barfing all the time, I do recall thinking: I could have gone into finance and done just fine. I’m not religious, but I remember staring up at the sky at one point and asking: Is this part of some master plan to fuck with me, to see if I really should stay in medicine? But then – after I got over that initial turmoil – I think that I probably just wanted to prove to myself that I could stick with it, even though I wasn’t really enjoying it.

And from the sound of it, on a day-to-day level, there was so much not to enjoy. For example, one night you had to do a “poop check” for one patient, which basically entailed sifting through a bin filled with frothy liquid excrement to look for tiny bags of heroin that had been swallowed, and passed, by a terrified 19-year-old drug mule who didn’t speak any English.

So many people get into medicine because they’re really good at science. But they have no idea about the transition they’re going to be making from studying organic chemistry in the library to all of this weird … stuff. I’ve been in medicine for a decade now, and it never gets any less weird.

At one point, your mentor told you that he had just finished intubating the blocked airway of a patient, and that “all this shit came out” when he put the tube down the patient’s throat. You assumed that he was using a crass colloquialism, but in fact he was being literal.

Sometimes patients who are demented can do strange things in the hospital, especially very late at night. There are people who’ll scoop up their own feces and swallow it. Or maybe they’ll have explosive diarrhea, and they’ll be stuck in this bizarre position in their beds so that they’ll somehow ingest it. I’ve seen it a number of times. You’re wondering to yourself: Why did this patient of mine just suddenly flat-line? Why aren’t they breathing? So you stick a tube down their throat to try and create an airway, and all this poop comes out. And then you’re just standing there thinking: What have I gotten myself into?

As shocking as that anecdote was, even more shocking to this reader was learning just how big a part guesswork still plays in the practice of modern medicine. We like to believe that our doctors are always 100 percent sure of whatever it is they’re telling us, that in looking at our x-rays or blood-cell counts they’ve “cracked the code” of our illness, and solved the puzzle definitively. But as you show, there’s actually a lot of discussion and debate that takes place among medical personnel before a doctor comes to you and says: You have this problem, and we should take this course of action.

If you were to come into the hospital tomorrow with kidney failure, one doctor might say, “I know what causes kidney failure; it’s caused by X.” But then a cardiologist might look at you and say, “No, actually your kidney is failing because your heart’s not pumping blood properly. It’s a heart issue.” Then someone else might come in and say that your heart’s not working properly because it’s really a lung issue. It’s hard for some people to wrap their heads around the way the training process works, where new doctors are actually “learning” on patients. But part of the deal of going to a training hospital for treatment is that you have to put up with that medical student, and that intern, and that second-year-resident, all in exchange for getting the knowledge and expertise of the senior physicians who’ll be coming in later that day, probably to contradict the earlier ones. It’s not a perfect system. But it’s a pretty good one, I think. It’s really tough to teach someone how to be a doctor. 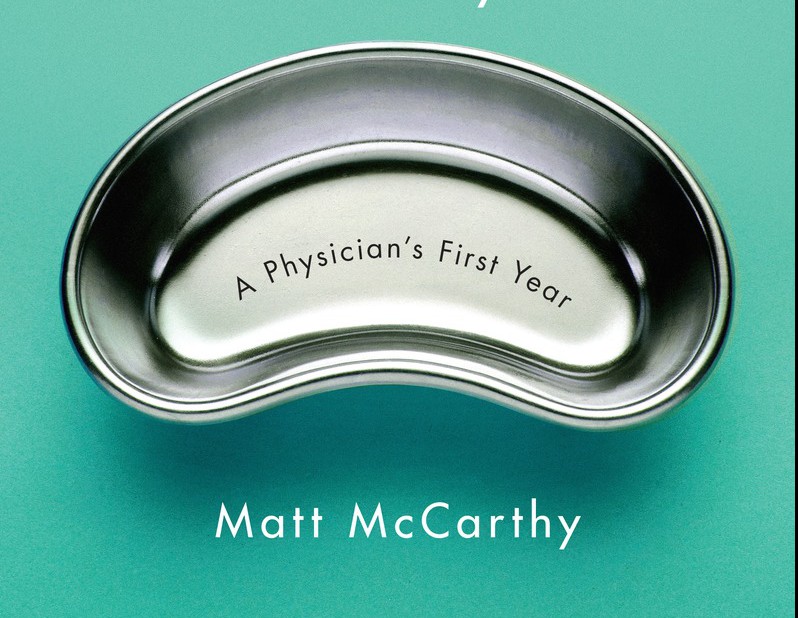