What is going on with Russia?  Suddenly, Russia is snuggling up to Iran? And they’ve decided to loosen restrictions on their missile sales to Iran.  So much so, that they will be delivering a shipment of S-300 missiles to the Iranians as soon as they can put the package together.

There are several reasons behind this policy change.  Primarily, the Russians want to snub the Americans. Given the way the United States tried to embarrass Russia after its Crimea land grab and still continues to embarrass them with regard to Ukraine, it makes perfect “tit for tat” sense from the perspective of Moscow. From here on in until the unforeseeable future, Russia will continue to do everything in its power to sabotage US interests—especially in sensitive diplomatic arenas.

The United States sponsored and drove home a nuclear framework agreement that will lift sanctions and normalize trade with Iran. And so Russia withdrew its restrictions on Iran in order to deliver the S-300’s.

Israel was informed by the Russians of their decision to lift the sanctions and make the delivery right before it was made public. While Israel is very troubled and concerned, it was a reaction they expected from Russia. Israel, after all, fully understands reactions that are an outgrowth of the US-sponsored framework agreement with Iran. Not only does Israel understand, they commiserate with Russia.

In 2007, Russia signed an $800 million missile deal with Iran. Because of the sanctions and international pressure, Russia never completed the deal. In 2011, Iran sued Russia for $4 billion in an international court in Geneva for breach of contract and for losses. The decision is still pending.

There are some very serious issues at play with the Russian-Iranian deal. Russia no longer makes the S-300 missile. They discontinued the model in 2011. They now produce a much more advanced missile, the S-400.  It is unlikely that Russia will substitute the new weapon for the older model.  I am being told, on very good authority, that Russia has begun collecting all the S-300’s they can appropriate in the field and will ready them for transfer to Iran. Then Russia will replace their own S-300’s with the new S-400’s.  They are telling us that as soon as their leadership provides the OK, the missiles will be shipped. That all legal roadblocks to the transfer of weapons have been removed and they are ready to go. That this deal was outside the rubric of the sanctions from the start.

It will take some time for the Russian missiles be transferred and Iran still needs to be trained on this new weapon.  If Iran was in possession of the S-300’s right now, Israel would have a much more difficult time planning an air strike against Iranian nuclear facilities.  In fact, Israel is so calm about this transfer of the S-300’s, I am convinced that they must already have a strategy to combat Russia’s gift to Iran. Or they believe that the shipment will never arrive.

Another reason explaining the Russian move to court Iran is Russia’s desire and to reinsert itself into the Middle East as a major player. Israel and Iran are both players in Russia’s carefully orchestrated plan. One of the ways that Russia has already become a player in the Middle East is by supplying weapons and training to various other regimes in the region. Once again, Russia is out to beat the United States at its own game. Russia plans to unseat US influence and to position itself as the alternative to US hegemony.

Russia has the ability to ruin US plans at almost every turn—and so far they are doing a very good job of it. Since the very inception of the conflict in Syria, Russia has, together with Iran, successfully propped up Assad of Syria.  Another example of a Russian foreign policy decision deliberately directed at sabotaging the United States.

And finally, Russia needs oil prices to stop falling. Russia is the largest producer of oil in the world and if sanctions are lifted, Iran will produce more oil than they already do and the price of oil will continue to fall and fall.  To incentivize the Iranians not to play the oil game, Russia has assured Iran that they will provide them with agricultural technology and even oil if needed in the interim in what is called an assets for oil deal.

Russia’s plan is working. They are repositioning themselves and they are becoming an even bigger and more powerful force than they were before feeling challenged by US interests.

For its part, the White House expressed disappointment with Russia. But really, what is the message the US is conveying? What do they expect? The US has no idea of how to even counter the challenge the Russians are placing before them. The U.S. could not counter in Crimea or Ukraine and now the Middle East.

Russia has thrown down the gauntlet and the United States is just staring at it.

WILL ISRAEL TURN TO RUSSIA? 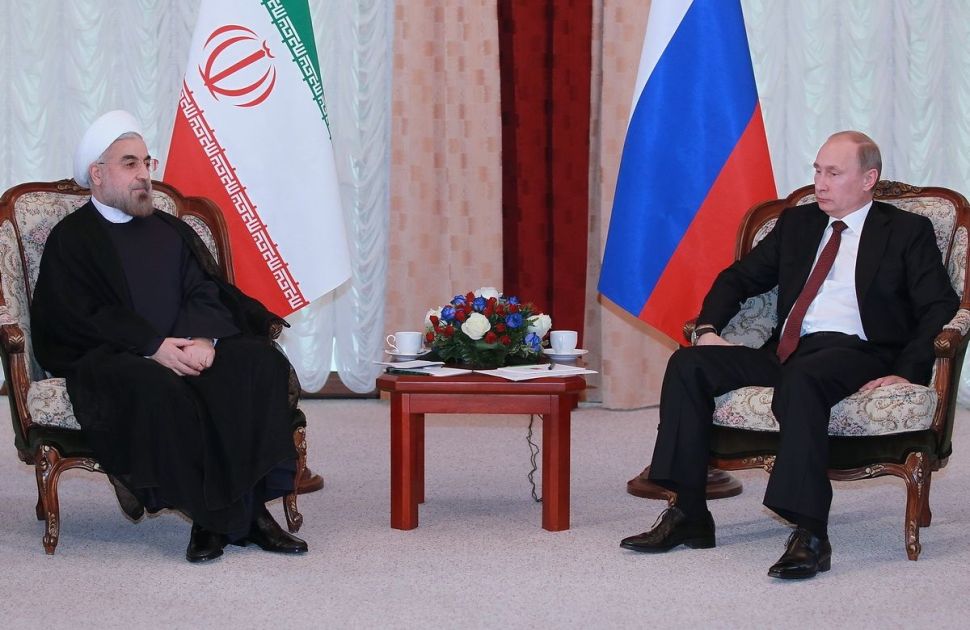