Congressman Gregory Meeks, a Queens Democrat, rebuked an array of state and city politicians who urged him to reconsider his support for a controversial free trade deal called the Trans-Pacific Partnership.

In an April 17 letter he shared with the Observer, Mr. Meeks pushed back against TPP crticisms from State Senators Joseph Addabbo, Tony Avella , James Sanders and Leroy Comrie, along with Assemblywoman Michaelle Solages and Councilmen Daneek Miller and Donovan Richards—all Democrats representing districts that overlap with Mr. Meeks’. Mr. Meeks asserted that the TPP, which would ease trade barriers and a host of regulations between the United States, Australia and several Asian and Latin American nations, is necessary in order to ensure American leverage in global commerce and to expand and preserve New York jobs tied to the international economy.

“Global trade is a reality and trade agreements are the tracks on which global trade runs,” Mr. Meeks wrote, painting the TPP as an inevitability. “The fact is trade agreements are going to happen whether or not the U.S. is engaged. If the U.S. is not at the table negotiating for trade standards that uphold our standards and help American businesses export to the world, other nations will set the rules.”

Mr. Meeks warned that Japan and China were conspiring to create trade agreements that would favor their native corporations, leaving U.S. companies—and, by extension, those companies’ workers—at a competitive disadvantage. He noted that one-fifth of all jobs in New York State depend upon international trade, and that his own district garners some $612 million a year from exports, all of which he argued would be endangered should other nations negotiate trade pacts without the United States.

Most Democrats oppose the deal, but Mr. Meeks is a co-founder of the bipartisan four-member “Friends of the TPP” caucus, and recently joined Republican Congressman Paul Ryan of Wisconsin on a trip to Singapore promoting the pact.

The TPP is a major part of President Barack Obama’s trade agenda, and he has sought “fast-track” authority from Congress that would grant him unilateral power to negotiate the deal and would leave the legislative branch only able to vote yes or no on the treaty, with no possibility of introducing amendments. Mr. Meeks aligned his position with that of the Democratic commander-in-chief, noting that Congress had granted all past presidents fast-track power.

“The president’s efforts to level the playing field for U.S. businesses to have open access to markets is about economic growth for New York and our nation,” he wrote.

However, the state and city politicians alleged that the partnership’s impact would mirror that of the North American Free Trade Agreement signed in the 1990s with Mexico and Canada, which led to the outsourcing of American jobs.

Despite strong opposition from labor and environmental groups, and many Democrats in the Senate and House of Representatives, lawmakers in both houses crafted a bipartisan bill last week grant Mr. Obama his requested fast-track authority. 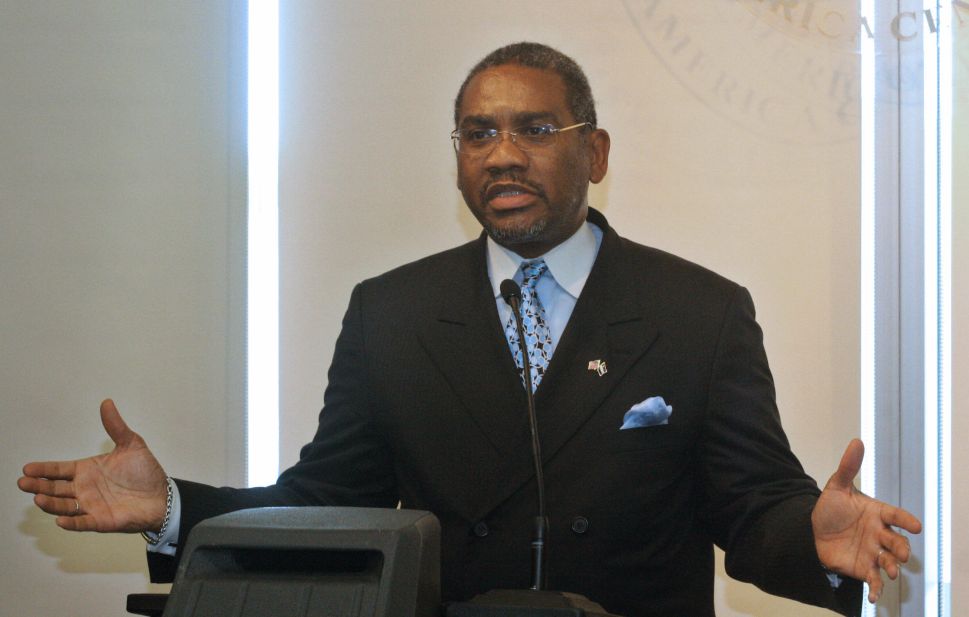