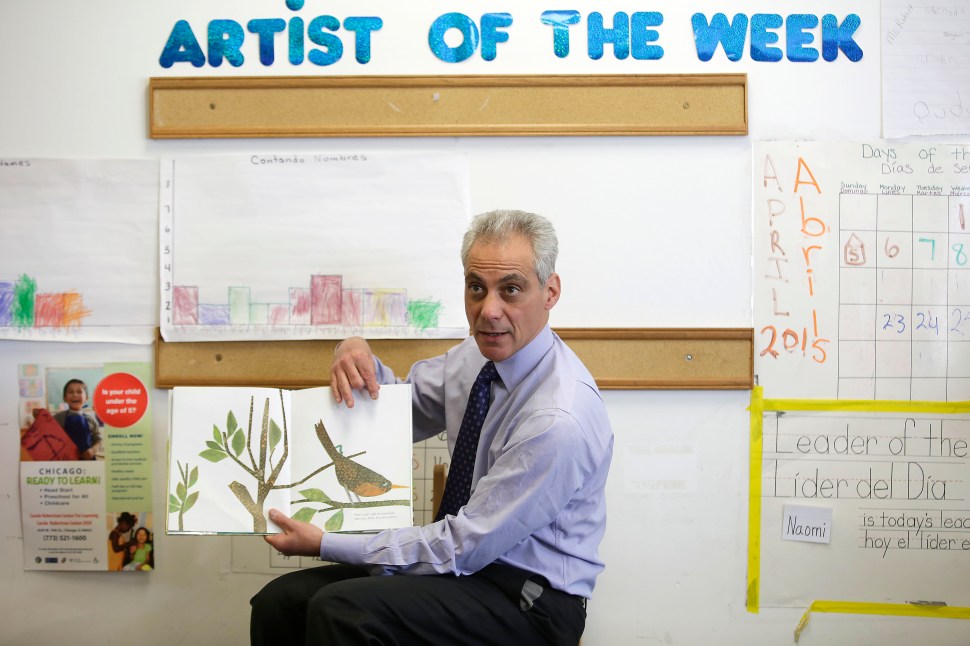 Voters in the liberal stronghold of Chicago this week delivered a stunning rebuke to unions and the politicians who kneel before them.

But while the Windy City is more than 800 miles away, the rejection of Jesus “Chuy” Garcia—and the reasons for it—deserves attention on the East Coast, too. In particular, there may be lessons in the Chicago result for New York Democrats, including Mayor Bill De Blasio.

Despite the perception that exists among people outside of Chicago that Rahm Emanuel, the incumbent mayor, is a big leftie whom unions should have found just fine and dandy, Garcia was the labor candidate in this fight.

Mr. Garcia was endorsed by the powerful Service Employees International Union’s State Council. He was the favored candidate of the Chicago Teachers Union. Like them, he favored an elected school board—a “constitutional right” in his view—as well as an end to high-stakes testing. Mr. Garcia also wanted a moratorium on charter schools, increased public pre-K education, and reductions in class sizes.

Mr. Garcia even garnered support from New York unions keen to flex their political muscle outside the Big Apple. The City Teachers Union, the United Federation of Teachers (UFT), SEIU Local 1199 and SEIU 32BJ, and the Amalgamated Transit Union held a reception and fundraiser for him. The Working Families Party and moveon.org were also involved.

Sound familiar? It should. New York’s Mayor, Bill de Blasio, aggressively courted the UFT during his 2013 run. It ultimately paid off when he won their endorsement.

Hizzoner has since come off to many as a de facto servant of unions, especially those representing educators, and one of the most prominent opponents of charter schools nationwide. Of course, he is also a staunch advocate of public pre-K education, just like Mr. Garcia.

Which all begs the question: Could New Yorkers ultimately bail on Mr. de Blasio the way Chicagoans rejected Mr. Garcia? If voters saying “no thanks” to union-kowtowing liberals could happen there, could it happen literally anywhere.

Exit polling of 1,500 voters conducted by Edison Research for CBS 2 showed that city finances were a big concern for voters in this week’s contest. Of course, a mayor’s willingness to do the bidding of public sector unions has a huge effect on budgets and outlays, and his or her ability to manage finances in a manner that meets with public approval. Even big-city progressive voters have a ceiling when it comes to tax increases they are willing to sustain, especially if they feel that value for money is not being provided in areas like education, where teachers unions often come off as prioritizing their members, as opposed to students. That is something for which the de Blasio and Garcia-backing UFT has been especially criticized.

Back in 2013, when a forthcoming “showdown” between unions and the city’s next mayor was being projected, Christine Quinn and Anthony Weiner were willing to make employee health-care costs a negotiating point. Mr. de Blasio, however, was not. This is but one example of where Mr. de Blasio critics feared he would take a “go soft” approach with unions, rather than making tough decisions that could alienate labor but prove beneficial from a financial standpoint.

So while Mr. de Blasio has years left in which to either prove or not that he can competently manage the Big Apple’s books, his coziness with unions should be treated as a continual warning light, just as it was for those strongly concerned about New York’s finances during the mayoral contest.

Just as Mr. Garcia was ultimately not trusted to handle tough dollars-and-cents decisions, if Mr. de Blasio handles things wrong and gives the shop away to his political backers as many of his long-time critics believe he inevitably will, he, too, may pay a price—liberal though New York surely is.

New Yorkers are unlikely to install in Gracie Mansion a true fiscal hawk in the way the term would be commonly understood by anyone right-of-center nationally. But the Chicago election shows that even voters in the bluest areas will rebel against progressives who cast a profile as dubious fiscal stewards, something that is virtually unavoidable for those in bed with labor, and that liberal voters will reward progressives willing to offer up some tough love to their union frenemies.

Mr. de Blasio should take heed, and so should Democrats nationally. It’s one thing to be progressive. It’s another to be a servant to people that a lot of voters feel are determined to engage in proverbial muggings via city budget line items. 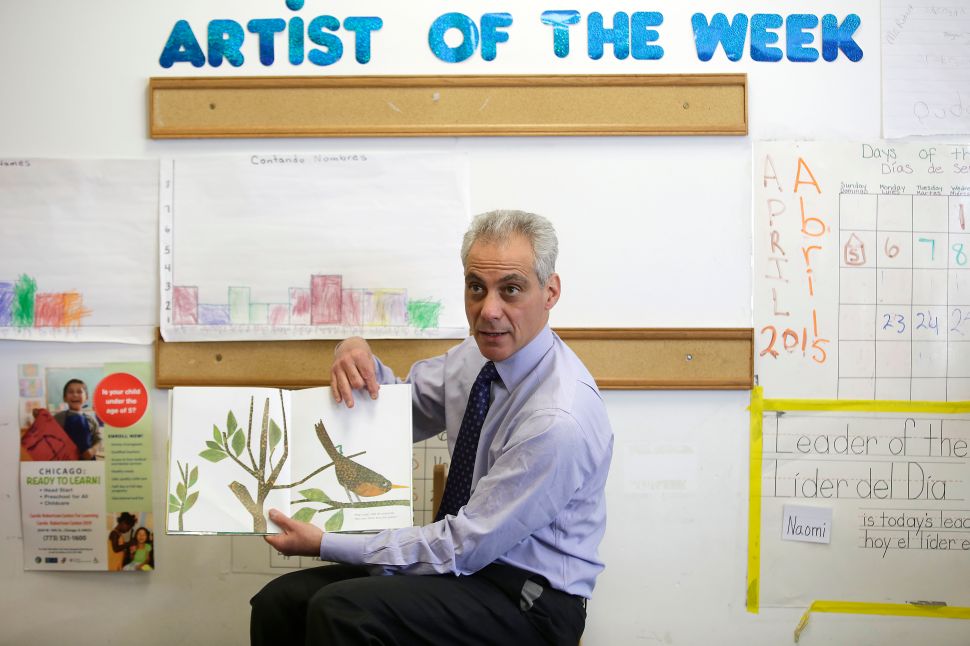