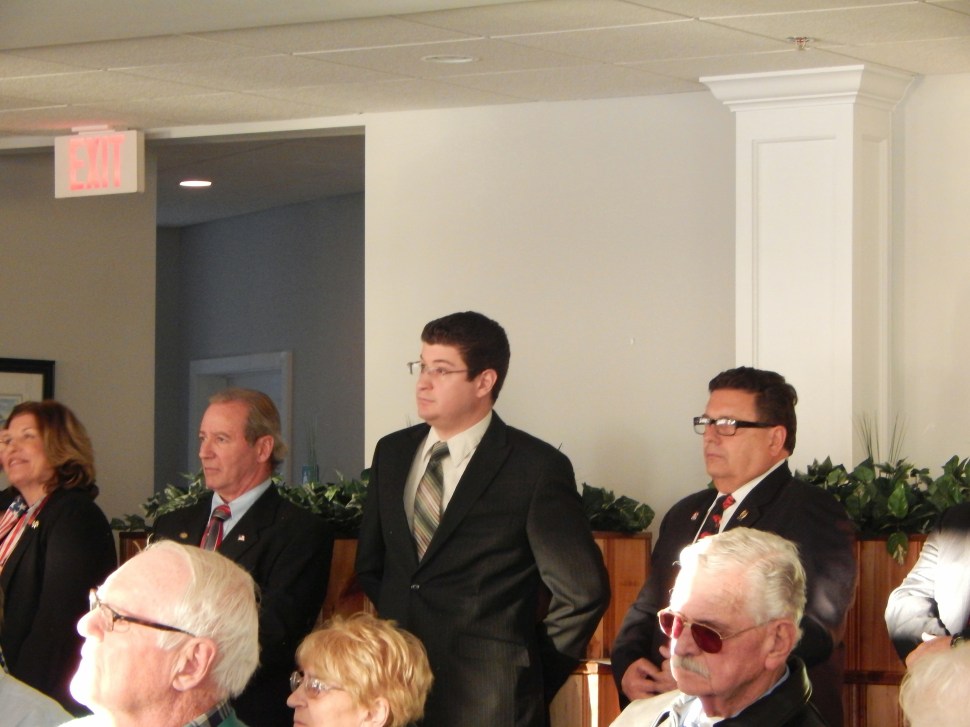 Sauro and Fiocchi at a Cape May County GOP convention last month.

Republicans in a battleground first legislative district are challenging their Democratic opponents to a debate on the issues facing South Jersey’s economy — and are daring them to do so “without political handlers pulling their strings.”

“I don’t understand why Bob and Bruce feel the need to surrender control of their campaign, and why they tolerate being told when they can speak and when they can’t,” Assemblyman Sam Fiocchi (R-1), the Republican incumbent running with Cumberland County Freeholder Jim Sauro in LD1, said of the team’s Democratic opponents: incumbent Assmblyman Bob Andrzejczak (D-1) and his runningmate, Bruce Land.

“How are Bob and Bruce going to fix South Jersey’s sagging economy if they aren’t even in control of their own campaign?  Today we are challenging them to strike out on their own and engage us in public debates about the important issues facing South Jersey – primarily fixing our economy and creating new jobs,” Fiocchi said.

With the 2015 election season just barely underway, it’s the latest indication that the Assembly race in LD1 is heating up — and already going negative. Stressing that this year’s contest will be about the economy, Fiocchi and Sauro have begun aggressively hitting Andrzejczak and Land on what they say is a lack of experience in the area. But they have also gone after the the pair’s close connection to the district’s Democratic leadership, including state Senator Van Drew (D-1).

Van Drew unveiled his team under a banner featuring his own name at their kickoff last month, and the choice of Land — a veteran of the Vietnam War veteran and local community figure in his home Vineland — could be seen as a doubling down of the ticket’s original appeal. Adrejack too is a veteran of the Iraq War, and during the LD1 Assembly race two years ago, when Van Drew was also on the ticket, the South Jersey power broker could be found at campaign stops sometimes theatrically paying tribute to that background.

Republicans at this earlier juncture, then, want to make the case that the medals and war-time accolades are not enough to qualify the candidates to deal with the problems facing the South Jersey district, which include unemployment and struggling small businesses.

“Judging by the campaign so far you would think Jeff Van Drew is on the ballot again,” added Fiocchi.  “It’s as if Jeff wants to rewrite the Constitution so he can serve in the Senate and Assembly at the same time.  Respectfully, he owes it to Bob and Bruce to take a step back and let them run their own campaign.”

The strategy is a tricky one, because it risks offending the district’s sizable population of voting veterans, but it taps in to a feeling that many Republicans already have in LD1: that Van Drew has profiteered off the veteran label, first with Andrzejczak and now with Land. At their kickoff event at the Old Cape May County Courthouse last week, a Korean War veteran who showed up in support of Fiocchi and Sauro reportedly accused Van Drew of handpicking “people like Bob and Bruce because they have very compelling personal stories that he can exploit for political gain.”

The Republicans seem to want to drive that point home, criticizing Van Drew — as well as the team’s campaign spokesperson, Allison Murphy — for coddling the candidates and refusing to let them stand on their own merits. In their statement today, they point to an article in the Shore News Today that said Murphy “rebuffed” a request to interview Andrzejczak and Land themselves on the GOP team’s comments.

Murphy could not be reached for comment on the Republicans’ statement, but she did hit back at them in that article, lamenting that the opponents “didn’t even give me a chance to start a positive campaign.”

“They should talk about their vision. Talk about what they’re going to do,” Murphy told the paper, adding that Van Drew “might as well” be on the ticket with them since, as he told PolitickerNJ himself last month, he’ll be fighting for them as hard as any other election year.

Sauro, however, said it’s not about blaming one side or the other, but what Democrats have done for South Jersey residents.

“Whether they want to admit it or not, the fact of the matter is that the Democrats have been the majority party in Trenton for more than a decade.  They control what bills come up for a vote and which ones pass, not the Republicans,” said Sauro.  “This isn’t about a blame game, it’s about reality. The Democrat majority in Trenton raised taxes more than 100 times and drove businesses and jobs out of the state.  The Democrat majority in Trenton made it less affordable for seniors, families and young people trying to enter the workforce after graduation from high school, technical school or college.  I respect Ms. Murphy’s talents as a spin doctor, but she isn’t entitled to her own facts.”

LD1 is expected to be one of the hard-fought contests of an otherwise subdued election year. But another dogfight is also brewing in neighboring LD2, home to an embattled Atlantic City, where the Republican team just went up with a website and Facebook page slamming incumbent Democratic Assemblyman Vince Mazzeo (D-2) for not making clear his opposition of casinos in North Jersey. 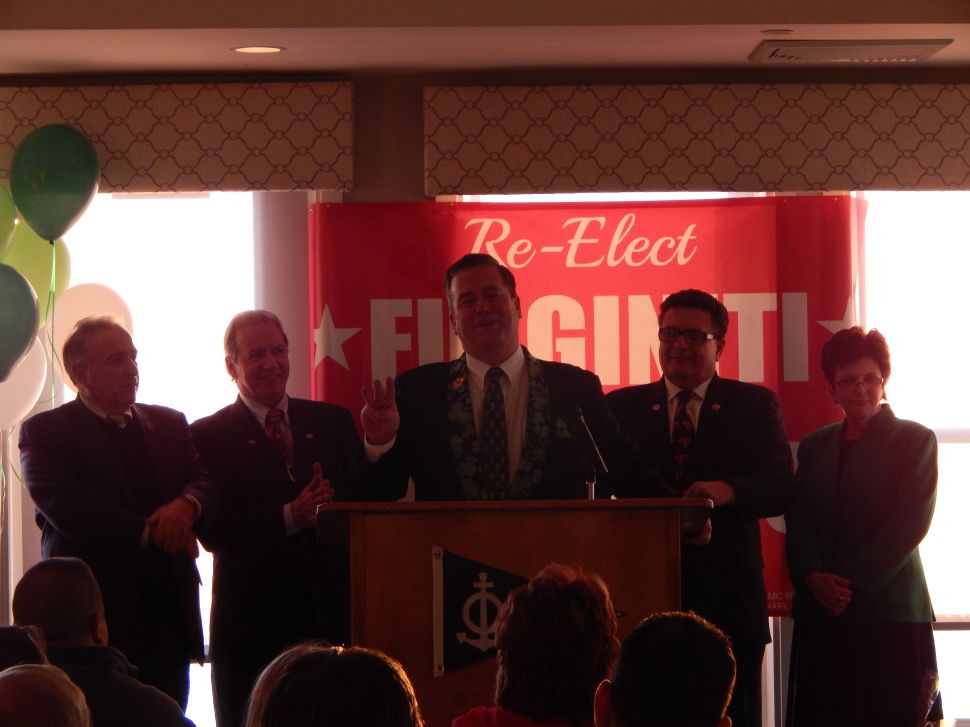