Richard Corliss and I often joked about how appalled we were to be the two members of the New York Film Critics Circle who had been there the longest. Sadly, that is no longer true.

It is a devastating shock to learn that he has written his last review.

Movie critics notoriously all hate each other, but Richard was not like everyone else. He was always friendly and supportive to me. He always offered a hearty hello in movie houses and screening rooms throughout the world.

For the 13 years I covered the Cannes Film Festival, he was always the first person in line to see even the deadliest film on the Croisette and the last to leave. Sometimes the lights would go up to an empty house, and Richard would be the last man sitting through the end titles.

I will never forget him at the annual Chinese dinner hosted by the late festival founder Dusty Cohl in Toronto, singing the Canadian national anthem, which, to every American critic’s astonishment, he knew by heart. His passing leaves one more coffin nail in the world of taste, class, intelligence and diminishing values.

Slowly, the world of movie critics I knew and cared about is disappearing, leaving behind a surfeit of unreliable strangers. Richard Corliss will undoubtedly relish sharing that screening room above with James Agee, Judith Crist, Vincent Canby and Pauline Kael, but the screening rooms down here on the ground will seem pretty empty without him. 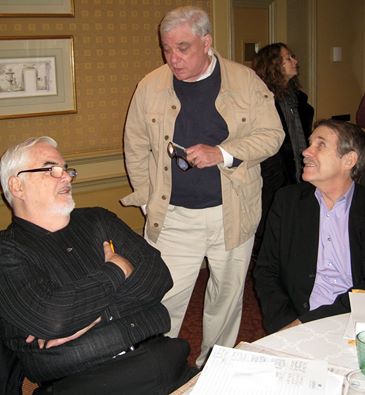