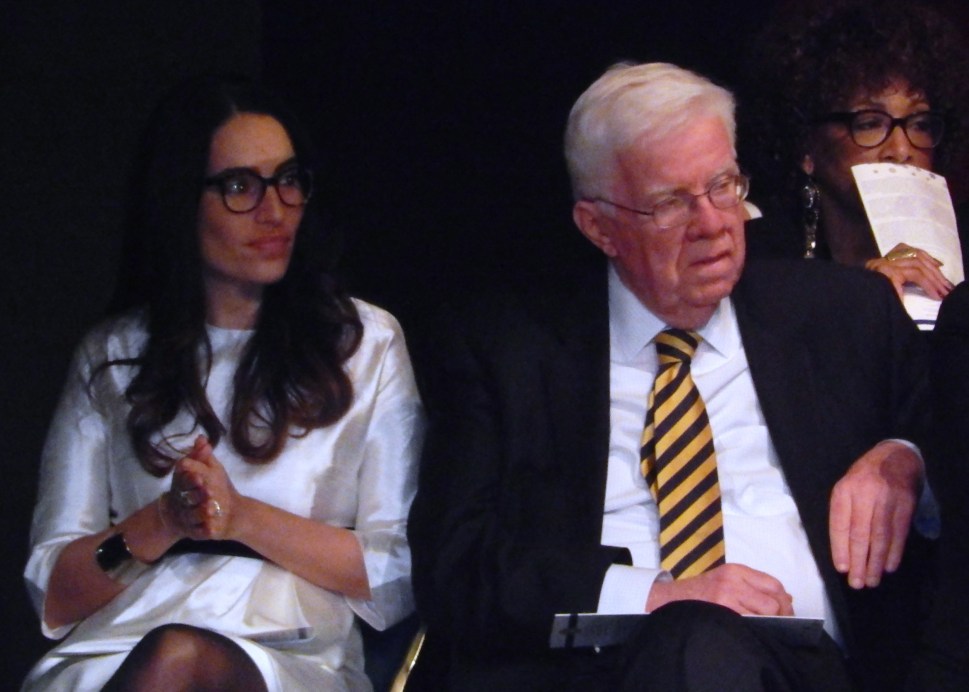 That jar of political pickle dust awaiting many a player seemingly destined for great things has not yet appeared to eclipse the low-key statehouse movements of state Senator M. Teresa Ruiz (D-29), who by virtue of Essex residency and machine affinities persists as a viable Democratic Party primary brand name who nonetheless still has a barrier in front of her called 2017.

Virtually bubble-wrapped in the upper echelons of the Essex County Democratic organization and never visibly ravenous for more power, Ruiz quietly and nearly effortlessly maintains an edge on others in her party with feverish designs on statewide office.

Others – Senate President Steve Sweeney (D-3) and U.S. Rep. Frank Pallone (D-6) come to mind – suffer regional political irritations, and must wear out the tires on SUVs with government plates in order to get to the rings in question, namely those of Essex County Democratic Chairman Leroy Jones and powerful Essex County Executive Joe DiVincenzo. For her part, the senator from Newark works for DiVincenzo and serves as the vice chair of Jones’ organization. Trying to talk to them is hardly a heavy lift in Ruiz world. Moreover (and yes, it’s politics and perhaps merely the festive theater that occurs just before the daggers come out), following last year’s brutal local election, Team DiVincenzo and Newark Mayor Ras Baraka have cozied up to each other in a way that makes Baraka’s fundraiser (last night) and Ruiz’s (tonight, at Nanina’s in the Park in Belleville) look like blended events with the same players happily bellied up to interchangeable bars.

Not yet a year after the mayoral bloodbath, one insider remarked that it was hard to tell the two fundraisers apart. So the perpetual civil war theory that looked like the future in Essex County after the 2014 election has hardly played out as Jones and Baraka talked up mutual concern for a reeling Newark as the reason to avoid a legislative Democratic Primary this year. Of course, the result is there’s no primary, all the would-be angst of a political contest channeled into back-to-back Baraka-Ruiz fundraisers, and the end result apparently an empowered, same-page Essex.

In 2017, there’s a gubernatorial election year and the entire legislative delegation must go before the voters.

DiVincenzo’s apparent inability or unwillingness to compete in a future party primary takes him out of the mix of potential Essex players eager to move upward. He’s become princely kingmaker – not unlike his mentor Steve Adubato – more than king. That role furnishes his third in command (after chief-of-staff Phil Alagia) with the more obvious capacity for greater power in elected office. Then there’s the fact that Ruiz, as the first Hispanic woman to hold a state senate seat, can command a vital Democratic Primary voting bloc in the state.

So why isn’t Ruiz more avidly in the bloodstream of federal fast track talk?

First, as much as the twttersphere may claim him as one of its own, U.S. Senator Cory Booker (D-NJ) still calls Newark home, which means Essex already has a statewide player holding office statewide. U.S. Senator Bob Menendez (D-NJ) holds the other seat and at this moment, Hudson and South Jersey have jump ball distance to the governorship, with the big edge to whoever comes down with Essex County.

Trying to stare down federal corruption charges, Menendez cracking up – or leaving New Jersey for the Clinton administration in the event he beats the rap – would give Ruiz allies a case for her as a replacement on the basis of Latinos at that point lacking a statewide toehold. But two senators crammed into Essex (Booker and Ruiz) might also create primary alliances from hell like those very deals that bumped Essex’s Sheila Oliver from power, starting with the reanimated building blocks of Hudson County and South Jersey.

For years, insiders have talked up Ruiz as the logical candidate for lieutenant governor, and the reward to Essex in exchange for support for that gubernatorial candidate securing the Essex County line. Is Ruiz sufficiently disinterested in the usual tomfoolery associated with power and politics to accept the yolk of LG and find herself consigned to a rubber chicken circuit racket perfected by an otherwise wholly silent Kim Guadagno? Or is the power play for Essex Ruiz to the senate presidency? The playful game of elbowing between Bergen and her fellow northern county features state Senator Paul Sarlo (D-36) and Ruiz in the roles of arch-rivals to succeed Sweeney. The loser of that chess match gets LG and the winner the senate presidency.

If – and yes, it’s a big if in politics even as one Hudson Democratic Party politico continually makes the case to PolitickerNJ that Jeb Bush is the next president no matter how hard Hillary Clinton campaigns – Clinton wins and Booker – not Menendez – moves to the administration – that could be Ruiz’s clearest shot to the U.S. Senate.

What’s arguably refreshing about the game when applied to Ruiz, is that unlike others who seek it out or insist on their chessboard  dominance, the senator shows no signs of voracious will to more power. Maybe that adds up to her placid acceptance of where she is, her much-reported passion for education reform a sufficient challenge in her current – and maybe enduring – role as 29th District senator.

But for all the portents of peace and fundraising prop-swapping going on in Essex County right now, that role could be the most volatile, for it hinges – or is related to – gubernatorial politics. Certainly, at the very least, peace among Baraka, DiVincenzo and Jones when it comes to Ruiz means little unless it ultimately means overriding Essex unity behind a single 2017 gubernatorial candidate, for only in those circumstances will the senator definitely enjoy an extended political lifespan in her current sphere.

The apparent acceleration of former U.S. Ambassador to Germany Phil Murphy’s effort to create an Essex footprint with continuing animated appearances at events like this week’s Baraka fundraiser (and his alliance with former Governor [and senator] Dick Codey and Essex Freeholder Brendan Gill) shows the potential for havoc. If Sweeney – for lack of Essex support – can’t hang until the bitter end, would the South shoehorn Murphy as an alternative, or be unable to jump-start him by virtue of his association with Codey, an antagonist to not only DiVincenzo but South Jersey boss George Norcross III? Would DiVincenzo’s fear of Sweeney as a northern non-starter and Codey’s influence on Murphy drive him bitterly into the arms of Jersey City Mayor Steven Fulop in a rush to be with a winner, and protect Ruiz – who’s up for reelection in the next gubernatorial year?

Whatever happens, an Essex source insisted, “There’s going to be a unifying candidate.” 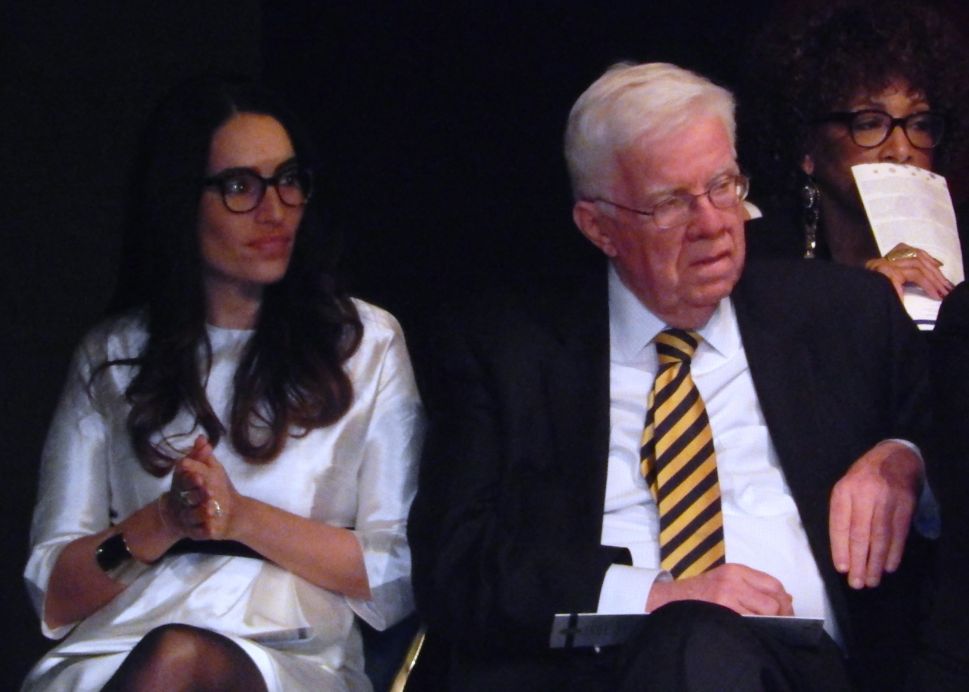