This week’s episode gets off to a slow start. The mini-challenge has the gals basically playing a version of Press Your Luck, where they keep pulling points out of underwear models’ drawers until they say stop or draw a whammy. Ginger ends up winning and as a reward she gets to split the cast into teams of three.

The main challenge is pretty bad. The three teams have to act out a sketch about Whatever Happened to Merle Ginsberg?, about the bland judge from seasons one and two. The sketch is done three times, from RuPaul’s, Michelle’s and Merle’s perspectives respectively. This time it’s Ross who guides them through rehearsal and shooting. Frankly there’s very little for the queens to work with, as the scripts are quite dopey and a sharp contrast to last week’s hilarity.

The next day is elimination day. As the queens begin to paint their faces, we are witness to the second-most moving scene in the show’s history (the first being Coco pleading with Alyssa to forgive her father). Jaidynn tells the girls that she is not out to her family. When we cut to confessional she expounds, admitting she doesn’t know if her family will repudiate her once they’re forced to confront that she’s gay.

What’s the most heartbreaking thing about the scene is that Jaidynn seems apologetic for breaking into tears, for allowing herself to have a personal moment when she’s on the show to be entertaining. She is truly a class act and a high-quality person. As Paris is Burning first demonstrated, so many of these queens come from awful personal situations, and they only get to feel wonderful for those brief moments that they’re in character on stage.

The runway this week has a Death Becomes Her theme, with each queen having to demonstrate how her persona would have met her final fate. This is one of the reasons Drag Race is the best reality show on television: rather than the contestants decreasing in quality every year as in other series, they get better and better. The first season had a cast representing different schools of drag. Now, the queens are expected to be able to work in every genre—and boy do they deliver.

Not only are the runway looks superb, but so is the judging. Finally, someone takes Michelle to task for her absurd critiques. Ross nails her to the wall repeatedly, as when she tells Max to try a different hair color while simultaneously maintaining she’s not asking Max to change. This from a woman who pairs leather pants with a yeti vest on a red carpet, and whose idea of creative styling is a necklace that reads TOP.

Also hilariously awkward is Merle’s return. After being unceremoniously dumped on her ass by Ru, she comes crawling back with a chip on her shoulder. She is baffled that the silly impressions don’t read real to her (this caricature looks nothing like me at all!). How odd that none of the queens incorporated all the many catchphrases, looks and quotes that Merle added to Drag Race lexicon. Yes, Max’s impression of Merle was very unlike her—because Max was funny, interesting and memorable. To further add to the nonsense, most of the judges could not wrap their heads around the concept that Max was acting as Michelle’s interpretation of Merle, since each vignette was told from a personal, subjective perspective.

The team of Ginger, Kennedy and Katya are the top, with Katya being named the winner. The bottom three end up being Miss Fame, Kandy Ho and Jaidynn. Now, Kandy clearly needed to be lip syncing due to her poor performance. What was absurd was that Jaidynn was put up against her instead of Fame. Jaidynn broke out of her funky aesthetic and wore a barbed-wire look on the runway that would have made Sharon Needles proud. Fame, on the other hand, had a knife stuck through her head with a misaligned blade and handle, as well as a terrible wig that looked like a swimcap. Clearly, Jaidynn had a far better look—that’s why it was included in the previews.

At the same time, being in the bottom two isn’t always a bad thing. The queens are performers first and foremost, and lip syncing is an opportunity to show the audience what it is that they do best. Both Kandy and Jaidynn do an excellent job with Ariana Grande’s “Break Free.” Ru in the end sticks to her unofficial “three strikes and you’re out” policy and sends Kandy packing, the last of the underperformers this season. Now that the fat is gone, things are really going to get interesting. Whoever goes home next will be upsetting, since each of the remaining eight has brought so much to the table. Kennedy might be the least creative and unique of those left, but even she is still rock-solid. Tenterhooks! 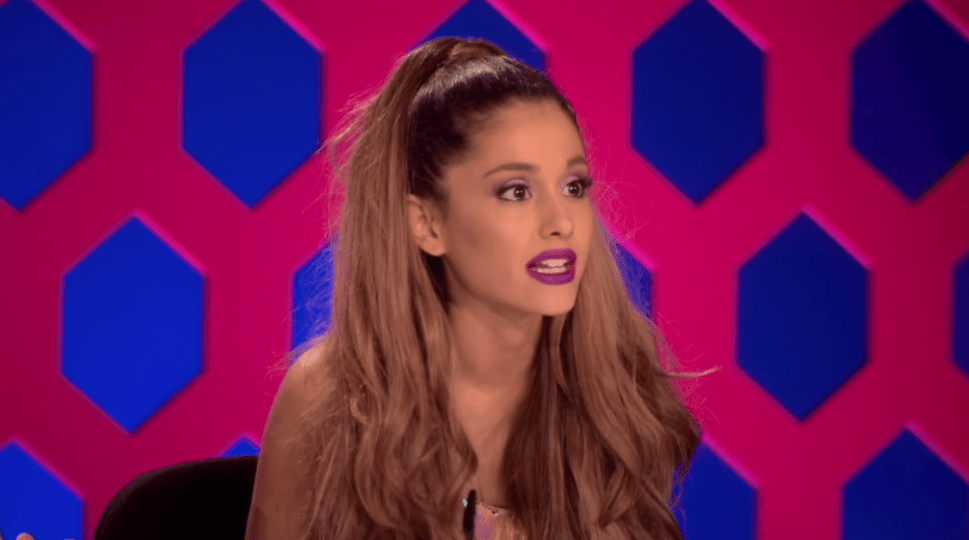