A diviner is a man with inexplicable powers who can walk across a barren, dried out desert or ledge of rock with a long stick—or divining rod—point it in a certain direction, and find . Big city cave dwellers are skeptical, but in the petrified wastes of Texas I have watched real diviners at work when somebody’s well runs dry. This is what happens in the first scene of Russell Crowe’s directing debut, The Diviner. But don’t panic. He never does the same trick again. I’m not sure what the movie is about, but it’s not folk magic.

The rough, gruff star plays an Australian farmer whose wife commits suicide after the loss of their three sons in the 1915 Battle of Gallipoli. Four years of despair later, he packs up and begins an arduous journey to the scene of the massacre to visit the battlefield where they died together on the same day. The search leads from Australia to Istanbul, where the hostile forces he meets on every side include a beautiful widowed hotel owner who treats him like an enemy, and her young son who treats him like a heroic surrogate father. He also meets a Turkish Army major who shows him eight square miles of barbed wire, unexploded grenades and the unmarked graves of 3,000 Aussies. (It was filmed more coherently in Peter Weir’s great Australian epic Gallipoli, with a young Mel Gibson.)

Months of digging reveal only two of his sons’ I.D. tags. Now the murderous Turk who ordered them killed becomes the only man who can help him find the third son, who may still be alive. There’s a lot of talk, none of it worth repeating, and a lot of sweat and dirt, none of it worth photographing. Then just when the Turkish officer takes pity on him and leads him to the ruins where his son may be hiding, another war breaks out, this time with the Greeks, who ambush the train. All hell breaks loose and the blood flows like retsina.

Does he ever find his lost son? Will the pretty widow still be waiting if he ever gets back to Istanbul? Can he teach the Turkish officer how to play single-deck pinochle? Will his home still be there if he goes? Can he farm the blistered, rocky land if he stays? Does anybody need ? As a director, Mr. Crowe’s camera meanders all over the place; as an actor, he mumbles and growls his way through the carnage like it was nothing more important than a re-make of Gladiator, filmed on old sets from Gene Autry westerns. Which, by the end of nearly two hours of The Diviner, I would have happily welcomed. 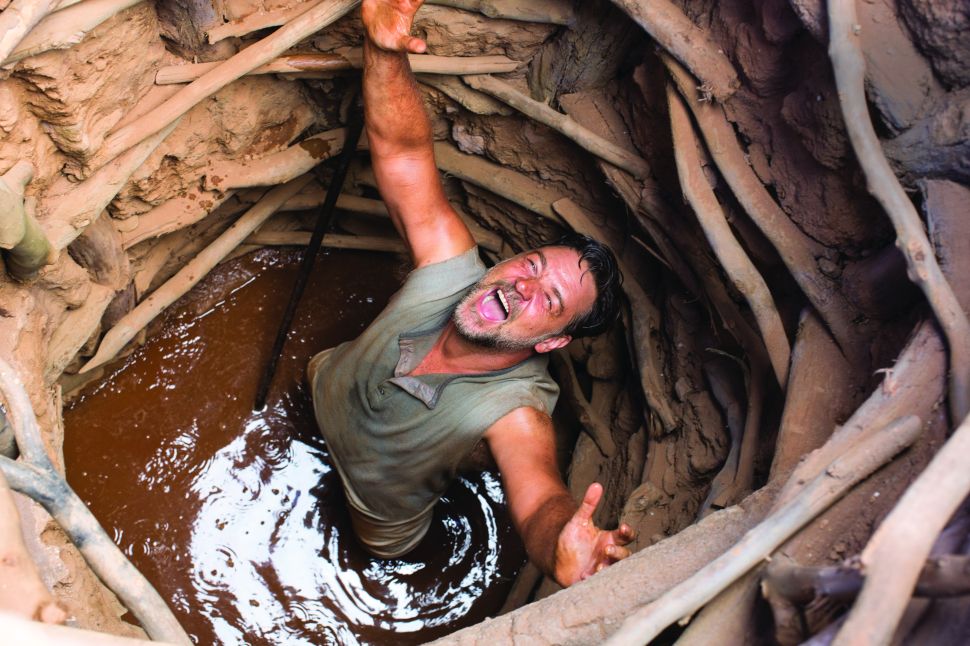