When the going gets tough, the rich … start building secret landing strips. That was the sexiest story out of the last Davos confab, anyway. The American Dream is on life support, nearly finished off by the Great Recession; meanwhile, the number of billionaires has doubled since the economic crisis.

Such concentration of wealth and crushing of hope never ends well. Seattle venture capitalist Nick Hanauer recently warned his fellow plutocrats “who live in our gated bubble worlds” that they should expect angry mobs soon. “The pitchforks are going to come for us,” he wrote. “Then there’s no time for us to get to the airport and jump on our Gulfstream Vs and fly to New Zealand.”

Want more confirmation that the End Times are nigh? Morgan Stanley—Morgan Stanley!—issued a warning about income inequality last fall.

About a century ago, America faced a similar crisis, and Andrew Carnegie proposed a bold solution: The rich should give away all their money. “The man who dies thus rich, dies disgraced,“ Carnegie wrote in The Gospel of Wealth. To “elevate” society, he put his money where the middle-class mouths were. Carnegie’s steel helped build America; his profits built 2,500 libraries across the country that helped make America literate.

It’s hard to find anything so bold from today’s super-rich.

Warren Buffett and Bill Gates, their industrious generosity more the exception than the rule, created the “Giving Pledge” to shame billionaires into giving away more. Forget Carnegie’s all-or-nothing instructions; Mr. Buffett asks rich friends to give away merely half their wealth during their lifetime. Still, he gets many a “no.”

Sure, rich folks often donate to worthy causes, but Warren Buffett’s son Peter is skeptical; he warns of “conscience laundering.” It’s a twisted kind of Robin Hood strategy—you steal from the poor and give some of that money back to the poor so you can issue a self-congratulatory press release.

No one can judge another’s intentions. Maybe Carnegie was engaged in conscience laundering, too. After all, he underpaid workers and fought unions with brutal Pinkerton thugs, which enabled him to build all those libraries. But not long after he died, America enjoyed a golden age of the 99 percent, a 50-year span starting in 1928 during which the middle class enjoyed a continuously expanding slice of American pie. It’s been shrinking ever since.

One doesn’t have to give everything away to have a lasting legacy that fuels the middle class, however. A.J. Cassatt, as president of the Pennsylvania Railroad built New York’s original Penn Station and dug train tunnels across the Hudson and East River, helping open Long Island and New Jersey to middle class development. Today, it takes decades to build a 30-block subway tunnel under Second Avenue, and it’s unimaginable that a new tunnel under the Hudson will ever be built.

Infrastructure investments spread the wealth around. The national railway system in the 19th century and the Eisenhower interstate highway system starting in the 1950s helped pave the way for two of America’s biggest booms. That is precisely that kind of investment America has neglected in recent decades. Her bridges are crumbling.  Her Internet service is spotty.

But why should the rich care? They earned the money; they can spend it as they wish. Right, Ayn Rand? Perhaps not. Even economics, until now a safe haven for the winners to justify their winnings, is getting into the rich-hate act. Thomas Piketty sparked a firestorm last year with Capital in the Twenty-First Century. He argues that our system lets the rich clean up during low-growth periods. They’re not winning at capitalism; they’re running up the score. The average 1 percenter in New York earns $2.3 million annually—50 times more than the average of $44,000 for the 99 percent.

As Sen. Elizabeth Warren repeatedly reminds us, it’s a little too easy for America’s fortunate to forget that their path to prosperity was paved with roads, schools, police and software anti-piracy task forces that the rest of the country pays for.

So just maaaaaybe the 1 percent does owe the 99 percent something. But what?

Mr. Buffett stars in Ralph Nader’s whimsical 2009 novel, Only the Super-Rich Can Save Us, a based-on-real-people parable in which 17 billionaires form a kind of superhero club and take on the globe’s most pressing challenges—renewable energy, ending hunger, cleaning up elections, and so on. Nader refuses to call it fiction, but that’s exactly what it is. When he looks at the billionaires’ Giving Pledges, he sees a lack of grand vision.

“One very rich guy once told me, ‘We all know how to make a lot of money but don’t know how to use it.’ That’s why they give money to charity rather than justice,” Mr. Nader argues in a phone interview. “To soup kitchens rather than figuring out how to solve hunger.”

“But we are losing the charity race in this country,” he continued. “We can’t keep up with the disintegration of society.”

Not all moguls are created equal. Bill Gates is the clubhouse leader in Carnegie-esque giving—he has boldly directed billions toward medical research and, remarkably, has malaria on the run (a 2014 report by the World Health Organization reports that malaria deaths dropped 47 percent since 2000). Mr. Gates is also inspiring a new generation of tech rich who are choosing to give away massive fortunes. On The Chronicle of Philanthropy’s 2014 top donors list, released in February, tech titans displaced Wall Street financiers, a major shift. The new benefactors have designs on hacking stubborn social problems. They are taking on allergies, cancer treatment development and education reform, looking for shortcuts the way hackers do. That’s hopeful.

So what else could the rich do to help the masses? It’ll cost money, so tax reform has to play a part. Economist Mr. Piketty supports a controversial wealth tax—as opposed to an income tax—that would collect money annually not based on labor earnings but on assets. If you, like Bill Gates, oppose that idea on the grounds that you think some rich invest their money more smartly than the government, you could, as Mr. Gates does, support a consumption tax to capture money from the Paris Hiltons of the world while not disturbing malaria fighters. Mr. Nader supports a stock transaction tax.

Tax reform isn’t as sexy as building libraries, however. What would be today’s equivalent of Carnegie’s masterstroke? What about paying for free wireless high-speed Internet access for America’s cities? Or paying for free college for the middle class?

But here’s a much bigger, and simpler, idea: Pay workers more, or tell your executive friends to do so. In a white paper published last December by GMO.com titled The World’s Dumbest Idea, James Montier explodes the myth of “SVM”—shareholder value maximization. Mr. Montier’s paper shows that companies which live by the credo of maximizing value for three entities—shareholders, workers and customers—do better in the long haul. So forget charity. Just pledge to start writing bigger paychecks. Or simply start discussing the world’s dumbest idea among polite company.

The solution begins with the 1 percent getting off their islands, flying back from New Zealand and re-engaging with the American Dream. It begins with imagining an idea as bold as Carnegie’s libraries, designed to rescue the middle class rather than raid it. Sure, giving away everything for the common good takes gumption. But it’s better than fighting off pitchforks.

Bob Sullivan, a former reporter for NBC News, is the author of four books, including the New York Times Bestseller, Gotcha Capitalism: How Hidden Fees Rip You Off Every Day–And What You can Do About It. 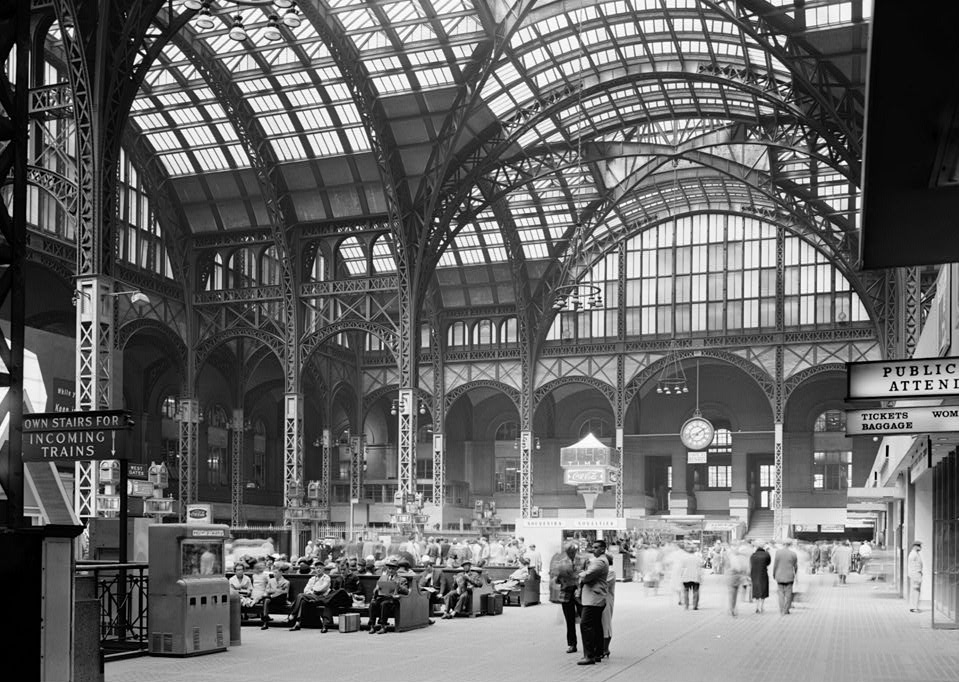