About a year ago, I sat across the table from a person who had raised a few hundred million dollars for Mitt Romney’s presidential campaign. I was completely out of place in the offices of the high powered D.C. law firm, but then again, the reason I was there was also uncharacteristic for me: I was thinking about running for Congress. Thankfully, I got talked out of it by this person, but the conversation in this D.C. office soon turned to social media and whether or not Romney’s lack of effort on that front had cost him the election. This person suggested as much. I didn’t want to be rude and disagree, but I totally do.

Looking toward the election in the United Kingdom on May 7 between David Cameron, Ed Miliband, and Nick Clegg, and the Western media foaming at the mouth with their coverage of social media and its alleged impact on deciding who the next prime minister will be, I thought’d tell you why I disagree, and explain how this social media myth is also bullshit.

Aside from comments made by the people in the Obama campaign who worked on the social media side of things, almost all indicators show that the 2008 campaign was won, in part, through incredibly effective email and data driven marketing, not social media. For 2012, there was a more compelling reason Obama won, and it has nothing to do with tech at all: No one knew anything about where Mitt Romney actually stood on any issue. This made it easier to vote for a president, like him or not, whom people at least knew where he stood on things.

Romney was a bad candidate who ran a bad campaign. You can make a similar argument concerning the 2008 election as well. Reading the excellent book Game Change by Mark Halperin and Joel Heilemann, you see that John McCain cost himself any chance of winning the election the moment he picked Sarah Palin to be his Vice President. (Former President George W. Bush agrees, also correctly citing Mr. McCain’s “lousy” campaign as a reason for the loss.)

In much the same way we have “growth hackers” running around and claiming “growth hacking” was the key for success with companies like PayPal, AirBnB, Instagram, YouTube, Hotmail, Dropbox, Pinterest, the media has been doing the same with the past two presidential elections as it relates to social media. Everyone wants to talk about the AirBnB cross-posting to Craigslist hack. No one wants to talk about how AirBnB (allegedly) was straight up email spamming people on Craigslist around the same time. Everyone wants to talk about Obama dominating on social media, no one wants to talk about how bad both GOP candidates were, not to mention the dumb decisions they made, dumb things they said,  and other external factors that harmed their campaigns like the economy faltering (with Mr. McCain), and Hurricane Sandy (with Romney). Not to mention, since 1900, only five presidents have ran for reelection and lost. So the odds were never in Romney’s favor to begin with in terms of that 2012 campaign.

Despite all this, you can throw a rock and hit several thousand articles and blog posts about social media and its role with both of President Obama’s presidential campaign victories. (I covered how BS those claims were in Social Media Is Bullshit. In fact, I was even on CNN to talk about this just before the 2012 election as well.) I’ve mentioned this before, but when you have a media that has deep partnerships with technology companies they’re supposed to cover objectively (see: The New York Times most recent partnership with Facebook, or the revolving door of tech journalists and other journalists leaving their media outlets to work at tech companies like Peter Hamby just did from CNN to join Snapchat), it makes it hard to trust their breathless reporting on social media.

It’s amusing to see stories of Facebook’s organic reach dying followed by news reports about how great Facebook is to reach potential voters, but because of this symbiotic dynamic between media outlet and social media company, that’s what we get. And as always, there’s an inference made in all these stories that somehow the people following that candidate are new to that candidate and just learning about them via that social media platform, which is not the case at all. People tend to like and follow online the things they tend to like and follow in real life. Meaning that if you were predisposed to like President Obama through the countless articles and media coverage he received when he was a candidate, and then later by sheer fact that he was PRESIDENT OF THE UNITED STATES for the second election, then you’re following and engaging of him on these platforms just represents a viewpoint, and vote, you were already going to make.

The idea that President Obama, or another candidate, is somehow reaching you through social media is hilarious and dumb and representative of the Bubble Journalism that exists in New York City and San Francisco. (And this is without getting into the fact that the president didn’t actually use Twitter until after the first campaign ended.) What do I mean by “Bubble Journalism”?  In other words, if a journalist sees their journalist friends talking about something or doing something, therefore they think that’s how it is for the rest of us, even though it’s not. So if they’re obsessed with social media for this reason, or because they think it’ll mean their bosses won’t think them obsolete and fire them, that means all their articles are going to be about how wonderful it is.

Don’t take my word for it. Here is CNBC talking about the upcoming election in the United Kingdom, using likes, views, and followers as a metric for success in 2015 without actually stopping and investigating those numbers. They even broke out the old, and also unproven chestnut of Twitter driving ratings (it doesn’t), by talking about the high viewership ratings and the number of tweets that corresponded with the broadcast. Citing Twitter produced statistics that there “were 1.5 million tweets related to the debate at a rate of 8,657 per minute.” But those numbers aren’t broken down into how many of those tweets were generated by bots or spammers simply retweeting a hashtag for attention, or if a small group of people were producing the majority of those tweets which were then retweeted a bunch of times. Twitter, and its friends in the media, have no incentive to break these numbers down. Especially when they have a former campaign manager working feverishly to convince political candidates to dump money into Twitter in order to improve their chances of winning an election. You know, despite the fact that so few Americans, comparatively speaking to other services and media platforms, actually use Twitter.

One reason cited for the uptick in social media activity in the upcoming UK election, again cited by an American media outlet, is that the United Kingdom has restrictive laws on the type of ads that can be run, but those content restrictions don’t apply to the Internet. However, lost in all the myth and hype of social media’s impact on elections is that users will see content that they are predisposed to like and agree with. That’s how Facebook, for example, decides on what content to serve to you in its newsfeed. Talking about algorithms makes anyone’s eyes glaze over, unless you’re an engineer, but basically if you like and engage with certain people and the content they share, that’s what you’ll see more of. So if your friends share the same belief you do, you’re not often going to see opposing viewpoints. This creates an echo chamber. Or what some folks call, a “Filter Bubble.”

That means if you try to forcibly insert an ad into that echo chamber and you have an opposing viewpoint, the people in the echo chamber are not going to want anything to do with it. You’ve wasted your money. And if you pay to force an ad into echo chamber where they already agree with you, you’re essentially paying to reach someone who was going to vote for you anyway. Again you’ve wasted your money if you’re a candidate. So the idea that the “American-style attack ads” are going to have an impact because they’re distributed via social media in the UK is bogus.

I didn’t argue with the gentleman from the Romney campaign because, like Western Journalists, he’s pretty dead set in his opinion that a weak social media campaign is what cost Romney the election. It’s an attitude that isn’t going anywhere. As we look ahead to the 2016 presidential election, we can expect a deluge of these dumb posts and seriously inflated “data” from social media companies trying to make the case that they matter in swinging an election, even though the ship has basically sailed on that back in 2008: They don’t.

However, as a former potential congressional candidate, I’d like to think I can do my part and get the word out to other potential candidates and the people running their campaigns (or volunteering for their campaigns). I’d like to get them to save themselves a ton of money and time on their social media efforts. I’m not saying don’t use it, but I am saying don’t strain yourself because it doesn’t make a difference.

B.J. Mendelson is the author of the still relevant, heavily researched and hilarious Social Media Is Bullshit from St. Martin’s Press. 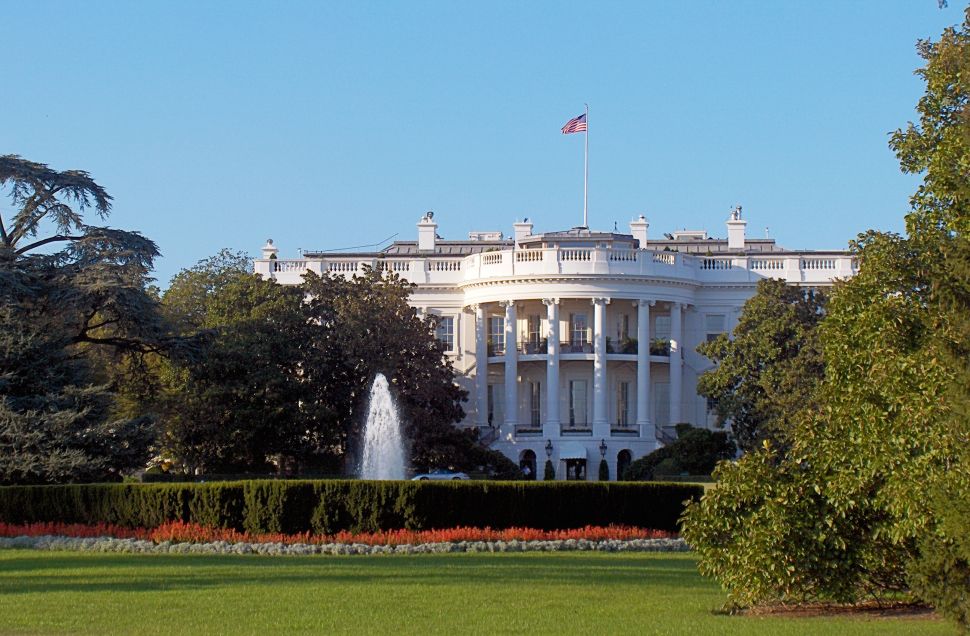