The video of Scott getting shot in the back and killed has departments nationwide facing skeptical communities who want harder assurances that such a shooting or killing or abuses of police power won’t happen in their midst.

“It hurts us all because the community distrusts us based on one incident,” said Paterson Police Director Jerry Speziale. “But one officer’s decision-making [in South Carolina] does not change what we do. No. We have to be in front. We can’t be knee jerk. We stay committed to our authority.”

Speziale leads a 400-officer force that continues to take proactive measures to prove what he identifies as legitimacy.

Born in Paterson, schooled in the New York Police Department, the lifelong police officer spent time in Prichard, Alabama as the local police chief before returning to his home town last year. So he knows the south. He knows, for example, that southern police departments often use tasers, which his officers don’t use.

But that doesn’t change the relevant facts in this case, where the officer appears to have violated his profession’s force continuum.

“I don’t want to be a Monday morning quarterback,” Speziale told PolitickerNJ, referring to the Scott killing. “But if the subject is running and has his back to you, if you didn’t see a weapon and don’t see a threat, if you’re going to shoot somebody in the back who is not running at you with physical force – what we’re trained to know is if that fleeing felon gets to someone are they going to pose a deadly physical force and by leaving them out there deadly danger to the community will occur? – I think the video speaks for itself.”

Speziale cited Paterson PD-implemented software that monitors the irregularities of each individual officer.

“Essentially it keeps track of all officers,” the police director said. “If someone saw me in a bar causing a disturbance or drinking and driving, for example, what it does is it builds a pattern analysis of each individual police officer as complaints come in, and it raises flags. It’s an early warning intervention system that helps us identify early warning signs.”

The veteran police leader said police officer residency in the city helps, as does diversity on the force. Fifty-four percent of Paterson’s police force is Hispanic, the police director pointed out; and the force is composed in part of Black, Bengali, and Arabic officers.

But the most important factor is legitimacy, he said.

“In Paterson, when Ferguson occurred, there were some articles and some things people said about Paterson,” Speziale recalled. “But I’ll be at an African-American church this Sunday. It’s a matter of us being legitimate. Whether we’re the third largest or largest city, it’s about legitimacy. It’s the number one thing. That’s why we get the accolades we do. Of course, we get complaints of excessive force, but we have an open dialogue with the community. We have sensitivity training; we let the community itself train us about concerns.

“Police officers have to be accountable,” he added. “Police officers can take freedom and take life. That is an awesome responsibility. Listen. Someone who shot me, my partner and then killed a woman – after taking that person’s life, I still… you know how many times that haunts you, when you have to make that decision? To have that authority is awesome. And it’s the legitimacy of a department that matters. If a department is legitimate and a guy who gets stopped hasn’t paid $6,000 in child support payments, when that guy sees the police department, he’s not going to get out of his car and run.” 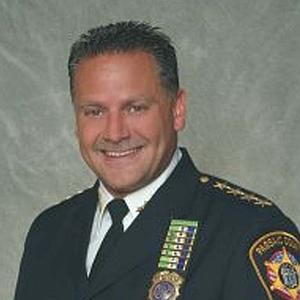