State Senator Ruth Hassell-Thompson tore into Gov. Andrew Cuomo for failing to pass criminal justice reforms in his state budget—saying he failed to fight for the provision and should have allowed legislators to take it up and regular session.

Ms. Hassell-Thompson—who represents parts of the Bronx and Westchester—hit the governor today for allowing a number of criminal justice reform proposals promised in his State of the State address to ultimately be left out of his final spending agreement with Assembly Speaker Carl Heastie and State Senate Majority Leader Dean Skelos. She spoke about the status of the “raise the age” reform, which would bump the age of criminality in New York to 18, with several other lawmakers at a press conference of the Justice League NYC, a police reform advocacy group.

“At the last minute, ‘raise the age’ fell off the table. It was the expression that was just used, that it was no longer part of the budget negotiation. The governor’s efforts to make the budget come in on time became more important, for him, than a lot of the legislative things that were part of that budget,” she said, saying that many advocates discouraged skeptical Democrats like herself from broaching the subject with Mr. Cuomo. “There were many who were so gratified that it was in the budget, that they were, they cautioned us ‘don’t do anything to mess with the process.’ Because they thought they had it. Well, they didn’t understand who they were dealing with.”

The legislator, part of the virtually powerless Democratic minority in the State Senate, argued that the governor should not have latched onto the criminal justice reform cause only to abandon it. Instead, she argued, the measure should have been left to the post-budget legislative session.

“There are many of us who agree that this should have never been in the budget, because it disallowed the kind of discourse and debate that was necessary to ensure that all of the parties had an opportunity to express their concerns. But that wasn’t the way in which it happened,” she said. “While we are hoping that we have, now that we don’t have a budget bill, we are hoping that we will have a program bill that will come from the governor, but we must have pressure put upon the governor. Because, something that you need to understand, you really need to take this home, but you need some historical perspective: this didn’t just come out of the head of one person.”

Ms. Hassell-Thompson, however, remained hopeful that the legislature would be able to press ahead with the proposal before June. She noted that New York and North Carolina are the only states that automatically treat those under 18 as adults, that minority youth disproportionately receive such treatment and that the state has $135 million on hand for alternative-to-prison programs for teens.

“You see, people think that the budget is the end of the discussion. The budget is, gets all the fanfare. But the real work happens between now and June,” she said, though she maintained activists must rally regularly in Albany to impress the importance of the issue upon Mr. Cuomo. “While we are hoping that we have, now that we don’t have a budget bill, we are hoping that we will have a program bill that will come from the governor, but we must have pressure put upon the governor. Because, something that you need to understand, you really need to take this home, but you need some historical perspective: this didn’t just come out of the head of one person.”

Speaking to the Observer after the press conference, the senator hit the governor for tearing the reform effort from the hands of longtime legislative advocates.

“But certainly all of us who have worked for more than the last five years on this legislation took umbrage with the fact that the governor took ownership for this and took it away from people who had been really working on this legislation,” she said. “It has always been my contention, and I have said this personally to the governor, that there are things that I believe, if he really wants them to happen, that he has the wherewithal to help us to make them happen. But I felt that putting this in the budget, he left out a lot of people who could have been more participatory in helping him to be able to make some of the arguments that are now coming up.”

“I think that when I say, ‘they didn’t know who they were dealing with,’ well, whenever the governor feels a certain amount of pressure from one segment but it’s not really strong from the other, he backs away,” she added.

Hazel Dukes, president of the New York State Conference of the National Association for the Advancement of Colored People, echoed Ms. Hassell-Thompson’s attacks.

“I was not thrilled that it was in the budget. You talked to people on that day and they said ‘wait.’ So we did. We waited. And she said it fell off the table. So we’re putting it back on the table,” she said, noting that the minority-heavy New York City metropolitan area supplied Mr. Cuomo with most of the votes in his victory over his Republican challenger last year. “The governor, whether he runs for president or if he runs for re-election as governor, he needs this community. It was shown. He put a lot of money upstate, but it was not upstate that won that election. It was downstate. So we have political power now at hand, and we’re going to use it.”

Ms. Hassell-Thompson’s colleagues had similar hopes that Albany might pass justice reform measures before the end of the session in June—despite Republican control of the State Senate.

“On ‘raise the age,’ it came up in the budget, but that doesn’t mean we stop. We have from now until June to make sure we get it done. But in the Senate, Republicans specifically have conveyed that their opposition is because of financing and funding. Well, a budget shows your values and your priorities, and we’re going to make it very clear that we’re not going to stop, because this is a priority to us,” said Bronx Assemblyman Michael Blake, who also said he would continue to push for a special prosecutor in cases of police misconduct, despite resistance from local district attorneys.

State Senator Gustavo Rivera, another Bronx Democrat, said he hoped to use parliamentary tactics to force a vote on his proposal to automatically hand police abuse cases to the state attorney general.

“They’ve taken a lot away from us, but there are some procedural things we can do to bring up these things for a vote, and there will be a vote on my bill,” he said, noting that liberal proposals such as gay marriage and gun control passed recently despite longstanding opposition from the GOP.

Mr. Cuomo’s office maintained that the governor will continue to push for ending the prosecution of minors, and noted that it is his budget that sets aside the $135 million for reforms. The governor’s camp also noted that Ms. Hassell-Thompson signed a letter with several other legislators arguing Mr. Cuomo’s reform package as outlined in the executive budget, which it argued contradicted her criticism of Mr. Cuomo for failing to get the package included.

“‘Raise the age’ remains a top priority for the governor,” a spokesman said. “I leave it to other self-described supporters to explain both their inconsistent positions and why they actively opposed the Governor’s proposal only a few weeks ago.”

Mr. Cuomo subsequently denied making such a promise, and said he would try instead to push a legislative reform package, even though such proposals were unlikely to clear the State Senate. 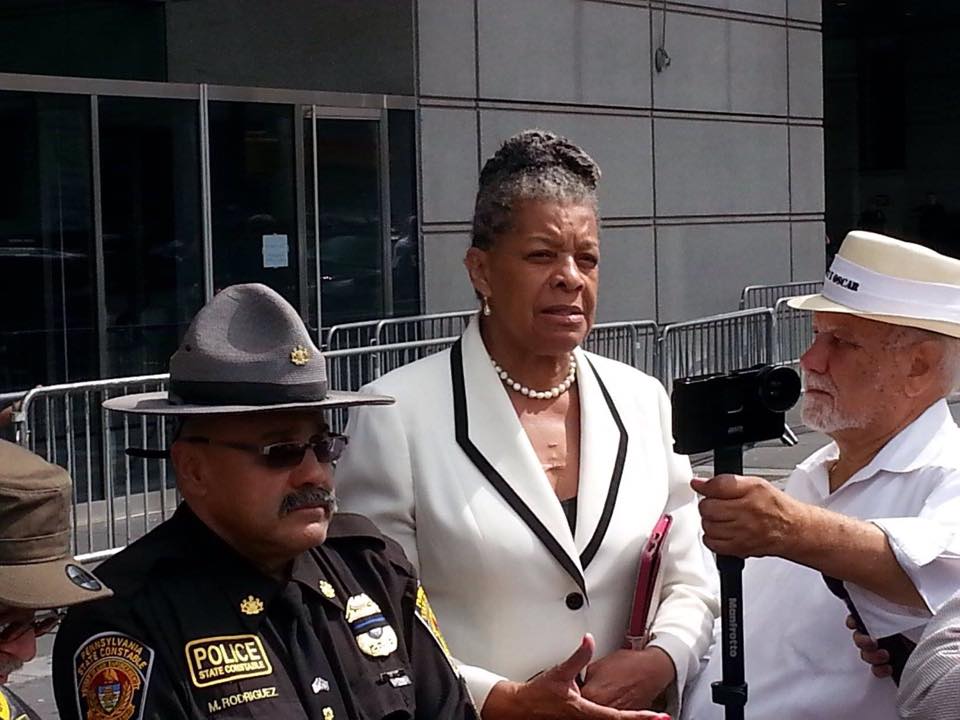