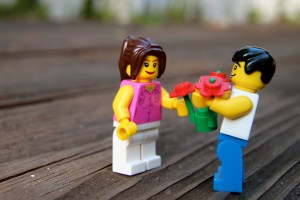 Most of the people giving advice don’t know the research. So where are the real answers?

I decided to call an expert: Dr. John Gottman.

You might remember him as the researcher in Malcolm Gladwell’s Blink who, after just a few minutes, could predict whether a couple would end up divorced.

John is a professor emeritus at the University of Washington and co-founder of the Gottman Institute. He’s published over 190 papers and authored more than 40 books, including Principia Amoris: The New Science of Love, The Seven Principles for Making Marriage Work, and The Relationship Cure: A 5 Step Guide to Strengthening Your Marriage, Family, and Friendships. He’s also a really cool guy. John’s gained powerful insights from studying couples that thrive (who he calls “Masters”) and couples that don’t (who he calls “Disasters”).

So what are you going to learn here?

Want to be a Master and not a Disaster? Let’s get to it.

The Four Horsemen of the Relationship Apocalypse

This is when someone points to their partner and says their personality or character is the problem. Here’s John:

Criticism is staging the problem in a relationship as a character flaw in a partner. The Masters did the opposite: they point a finger at themselves and they really have a very gentle way of starting up the discussion, minimizing the problem and talking about what they feel and what they need.

Ladies, are you listening? Because criticism is something women do a lot more than men. (Don’t worry, we’ll get to how the guys screw up soon enough.)

This is responding to relationship issues by counterattacking or whining. Here’s John:

The second horseman was defensiveness which is a natural reaction to being criticized. It takes two forms: counterattacking or acting like an innocent victim and whining. Again, the Masters were very different even when their partner was critical. They accepted the criticism, or even took responsibility for part of the problem. They said, “Talk to me, I want to hear how you feel about this.”

It’s the No. 1 predictor of breakups. Contempt is acting like you’re a better person than they are. Here’s John:

Contempt is talking down to their partner. Being insulting or acting superior. Not only did it predict relationship breakup, but it predicted the number of infectious illnesses that the recipient of contempt would have in the next four years when we measured health.

It’s shutting down or tuning out. It passively tells your partner, “I don’t care.” And 85 percent of the time it’s guys who do this.

(Want to know a shortcut to creating a deeper bond with a romantic partner? Click here.)

Okay, that’s what kills a relationship. Naturally, you want to know what stops those things from occurring, right?

From looking at the Masters, John saw what prevented the downward spiral of the 4 Horsemen:

John calls this building “love maps.” It’s really knowing your partner inside and out. It was one of the Masters’ most powerful secrets. Here’s John:

A love map is like a road map you make of your partner’s internal psychological world. The Masters were always asking questions about their partner and disclosing personal details about themselves.

John cited a study showing couples with kids talk to each other about 35 minutes per week.Yeah, 35 minutes.

And even most of that was just logistics—“When will you be there?”; “Don’t forget to pick up milk.”—not deep personal stuff like the Masters.

No, this has nothing to do with eBay. We all frequently make little bids for our partner’s attention.

You say something and you want them to respond. To engage. It can be as simple as saying, “Nice day, isn’t it?”

It’s almost like a video game: when the person responds positively (“turning towards a bid”) your relationship gets a point.

When they don’t respond, or respond negatively, the relationship loses a point… or five. Here’s John:

If you turn toward bids at a high rate, you get a sense of humor during conflict. Humor is very powerful because it reduces physiological arousal during arguments and that’s been replicated in several studies.

Ever listen to someone madly in love talk about their partner? They sound downright delusional. They act like the other person is a superhero. A saint.

(For more on the science of sexy, click here.)

Admiration is about the story you tell yourself about your partner. And that leads us to how to predict whether your relationship is working…

The Best Predictor of How Good a Relationship Is

You can do this yourself: have someone ask you about the history of your relationship. What kind of story do you tell?

When your partner describes your relationship to others, what kind of story do they tell?

Does the story minimize the negatives and celebrate the positives? Did it make the other person sound great?

Or did it dwell on what’s wrong? Did it talk about what that idiot did this week that’s utterly wrong?

This simple “story of us” predicts which relationships succeed and which fail. Here’s John:

Our best prediction of the future of a relationship came from a couple’s “story of us.” It’s an ever-changing final appraisal of the relationship and your partner’s character. Some people were really developing a “story of us” that was very negative in which they really described all the problems in the relationship. They really emphasize what was missing. Masters did just the opposite: they minimized the negative qualities that all of us have and they cherish their partner’s positive qualities. They nurture gratitude instead of resentment.

Is there a part of a relationship conversation that’s critical? Actually, there is.

The Most Important Part of a Relationship Conversation

It’s the beginning. Ninety-six percent of the time John can predict the outcome of a conversation within the first three minutes. Here’s John:

Negativity feeds on itself and makes the conversation stay negative. We also did seven years of research on how Masters repair that negativity. One of the most powerful things is to say “Hey, this isn’t all your fault, I know that part of this is me. Let’s talk about what’s me and what’s you.” Accepting responsibility is huge for repair.

How you start those serious relationship discussions doesn’t just predict how the conversation goes—it also predicts divorce after six years of marriage.

Via Principia Amoris: The New Science of Love:

“…it went on to predict with high accuracy their fate over a 6-year period of time. The predictions we made about couples’ futures held across seven separate studies, they held for heterosexual as well as same-sex couples, and they held throughout the life course.”

So you’re talking and you’re starting off positive and calm. Great. Now you should stop talking. Why?

When I asked John what the best thing to do to improve a relationship he said, “Learn how to be a good listener.”

The Masters know how to listen. When their partners have a problem, they drop everything and listen non-defensively with empathy. Here’s John:

In really bad relationships people are communicating, “Baby when you’re in pain, when you’re unhappy, when you hurt, I’m not going to be there for you. You deal with it on your own, find somebody else to talk to because I don’t like your negativity. I’m busy, I’m really involved with the kids, I’m really involved with my job.” Whereas the Masters have the model of, “When you’re unhappy, even if it’s with me, the world stops and I listen.”

And sometimes the best thing to do at the beginning of a relationship argument is to end it immediately. Why?

Sixty-nine percent of a couple’s problems are perpetual. They won’t be resolved.

Beating a dead horse, asking someone to fundamentally change who they are isn’t going to work—but it will make them angry. Here’s John:

In the studies that Bob Levenson and I did, we brought couples back into the lab every couple of years to find out what they are arguing about. And people resolved only about 31 percent of their disagreements. You can edit these videotapes together and it looked like the same conversation over and over for 22 years. Masters learn to accept what will not change and focus on the positive. They seem to say, “There’s a lot of good stuff here and I can ignore the annoying things.”

Okay, that’s a lot of great stuff. Let’s round it up and finish with the thing John said that impressed me the most.

So here’s what John had to say:

Research shows, happy people seek out the positive and are grateful for it. Unhappy people find the negative in everything.

There’s a very similar dynamic in relationships: Masters scan their relationship for good things, disasters are always noting the bad.

And not only that—the Masters’ way of looking at the world is actually more accurate. Here’s John:

Choose to see the positive. It can cause a cascade:

Some of the same things that make you happy can improve your relationships—and vice versa. What’s better than that?

John and I talked for over an hour, so there’s a lot more to this.

I’ll be sending out a PDF with more of his relationship tips in my weekly email (including the two words that can help make arguments dissolve.) So to get that, sign up for my weekly email here.

Eric Barker is the author of Barking Up the Wrong Tree: The Surprising Science Behind Why Everything You Know About Success Is (Mostly) Wrong. Eric has been featured in The New York Times, The Wall Street Journal, Wired Magazine and Time Magazine. He also runs the Barking Up the Wrong Tree blog. Join his 145,000-plus subscribers and get free weekly updates here. 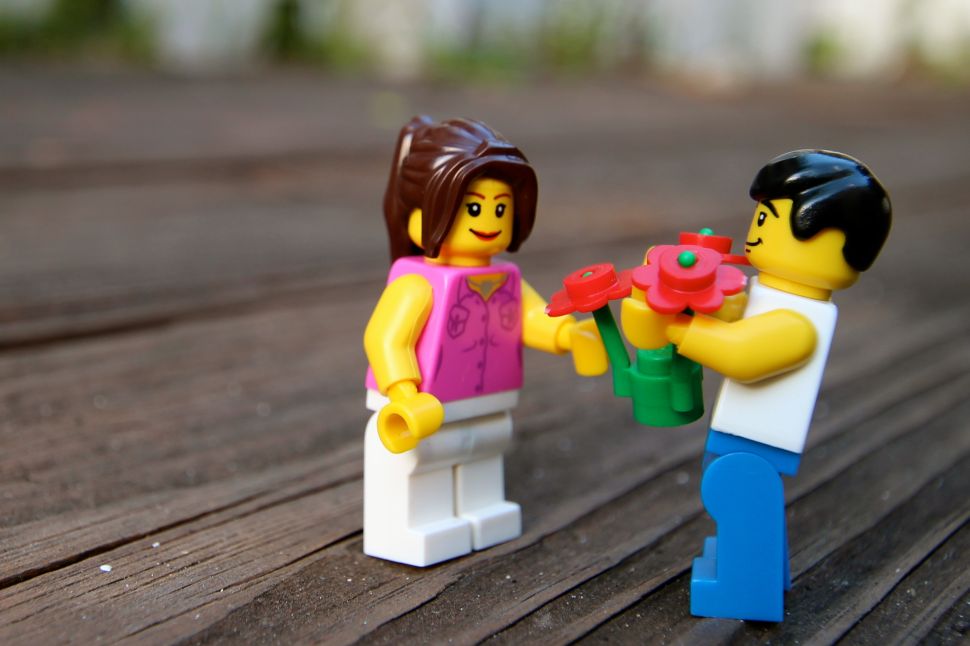