Paige Jennings has an album of family photos that aren’t. Her cousin Roger, her Aunt Helen—they’re not relatives, they’re operatives. She suspects that her neighbor, FBI Agent Stan Beeman, is more a target than a family friend. For all she knows, she’s no more Philip and Elizabeth’s biological daughter than she is Pastor Tim’s. When she flips through the pictures in her parents’ bedroom, the lies add up, each polaroid a little rectangular void of untruth. With mounting panic and anger, she gets louder and louder, until her mother reacts in a way that’s both aggressive and almost involuntary: She leaps up and tries to cover Paige’s mouth with her hand. It’s not lies that are unbearable to her—it’s the truth.

So to soothe their devastated daughter, Philip produces some truth of his own. He selects a series of photos showing the four members of their nuclear family together in happier times, honestly doing things families do. That includes a hiking trip to the Blue Mountains, where seven-year-old Paige’s younger brother Henry insisted on sleeping in her tent. “He was afraid a bear was gonna eat him,” Paige tells her father through the Mona Lisa smile of nostalgia. “I didn’t know that,” Philip replies. Paige’s otherwise innocent explanation comes freighted with her knowledge of her family’s now-sinister secrecy: “He made me promise not to tell.”

A bear has eaten Henry, after all—and Paige, and Martha, and Lisa & Maurice the working-class spies Elizabeth has recruited, and two unlucky mujahideen murdered in a hotel room, and on and on and on. No, not the the Russian bear, but rather the patriotic fervor that leads people on one side of the Cold War to see it as a symbol of strength, and those on the Others to loathe it as an emblem of aggression and brutality. “I Am Abassin Zadran,” tonight’s episode of The Americans, shows how hard it is to live in that animal’s den.

And it takes us inside that den directly, staging several of its most important scenes in the intimate confines of bedrooms. In addition to Paige’s photo-album fight with her parents in their bedroom and Philip’s attempt to comfort her in hers, there’s Elizabeth’s later visit to that same room, where she invites her daughter on a trip to Russia to visit her dying grandmother. There’s title character Abassin Zadran’s hotel-room killing of two colleagues he’s been wrongfully led to believe will sabotage his mission to secure Stinger antiaircraft missiles for his war against Russia. There’s Martha’s tearful call to her parents, during which she realizes she can hardly get the lies she’s been forced to swallow back out of her own mouth anymore. And there’s her final confrontation with “Clark,” when she tells him she wants to end their marriage, and he reveals just who it is she really married.

There’s almost no way to heap enough praise on that scene, but I could bury it with blandishments and actor Alison Wright would still tower above it. What an incredible season she’s had, investing a character who so many people, including herself, see as mildly pathetic with totally convincing charm, courage, loyalty, confusion, disillusion, and terror. Wright played Martha as someone who’d rightfully come to appreciate herself as a pretty interesting and successful person. She has the kind of job that makes people say “Wow, what’s that like?”, she has a secret husband doing top-secret work of the highest importance, and they have a genuinely terrific and imaginative sex life, the kind that requires real emotional labor to create, especially after years of romantic neglect. How nightmarish would it be to see so much of that undone so dramatically? Her tenacity, her denial, her grief, her fear—there’s your answer.

“Clark”’s unmasking itself is simply the last in an episode-long string of “oh shit!” scenes that included a suspicious Stan’s visit to Martha’s apartment and an equally suspicious Agent Aderholt’s accusation that something went on between Stan and his former mole Nina, and it’s staged like something out of a horror movie. No, really: Watch this scene from splatterpunk genius Clive Barker’s cult movie Nightbreed, if you can stomach it, and tell me there isn’t something equally nauseating in how Clark peels off his wig to become Philip. Tearing off the false face to reveal the true one is a staple of the genre. So is the wide-eyed, mascara-streaked woman’s face, staring back in horrorstruck awe, or awestruck horror — and that, in the form of Alison Wright’s Martha, is the final sight we see. There’s not another shot on The Americans’ three seasons that I’ve found that striking, that disturbing. Whether she accepts or rejects this revelation, some part of her has been irreparably devoured, by a predator wearing the face of the man she loved. She can pack all the suitcases she wants. So, we’ve learned, can he. 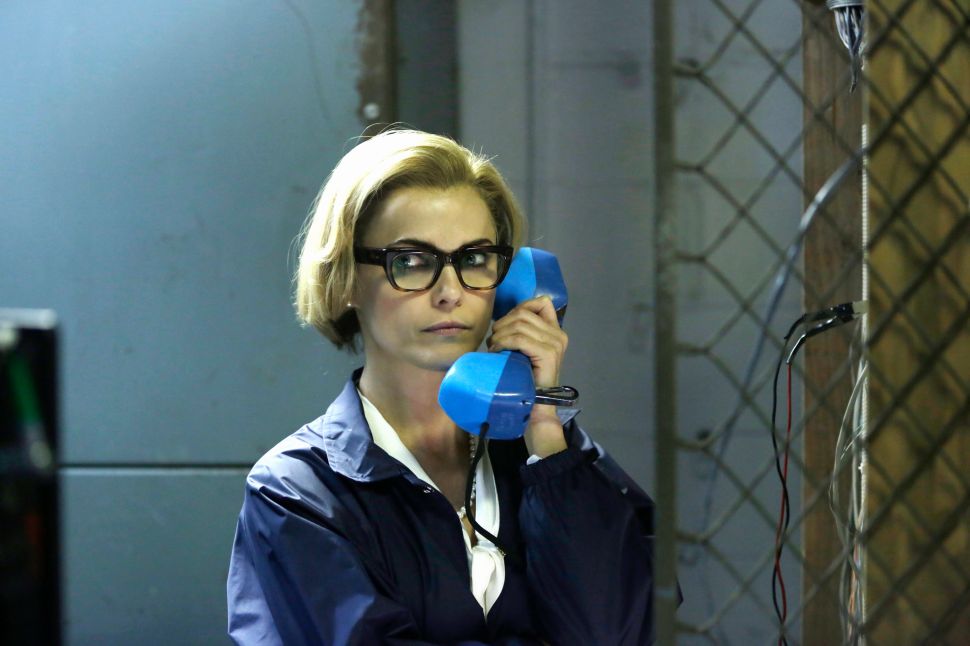