It may be an understatement to say that Cuban art is going through a change. In December 2014, President Obama and Cuban President Raúl Castro agreed to naturalize relations between the two countries. The decision has prompted the art world’s attention, and sparked questions on the what the renewed relationship will mean for artists, collectors, and those interested cultural exchange. Just last week, New York art law group Herrick, Feinstein, and Akerman hosted a panel on best practices for buying art in Cuba, perhaps in preparation for the upcoming Havana Biennial, which kicks off in May. But New Yorkers can sample the island’s diverse art scene without leaving the city through a special exhibition at the Bronx Museum of Arts.

“Cuba Libre!: Works from the Shelley and Donald Rubin Private Collection” is on view through June 21, and features art made between 1985 and 2014 by Cuban artists grappling both directly and subtly with the nation’s turbulent history and identity. All of the featured works are on loan from the Shelley and Donald Rubin Foundation, which is also sponsoring free admission to the museum indefinitely.

Best known for their expansive collection of Himalayan art, the Rubins have been leading collectors of Cuban art since 2009. In addition to lending work to the 2013 exhibition “Citizens of the World: Cuba in Queens” at the Queens Museum, the Rubins have sponsored several other shows of Cuban art and maintain The 8th Floor, a space in Chelsea where visitors can view their collection.

“Appreciating art is a heart connection, and I felt that the first time I visited the Center for Cuban Studies, run by Sandra Levinson, in 2008, and first saw contemporary Cuban work,” explained Donald Rubin to the Observer. “Shelley and I knew nothing about Cuban art at that time, but it grabbed me with its beauty, energy, and imbedded political and cultural meaning. The skill of the artists shone through.”

It’s a bright and lively show that draws attention to the unique circumstances under which the art was made. The first piece visitors see upon entering is La Estatua, a painting by the polemical Cuban-born, Miami-based painter Tomás Esson. Against a pale blue sky filled with seagulls, a statue of a Fidel hangs with a rope around its neck. Black clouds hover in one half of the sky, while handprints below the base of the statue suggest a mass of people pushing Fidel to his end. The message is less overt in Humberto Castro’s four punk-inspired lithographs on cardboard from the series Cuatro segundos de papel. The high-contrast palette and bold lines combine figurative and abstract elements to tell a cryptic narrative of two people arranging a date, juxtaposed with the phrase “ya estoy lista. voy a salir” (“i’m ready. i’m going to leave”). The words can be read as metaphors for longing, leaving, and waiting—experiences intrinsic to the contemporary Cuban experience, and particularly salient for Mr. Castro who left Cuba to live in Paris, and now lives in Miami.

Then, in a small room behind the main exhibition space, is José Ángel Vincench’s Exile, a solid gold bar inscribed with the titular word. His powerful piece is complemented by assemblages of faces, made from art history books, paintbrushes, fabrics, and everyday ephemera by Havana-based artist Eduardo Ponjuán. Both artists point to the ways in which the function of materials can change, taking on new purposes and aesthetics. The room is an example of the ways in which Cubans have been forced to repurpose materials—cars, for example—in order to maintain infrastructure.

Cuban art is poised to shift along with the politics of the country—now more than ever. “Cuba Libre!” is just the beginning of the Bronx Museum’s Cuba-focused programming. Set to open at the Museo Nacional de Bellas Artes (MNBA) in Havana on May 21 is the first part of “Wild Noise,” an exhibition of 90 works from the Bronx Museum’s permanent collection. Then, in the spring of 2016, 90 works from the MNBA will travel to the Bronx Museum. The exchange is the largest to take place between the two countries in the past 50 years. 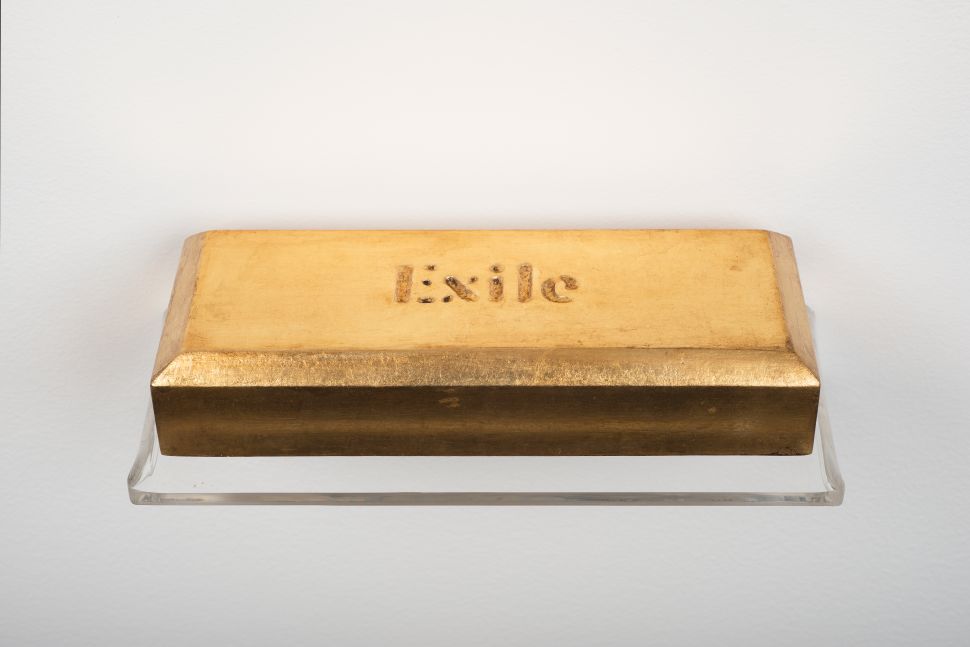