Kipling wants you to know they do not merely make luggage, they “make happy”(ness?) with their #KiplingMakeHappy Launch party. I assume this refers to some of their more colorful accessories, but there will also be cocktails, bites and a performance by indie pop band MisterWives, so it definitely won’t make you sad.  LightBox, 339 West 38th Street, 7-9 p.m., invite only

People are going to be dancing through office spaces as though they’re on Mad Men. The creators behind the super-innovative Then She Fell interactive performance have been commissioned by Arts Brookfield to
“pay tribute to mundane objects” like egg chairs in office lobbies beginning today. The exhibit runs until April 25.  245 Park Ave, 12 and 1 p.m., thirdrailprojects.com, free

There’s a great scene in Marie Antoinette where all the aristocrats don masks and go to a party where they can dance to the Sex Pistols and drink champagne and cavort undisturbed. It’s terrific. Almost everything in life falls short of the movies, but the Young Friends Save Venice Ballo in Maschera does not. Go for the dancing and the cavorting and the champagne, all behind some of the most beautiful masks you’ll ever see in real life. The Pierre Hotel, 2 East 61st Street, 10 p.m.-12:30 a.m., savevenice.org, $200

What is a day without sunlight? What is dinner without wine? I mean, adequate, I guess. Being deprived of either of those things for a day will not kill you, but those days are sort of subpar. Don’t have a subpar day! Enjoy the superlative Wine Dinner that is being hosted at Barchetta. The Italian restaurant’s general manager and wine director George Hock will be hosting the evening, and educating guests on the wines of the Mt. Etna region in Sicily (which you may associate with Europe’s largest volcano, thus making the wines seem more dangerous and exciting and explosive). Seven wines will be presented, all from the region, which will be served along with delicacies from the area. You can likely expect some arancine, a little panelle, and at least one person to quote from The Godfather.  The Lido Deck at Barchetta, 461 West 23rd Street, 4-5 p.m., (212) 255-7400, $65

One of the only downsides of being invited to a Passover meal is trying to figure out which foods will be needed and appropriate. You could probably just bring flowers, or you could try to bring those coconut macaroons? Nobody likes those. They think you’re bringing macarons (which are not the same thing) and they get excited, and then everyone just looks sad. Go instead to the charity Living With Dignity’s Mexican Passover Brunch! You won’t have to worry about bringing any food whatsoever. They have all the food you could possibly want! That includes brilliant and unusual dishes like Matzo tortillas and chipotle brisket. There’s some more traditional fare, too, like potato pancakes and house made salmon pastrami. You’ll also be able to enjoy live music performed by The Metropolitan Klezmer, who’ll be playing songs from their fifth album, Mazel Means Good Luck. The charity was inspired by the life of Shalom Yoran, a Holocaust survivor who wrote The Defiant: A True Story of Jewish Vengeance and Survival but became frail later in life. Proceeds from the dinner go toward providing tools for mobility to the elderly. Toloache Thompson, 205 Thompson Street, 11 a.m.-3:50 p.m., livingwithdignity.org/2015-tickets, tickets start at $150

The Order of the Golden Sphinx sounds like something you’d find in Harry Potter, but the wizarding world has nothing on Manhattan. The benefit staged by Harvard’s Hasty Pudding Institute of 1770, which “fosters the performing arts within its membership, at Harvard, and the community at large,” will honor legendary music producer Clive Davis. Throughout the evening there will be performances written and composed by alumni members Nell Benjamin and Larry O’Keefe.  Plaza Hotel, 770 Fifth Avenue, 6 p.m., hastypudding.org/order-of-the-golden-sphinx, tables for $10,000

At least to New York women, the right to shoes is sacred. They’ll doubtless enjoy hearing Patricia Morrisroe read from her latest book 9 1/2 Narrow: My Life In Shoes. The memoir will take you from her time as a journalist in oxfords to a bride in Manolos, all with amusing, toe-tappingly delightful anecdotes.  The Corner Bookstore, 1313 Madison Avenue, 6-8 p.m., free

Do you think that the greatest thing about living in America is the freedom of the press? Do you definitely not think that? Do you think it is maybe another thing, like our abundant fast food? Either way, go to the Deadline Club’s panel about censorship. They’ll be discussing the Limits of Free Speech: Publishing in a Hacked and Charlie Hebdo World. Pulitzer-prize winning cartoonist Signe Wilkinson, Victor Navasky of The Nation, Imam Feisal Abdul Rauf and the Observer’s own David Wallis, who edited Killed Cartoons: Casualties from the War on Free Expression, will be participating. Award-winning journalist Jessica Seigel moderates. The CUNY Graduate School of Journalism, 219 West 40th Street, 6:30 p.m., deadlineclub.org, $10 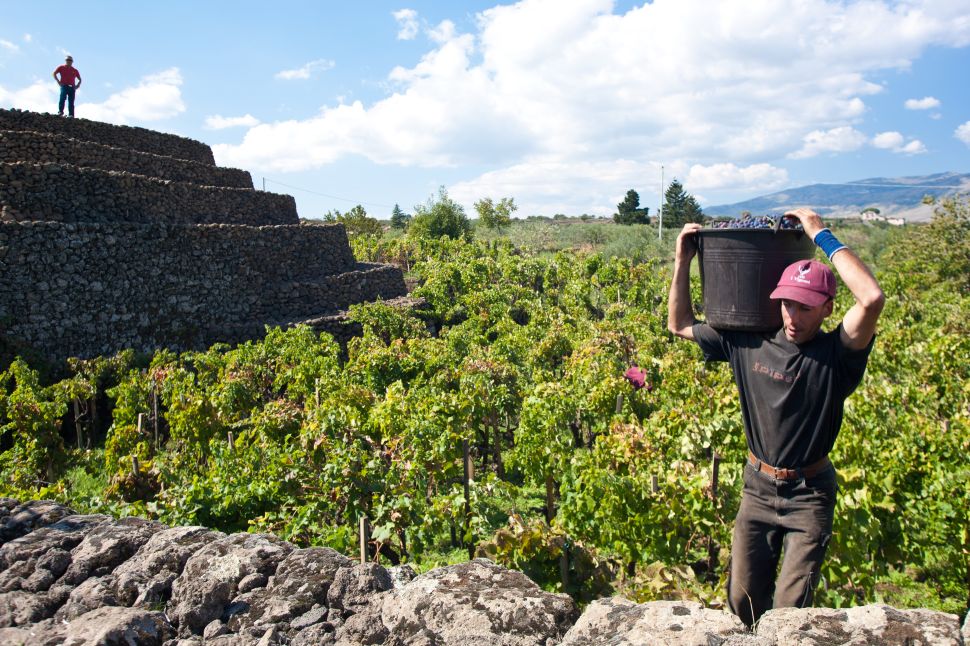