On May 1, if you happen to be passing by the Empire State Building, remember to look up. The New York City landmark will be collaborating with the Whitney Museum of American Art for a “one-of-a-kind,” one-night-only light show.

From 8 p.m. to 2 a.m, 12 iconic different artists will inspire the lighting display for 30 minutes each. The show will feature segments inspired by Georgia O’Keeffe, Andy Warhol, Barbara Kruger, Edward Hopper, and Jasper Johns, among others.

The show marks two special occasions: the 84th anniversary of the Empire State Building and the inauguration of the Whitney’s new home in Manhattan’s Meatpacking District, which opens to the public May 1. All of the artists featured in the light show are included in the new Whitney’s inaugural exhibition America Is Hard To See, which runs May 1 through September 27 at 99 Gansevoort Street.

“We can’t imagine a more spectacular way in which to signal the opening of our new building and celebrate the art and artists of the United States,” said Donna De Salvo, the Whitney’s chief curator and deputy director of programs, in a statement.

A special viewing of the event will take place for museum visitors from 8 p.m. to 10 p.m. at the Whitney, where guests will be able to catch the show from the building’s east-facing terraces.

Features artworks can be viewed online on the museum’s website, where a synchronized slideshow will play in real time with the event that night. 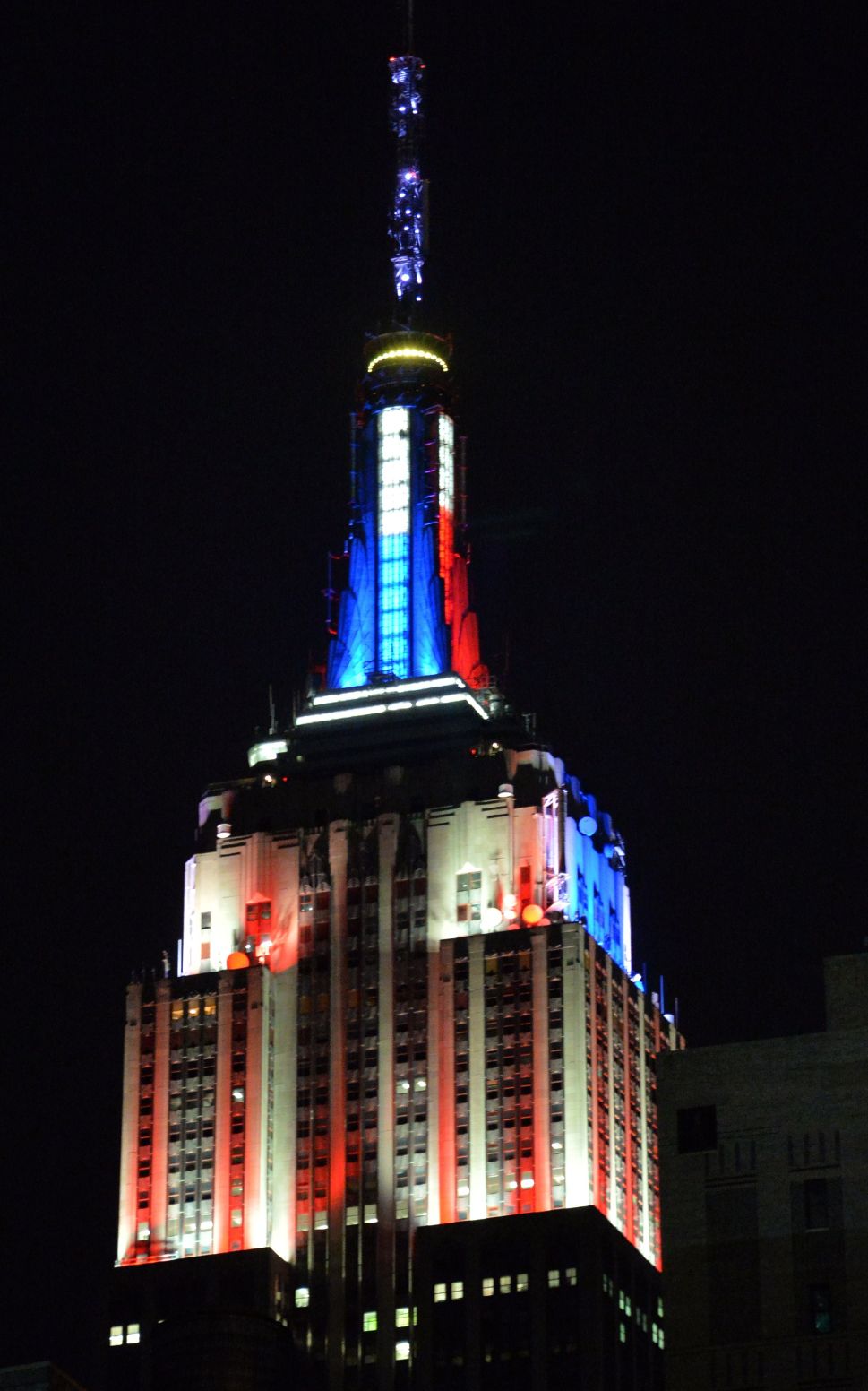