You’d be hard pressed to find an organization that hasn’t tried to engage millennials with the hope of gaining access to their future spending power. But for nonprofits in particular, early signs suggest that this hyper-connected and socially motivated generation is particularly difficult to pin down, and that efforts to connect with them are missing the mark.

“Look at the youth market as the mash-up generation,” said Lee Fox, founder of PeerSpring, which seeks to involve younger generations in civic engagement. “They aren’t donating in the ways that we are used to, but they are actively participating in a much more connected way.”

According to a study by the software firm Blackbaud, millennials, born between 1981 and 1997, represent roughly 11 percent of donors in the United States. Seventy-five percent of young people donate (or are open to donating), according to a 2012 study by the Millennial Impact Project. But the vast majority of the gifts they give are less than $100 per organization, and just 15 percent contributed $500 or more.

And they aren’t connecting with nonprofit organizations nearly as much as previous generations; instead they are connecting directly to issues and causes, and to each other. They are giving to their friends and to those nonprofits that are engaging them in innovative and meaningful ways.

Historically, nonprofit organizations have prioritized fundraising above all other ways of connecting with audiences. They measured their success in terms of fundraising and made the case to prospective donors that their support had a positive impact on a cause.

But young people aren’t really writing checks or donating online to organizations like Feeding America or the Red Cross, trusting them to deliver impact. Instead, they are investing their dollars through crowdfunding sites like Crowdrise or Kickstarter. The connection to the cause is virtual, but the community that they are part of is very real.

Kari Saratovsky, author of Cause for Change: The Why and How of Nonprofit Millennial Engagement, says the challenge for organizations is to figure out how to tap into these communities—to get peer influencers mobilizing their networks.

“Peer-to-peer is getting the people that you care most about—the people in your professional life, in your personal life, your family, your friends—behind something that you care about,” she explained. “That is what we saw with the Ice Bucket Challenge, where you had all these new donors that really didn’t—and still don’t—have a connection to the organization, or even the issue. They wanted to help a specific person they knew.”

The most compelling nonprofits aren’t just raising awareness; they are helping millennials understand the impact they are having in easily accessible and shareable ways, and giving them a greater level of control over the ultimate outcomes. The organizations that figure out how to develop genuine relationships with prospective donors are more likely to find support from young people.

Charity: , for instance, a nonprofit devoted to bringing clean drinking to people in developing nations, recently received a grant from Google to monitor the output of their wells around the world—to show donors not only exactly where their money was going, but to hold themselves accountable for their work.

DonorsChoose makes sure the connection between a donor and the classroom they help to support is known by having teachers and kids send personal thank you notes to those who have donated. The Gates Foundation has open data sharing initiatives. And DoSomething, which seeks to motivate young people to get involved in causes they care about, has turned social action into a group activity, encouraging teenagers to use their network of friends to tackle problems in their community.

In the rush to stay current, though, many nonprofits and charities are attempting to capitalize on new trends or emerging channels—prioritizing short-term gains over long-term relationships. They are still measuring their success based on the amount of money they raise, not the value of the relationship that they can establish with a potential supporter. Another strategy is to think longer-term, working instead to keep people engaged until they are ready to give—perhaps even years into the future.

For David Whitehead, who leads the AARP Foundation, getting young people to volunteer is a vital step. Engaging millennials in the actual work being done, he suggests—whether it’s providing meals to hungry families or creating connections with seniors to help combat isolation—will allow young people to learn firsthand the kind of impact an organization is trying to deliver. And research has shown that the deeper the connection people form with an organization or cause through volunteering, the more likely they are to donate.

“Older audiences are more trusting of organizations to deliver on the impact that they’re striving to create. Younger generations are not necessarily less trustful, but they have a desire to be more directly involved,” Mr. Whitehead said. “We have to engage young people in an intergenerational way. We have to do more to transfer the knowledge and commitment from older generations to those up and coming.”

Brian Reich is the author of Shift and Reset: Strategies for Addressing Serious Issues in a Connected Society. 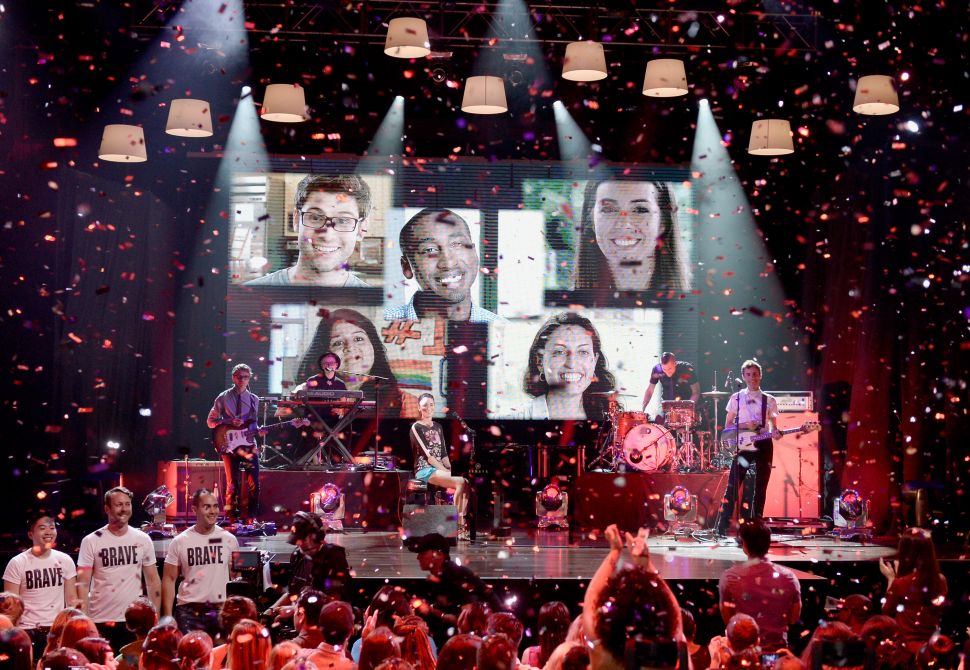