Director Des McAnuff, who has helmed Tony winners like Jersey Boys and The Who’s Tommy, sums up the history of his most recent project succinctly: “It has been 50 years since David Lean made his film, Doctor Zhivago, and it has been 70 years since Boris Pasternak started the novel.” He didn’t complete it till 1955.

And “a few weeks after that,” the director joked, “we started work on the musical.”

Well, not quite that long, but it’s been a decade of rewrites, workshops and tryouts for the musical version of the tumultuous Russian romance. The show finally opens April 21 (it began previews last week) at the Broadway Theater.

Doctor Zhivago, by way of reminder, is the epic that asks the question—against the constant bombast of world wars and revolutions in Russia from 1903 to 1943—can Tonia Gromeko stay in love with her poet-physician husband, Yurii, if he loves fleetingly (but forever!) Lara Guishar, who in turn is loved by Pasha Antipov and pursued by Viktor Komarovsky?

In that order, these characters were played in the 1965 movie by Geraldine Chaplin, Omar Sharif, Julie Christie, Tom Courtenay and Rod Steiger. (It was nominated for 10 Academy Awards and won five.) Now, they are played by Lora Lee Gayer, Tam Mutu, Kelli Barrett, Paul Alexander Nolan and Tom Hewitt.

“It has a cast of 32, who, over the first three and a half decades of the 20th century, travel across chasms of history and vast geographic distances,” he said, “but ultimately it’s the story of five people—three men in love with one woman, and two women in love with one man—and I’d like to think it can be told in one room.”

That’s literally what Michael Scott-Mitchell, a set designer he retained from the Australian edition, did. “We set the piece in a ballroom that decays and mutates through the First World War and the Russian Revolution and becomes an interior and an exterior. We see passages of time and distance as this one room transforms.”

Mr. McAnuff would not ordinarily seem to be the go-to guy for such a lush, richly romanticized production, but he has steered it through all its far-flung iterations, from the La Jolla Playhouse, where he was artistic director, to Australia and Korea.

“I’ve been working on it as long I’ve been alive, I think,” sighed Anita Waxman, lead producer. Composer Lucy Simon and her  lyricists, Michael Korie and Amy Powers, figure they must have written 100 songs for the show—“but it might be 75 with a bunch of reprises.” Eighteen songs are still standing—plus an inevitable non-original: The lilting, hugely popular “Lara’s Theme,” which won composer Maurice Jarre an Oscar.

“That theme is as iconic in Zhivago as the snow,” admitted Ms. Simon. “We didn’t initially put it in, but in Australia we sent out questionnaires, asking the audience if they missed ‘Lara’s Theme.’ They said, ‘We loved the score, but it would be nice to have it in,’ so we figured out where to put it.”

Mr. Korie clarified, “We thought audiences were impatient for it, so we let ‘em have it, but we did something special: We did it in Russian and situated it as if it were a folk song sung by nurses in a World War I Army camp. You got an exclusive on that!”

Book writer Michael Weller, a playwright of considerable note (Moonchildren, Loose Ends, Spoils of War) in his Broadway-musical debut, had the unenviable job of compressing 592 pages into a reasonable running time for a piece of theater while still keeping the principal characters from being swamped by the massive tides of historical events.

“I love difficult material—and making it look easy,” he said. “I looked at: What is the problem? What’s the core story? Who are the main people?’ We boiled it down to five, created a triangle diagram. That moved the plot.”

“As dark as the novel is, it does leave you with a significant amount of hope,” Mr. McAnuff said.  “Yurii Zhivago, like many of us, wonders what he’s doing on the planet. He falls in love. It takes him a long time to end up with the person he’s perhaps destined to be with … after he has been through every circle of hell imaginable.

“Eventually, he realizes he’s on the planet to create art—poetry—about their love. I want people to leave the theater realizing that human beings, through art, can survive the most nightmarish of times.

“That’s not a bad thing for us to carry around in our hearts.” 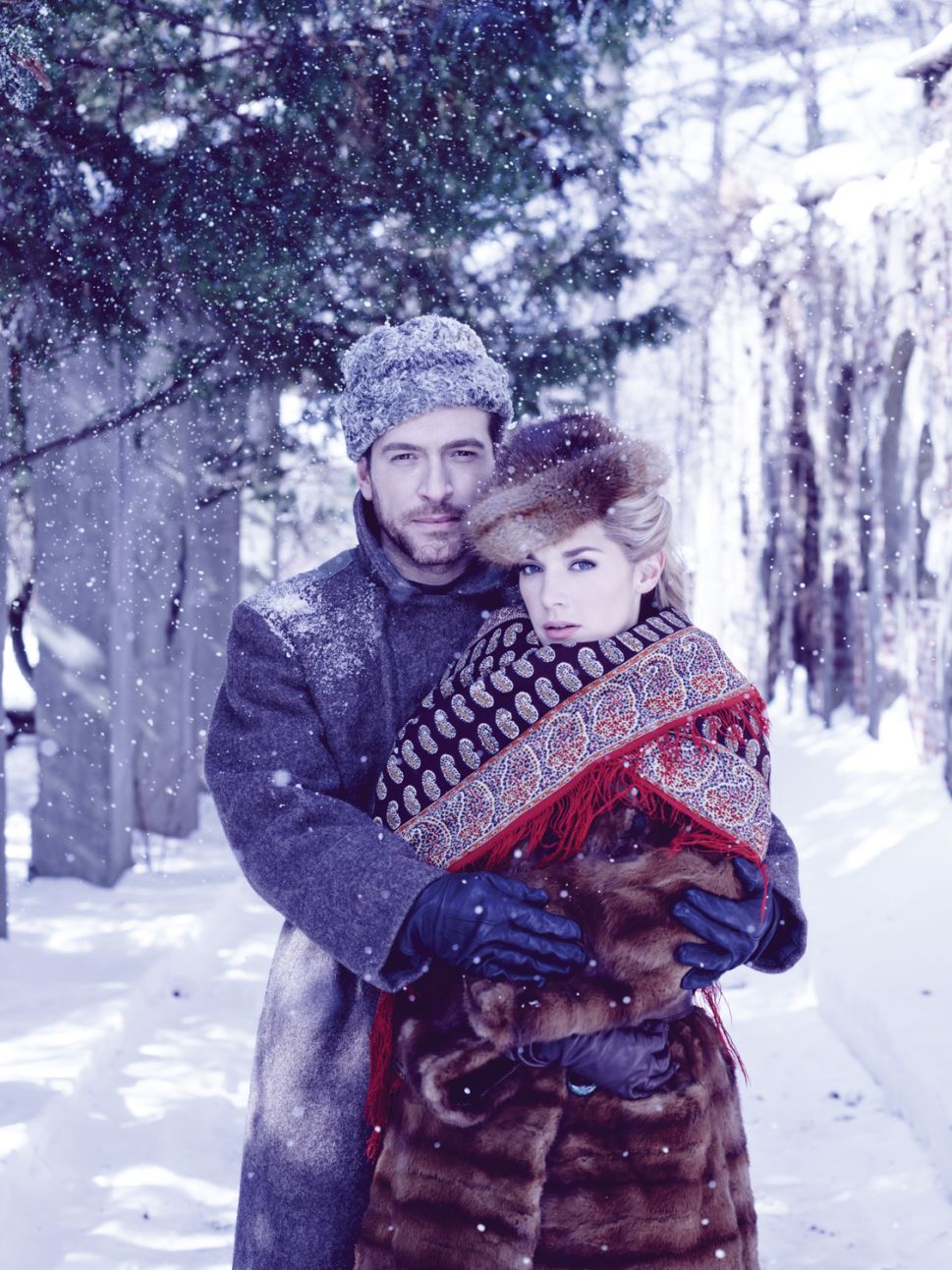