How did the U.S. not see what was happening in Yemen?  Why did we not prevent Yemen from failing under the control of the Houthi?

The answer is that the United States made elementary mistakes. And the result of those mistakes is a huge regional blunder. The United States had all the intelligence they needed about what was happening in Yemen. They just did not use that information, they did not perceive of the Houthi as a power that could—and would, take over not just Sana, the capital, but the entire country. The U.S. thought the Houthi were weak and disorganized.

The United States deemed the Houthi like how they once saw ISIS. And they made the same mistakes. The attention of the United States was focused on confronting al Qaeda of Yemen. The Houthi were, quite literally, left alone.

And the US saw nothing wrong in leaving them alone because the Houthi are supported by Iran. And Washington did not want to irritate Iran and jeopardize its very sensitive nuclear talks.

Now Saudi Arabia has begun to confront the Houthi. The Saudis cannot have an extremist Islamic group spilling over across their border.  Finally, the United States is pitching in. The US has dozens of drones flying and relaying Houthi movements to the Saudi Air Force. The Jordanian Air Force and the Egyptian Air Force are pitching in.

The situation in Yemen is more than just the overthrow of a government by extremists. It is about the conflict that exists between Sunnis and Shiites. Make no mistake about that.  It is Sunnis versus Shiites. It is Saudis versus Iran. When the Saudis, who are Sunni, began airstrikes against the Houthi Shiites who have taken over most of Yemen, they vowed that the Sunni kingdom will do “anything necessary” to protect its neighbor from Itan-backed Shiite rebels.

The importance of what they were doing was underscored by the way in which Saudi Arabia announced its intentions in Yemen to the world. The air campaign was announced at the Saudi embassy in Washington by Ambassador Adel al-Jubeir. The Saudis in DC almost never have press conferences. They prefer back channels for almost everything.  And here they were, announcing an offensive military action by Saudi Arabia in Washington. That was out of the ordinary.

Now remember that Saudi Arabia is a partner in the US- led coalition against the ISIS and al Qaeda and you get the full impact of what they were committing to.

Saudi Arabia quickly cobbled together ten Middle East countries to join a coalition against the Houthi Shiite takeover of Yemen.  In a statement published by the Saudi Press Agency, Saudi Arabia, the United Arab Emirates, Kuwait, Qatar and Bahrain said they would answer a request for support from Yemeni President Abed Rabbo Mansour Hadi

They pledged: “to protect Yemen and his dear people from the aggression of the Houthi militias which were and are still a tool in the hands of foreign powers that don’t stop meddling with the security and stability of brotherly Yemen.”

The conflict has been going on for months.  Weeks ago the capital Sana fell and Yemen’s President Hadi was chased from the capital by the Houthi. According to Yemeni security officials, Hadi abandoned the country, leaving on a boat from the southern port of Aden. His departure came after Iranian backed Houthi airstrikes attacked his troops and rained down a barrage of armaments.

When the Saudi Ambassador to the US, Al-Jubeir, made the announcement that Saudi Arabia and other Arab nations were using their air forces to stop the Shiite Houthi he said that he “had never seen militias with air power.” Militias—not countries.  It was a clear reference to Iranian support and their massive deliveries of weaponry to the Houthi.  Reminding everyone who the Houthi are, Al-Jubeir said they “have always chosen the path of violence.”

Only slightly more than three years ago, American officials were celebrating Hadi’s rise to power in a US-brokered deal that ended the longtime rule of Ali Abdullah Saleh during the political upheaval of the Arab Spring. President Obama even mentioned it in his January 2015 State of the Union Address as an example of a successful Middle East policy.

Just a few months ago, President Barack Obama was still calling Yemen a counterterrorism success story, even as the CIA warned that Iranian-backed Houthi rebels were growing restive in the north of the country.

Over the past few years the US has spent oodles of time focusing on al Qaeda of Yemen as a threat and never even assessed the danger of Houthi.  We were constantly hearing about al Qaeda of Yemen—AKA AL Qaeda of the Arabian Peninsula, as if they were the one and only threat.

All the while the Houthi were growing in power and training. Because the Houthi and al Qaeda are sworn enemies, the hope was that maybe they would simply self destruct.

So who are the Houthi?  Who is this group the US paid so little attention to for so long? The Houthi is actually a tribe, actually, they are one tribe divided into two. They broke off from Shia centuries ago and were persecuted by Sunnis and Shiites alike.

Their traditions they are actually similar to Sunni tradition, with a twist. The actual name of their sect of Islam is Zayda Islam. They are known as Ansar Allah or supporters of God. Houthi is the tribe. It is the family name. They are a group trying to recreate their ancient region that included part of Yemen, parts of Iraq and parts of Saudi Arabia.

The Houthi now compose about one-third of the population of Yemen. They are well equipped, highly motivated, but not very well organized or trained. They are very intimidating. The Houthi are not about to go away. They are determined to recapture their heritage and culture.

The Houthi are not secretive about their goals. On their flag is written: “God is Great, Death to America, Death to Israel, Curse on the Jews, Victory to Islam” 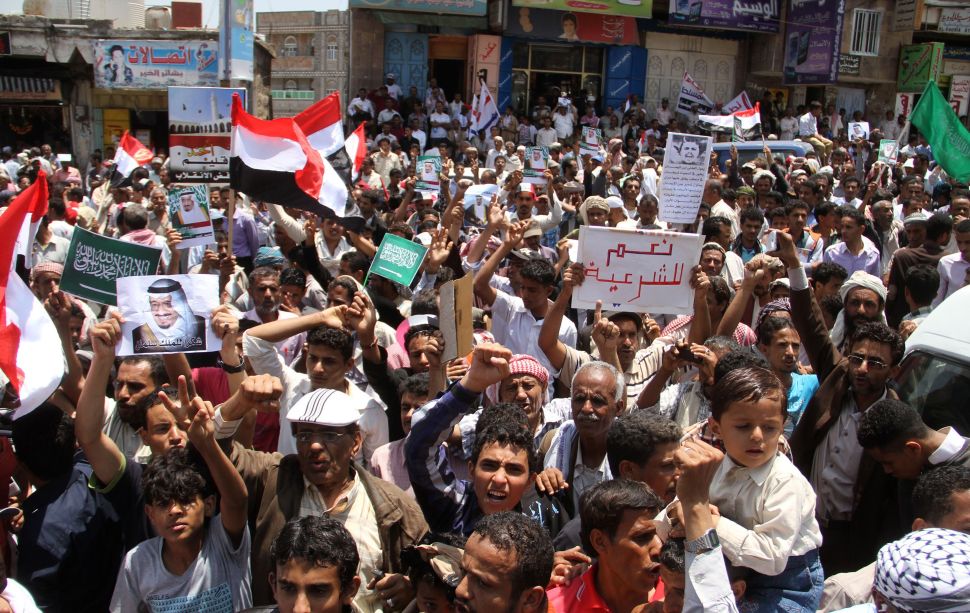