Of all the lessons I learned in the Navy, the “Stockdale Paradox” is one of the most profound.

They taught it to us in Survival, Evasion, Resistance, and Escape School. Before we went out in the woods to starve for a week, then get captured, then get locked in small cages, beaten in interrogations, and blasted at night by the sounds of crying children pumped through the loudspeakers, they wanted us to learn a lesson from the man who earned the Congressional Medal of Honor for his leadership of prisoners of war in Vietnam.

James Stockdale was a pilot whose plane was shot down over Vietnam in 1965. He endured seven and a half years of captivity and torture as a prisoner of war. He organized a system of discipline and coded communications for his fellow POWs. He refused, even under torture, to offer intelligence to his captors.

Stockdale observed that those POWs who broke the fastest were those who deluded themselves about the severity of their ordeal. They imagined that they would be out next week, or out next month, or out by Christmas. But he lasted unbroken for seven and a half years because, in part, he refused to lie to himself.

Here’s how he explained the “Stockdale Paradox”: “You must never confuse faith that you will prevail in the end—which you can never afford to lose—with the discipline to confront the most brutal facts of your current reality, whatever they might be.”

To endure hardship, you had to do two things:

2) The paradox, however, is that at the very same time, you have to find a way to hold on to hope.

So how do you do both at the same time? How do you resolve the paradox?

Just as I was inspired by Stockdale, it turns out that he was inspired by someone who practiced the same wisdom two thousand years earlier. As Stockdale ejected from his plane and parachuted into enemy territory, he had a moment to reflect on what was ahead of him. “I’m leaving the world of technology,” he recalled telling himself, “and entering the world of Epictetus.”

Epictetus was born a slave and was crippled from a young age—possibly as a result of a severe beating from a cruel master. After he was freed, he went on to become one of Rome’s greatest philosophers. We live in an uncertain and hostile world, he told his students—but we alone are responsible for our happiness, because each of us is free to choose and judge.

Whatever the world sends us, we have power over our intentions and our attitude. And here, Epictetus tell us, is the keys to the paradox. To make it through our toughest moments, there is one thing we must do:

Even in a world that feels out of control, take responsibility for something

Like Epictetus, Stockdale sustained a severely broken leg. He suffered regular beatings, imprisonment in leg irons, and solitary confinement in a cell three feet wide. There was very little that Stockdale could control—he’d lost control over his movement, his diet, even the integrity of his own body. But even in a world in which virtually everything had been taken out of his power, he followed Epictetus’ guidance and found ways to exercise responsibility. He kept his fellow prisoners organized and disciplined. He offered no information to his captors.

Throughout his ordeal, Stockdale maintained that he held more power over his suffering than his captors: his ordeal would only become an evil if he let it. “I never lost faith in the end of the story,” he said, “that I would prevail in the end and turn the experience into the defining event of my life, which, in retrospect, I would not trade.”

When things get hard, you can always ask yourself, “What can I take responsibility for?”

Few of us will ever suffer like James Stockdale did. Yet all of us are likely to find, as Stockdale did, that acceptance of responsibility is a powerful cure for pain. Even when seemingly powerless, the resilient person finds a way to grab hold of something to be responsible for, even if that only means taking responsibility for what we are thinking right now. That, Epictetus and Stockdale believed, was the true power available to anyone who is willing to say—even when life was tough and unfair–I’m responsible. Do that, and you’ll begin to build resilience in all that you do.

Eric Greitens is a Navy SEAL, Rhodes Scholar, boxing champion, and humanitarian leader. The founder of The Mission Continues and the author of the New York Times best-seller The Heart and the Fist, Eric was named by Time magazine as one of the 100 most influential people. His book, Resilience, has just been published. 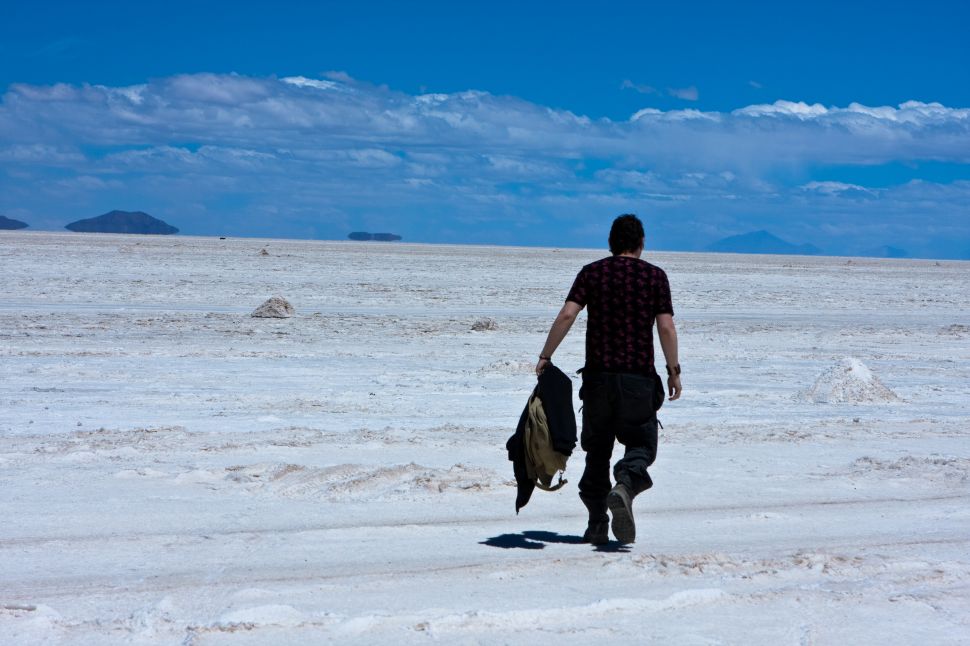