On Ninth Avenue and 43rd Street is a narrow Turkish joint. Great lamb gyros, but a chilling place to read Operation Nemesis: The Assassination Plot that Avenged the Armenian Genocide. The gripping book details how a small group of survivors of the Turks’ systematic massacre turned into hit men, whacking several of the architects of the crime against humanity. And the book’s author is Eric Bogosian. Yes, that Eric Bogosian, the actor from Law and Order: Criminal Intent and monologist extraordinaire, famous for creating bitterly funny characters rather than exhaustively researched historical tomes with pages of footnotes. Mr. Bogosian, arguably the most famous Armenian-American, aside from a certain over-exposed family of reality stars, recently chatted over coffee in his Tribeca apartment about his shifting view of retribution, warm memories of his grandparents and his deep ethnic pride.

Your grandparents were refugees? Some were and some weren’t. They all were affected by it, but came [to America] at different times. On my father’s side, they were refugees of the first wave of killings, which was in the 1890s. If you’re Jewish you can think pogroms vs. the Holocaust. I have one grandfather who was definitely getting out of Dodge as the bullets were flying in 1915.

Do you think your grandparents’ trauma seeped into your life? Oh, absolutely. This is a topic that’s becoming bigger and bigger; what happens is you develop these fearful populations and they give their kids the gift of being fearful. Marian MacCurdy just came out with a book on the topic, and she said that when she was small and wanted to go out to play, [her father] would say, “don’t go out.” And she’d go, “why?” and he goes, “Well, something might happen.” Half my family looked at things that way.

My mom was 6 years old when she escaped Poland with her family in 1939. When I grew up, she would say, “It’s not if they come, it’s when they come.” That’s actually what she would say to me in America, in New York, in the 1970s. One of the ways to know that it exists is to see people with whom it doesn’t exist—someone like my wife who doesn’t have this feeling of imminent disaster. I always wondered whether my work had something to do with it. Theater in general has to do with empathy. I was always aware from a very young age that these bad things had happened to my relatives.

You write in your book, “it is one thing to wish harm on one’s enemy, but it is a very different thing to step up to someone, put a bullet in his brain and watch him die.” Do you think you’re capable of such violence? I am, given the right circumstances. What happens on the day when chaos hits the city and everybody wants to get out of town at the same minute, and needs to get into the tunnels and needs to get over the bridges? I wouldn’t put it past myself to do whatever I needed to do to protect my family.

Transport me to your grandparents’ table. What was it like to grow up with these people?

My grandparents fell into two categories: The dark and the light. The dark were the people who were the refugees from the progrom sort of stuff. The window shades were always drawn and they were kind of depressed people, nervous. The light guys were in Watertown, MA. I spent all my time around [my grandfather] and he was always gardening and I loved him very much. He was a very jolly guy and he was a lot of fun. They were more comfortable speaking Armenian than speaking English and all their friends were that way. Food was really key. Today, Americans take for granted so many foods that, when I was little, were seen as from Mars. Like yogurt, like no Americans ate yogurt. But we ate yogurt all the time. Fruit Roll-Ups, which are ubiquitous today, were something my grandmother made in, in the attic by hand. They were always making shish kabobs. They were wonderful cooks. So the food was this vast dimension. All of this added up to food, music, language, accents, everything, became this sort of universe which I imagined the Middle East was, when, in fact, it didn’t really come from the Middle East, it came from Anatolia, it’s Asia Minor. So I thought they grew up around camels. There were no camels where they came from. It was super alien, so arms’ length to me. Then when my wife and I went over and traveled around that part of the world, it was funny because it really called to me. It just called to me.

Did you ever consider changing your name? Oh yeah, it was the norm that if your name had more than two syllables, you should change it. I made a commitment at the time, specifically to my Grandma Rose, that I would not change my last name. When I got signed by the William Morris Agency in 1983, I had a meeting out in Beverly Hills. The agent took me out and said, “I think you’re very talented. If you change your name, have your nose fixed and straighten your hair, I think you know, you have a future in this business.” And of course, to this day, I’m very happy that I stuck to my guns. 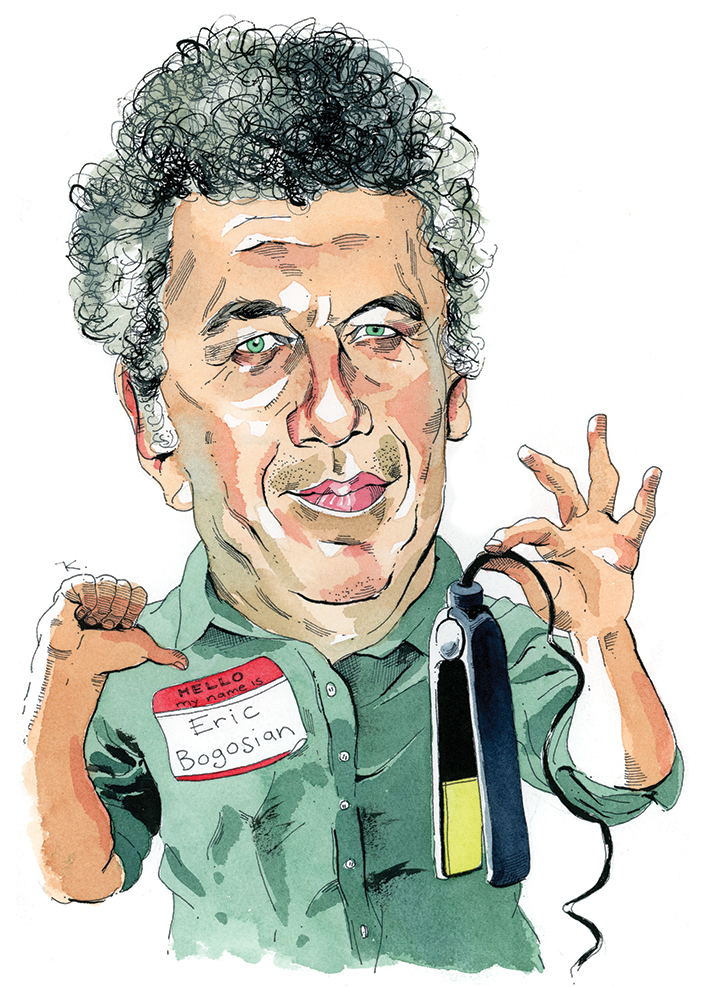