SoHo just became home to yet another pop up, but this time it’s for the guys. After a decade of online-only service, Tie Bar is going brick and mortar for a limited time at 250 Mott Street. Think of it as a haberdashery for the modern man. Well-heeled shoppers can take their pick from a veritable buffet of accessories that can go a long way in amplifying a boring look including neckties, bow ties, tie bars, pocket squares, and socks that won’t break the bank. 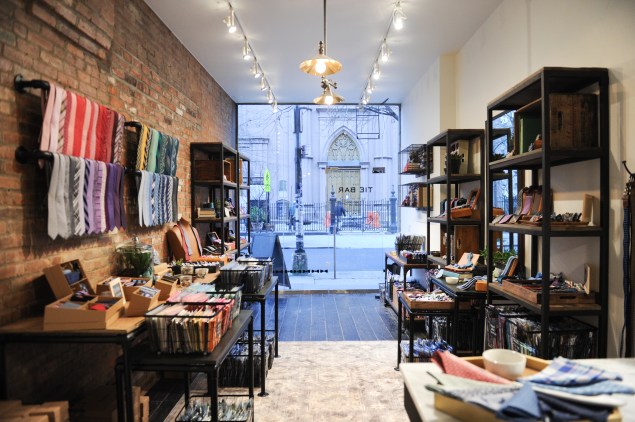 “We have a really large existing customer base in New York who’ve been asking us to develop a store in their city for years. New York is also a fashion capital, and our team travels here frequently to gather design inspiration, so it feels like a second home to us and a natural place to open a pop up store,” Tie Bar’s VP of Merchandising Allyson Wicha Lewis said during our visit to the store. “Over time, we hope to learn more about the customers in each city so we can continue to refine the assortments in each store, but we do have a few early signals about differences between our New York guy and our Chicago guy.  We’ve noticed that our New York customer seems to be a bit more formal than our Chicago customer.  In New York, he almost always opts for a neck tie, where in Chicago, sometimes he will wear a pocket square and patterned sock.  Also, so far bow ties seem to be less popular in our New York store than in Chicago, but only time will tell if that is a consistent theme.” 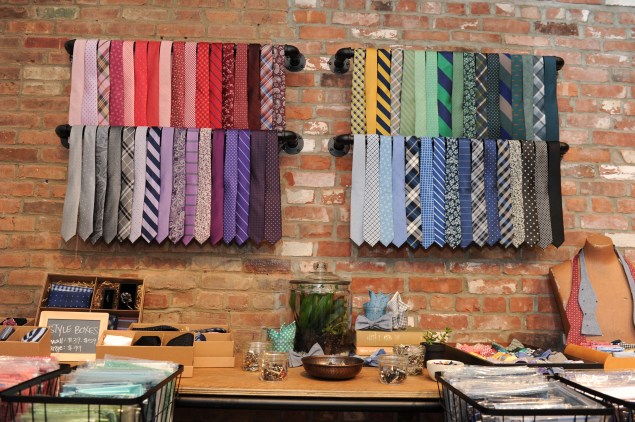 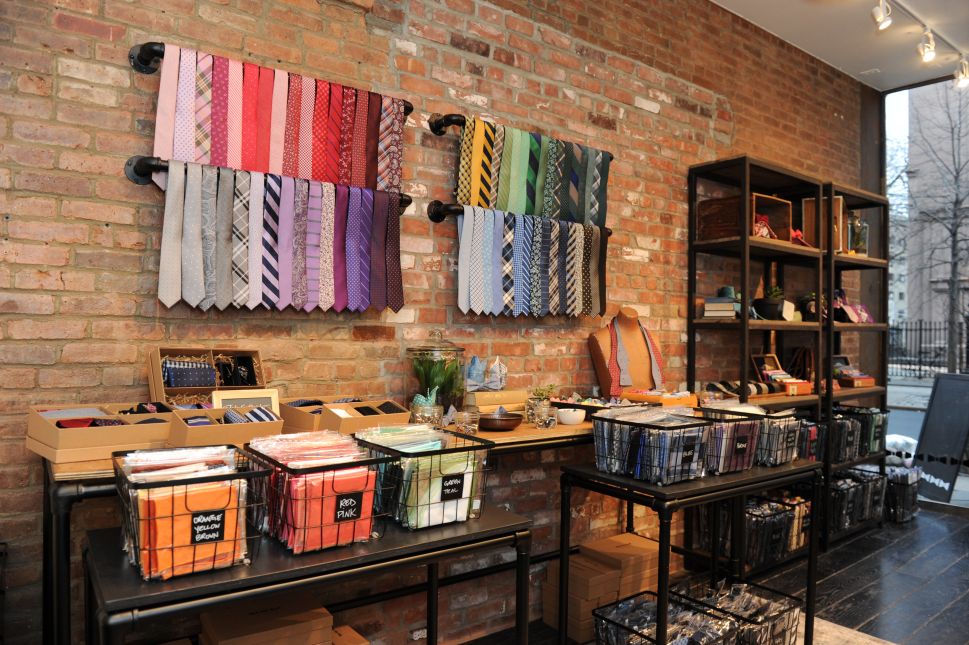