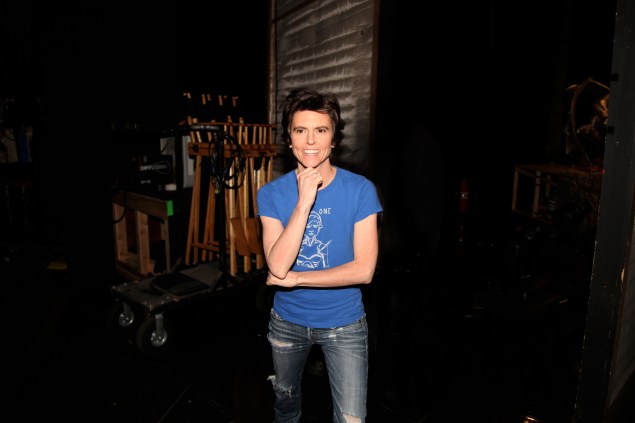 Knock Knock, it’s Tig! premieres on Showtime tonight at 9 p.m. We were able to grab the comedian—who has had one of the most intense and and difficult years in 2012 (starting with chronic sickness, then the death of her mother, then the news that the cancer had spread and she’d need to get a double mastectomy). She told us about her Showtime special, her upcoming HBO show, and the Sundance documentary Tig. That’s in addition to the actress playing a small part on Transparent for her BFF Jill Soloway. (Shhhh… Barb might be coming back next season!)

But in Knock Knock, there is no two-drink minimum or price for club overheard. That’s why the wiry, pixie-ish comedian decided to crowd-source her next tour, choosing to perform in some exotic Americana locales that some call home: a heathy, glass bio-dome with the one woman who doesn’t get the joke; a boat house gone to seed in Indiana; in a barn; in a church. Here was what she was able to tell us.

[youtube https://www.youtube.com/watch?v=7wQXTt1l77w%5D
What is your stance on audience interaction? Because this special is really interesting in the way you decided to go into people’s homes: it sort of breaks down the barrier between performer and potential hecklers.

Well when I do my shows live I certainly don’t want people being obnoxious and interrupting me, and things like that. But I think if there’s an organic exchange, I welcome that. Sometimes I think people misunderstand and think I’m getting heckled in my live show, but I don’t consider it heckling. My show feels like a big party but I’m the one that won’t stop talking.

You talk in the beginning of the special about not wanting the safety net of the club experience, where people pay money and are held to a certain standard. Can you explain that a little more?

I just wanted complete freedom in the situation. Whatever that meant. I love the no-safety-net type feel. There was a preacher once that contacted me to preform in churches to help raise money for an African charity, and I did that. It felt great. I’m not a religious person and I was sharing that I wasn’t in these people’s churches. He told me to not change anything in my material, and I didn’t.

Sometimes when there’s that “Oh this is a safe room and a safe environment”—not that I want to be attacked during my shows—it’s just not what I mean when I say “a real experience.” There was this time in Seattle when this woman came up to me: she taught classes for female comedians and wanted her students to come talk to me. They were talking about their class, and how safe it is, and how everyone just feels so safe all the time, and I was like, “Honestly that sounds like the worst possible environment.” I don’t even understand how you can possibly grow within that.

You spoke on HuffPost Live about the boycotts in Indiana because they were considering a bill that would allow companies to turn away same-sex business. Are there any political issues that inform your choice of where to preform?

I have so much to say and so many contradictions about what I have to say … wow you stumped me. I’m performing in states that are not very open, but I think its important to be in those towns and to be visible. But I do see the importance of boycotting when they’re outwardly discriminatory. I’m really trying to earnestly navigate my way through that.

I’m originally from Mississippi, where I come from a deep Southern town. I love my town. I’m very proud of my family: they’re an odd bunch with their conservative religious military thing, but they couldn’t be more loving and accepting of me. In my sexuality, my religious beliefs, my career, everything.

My girlfriend and I are actually considering getting married in my hometown. We’d have to do it legally in California but we may have the actual wedding in Mississippi. It’s very complicated for me. There’s time to be visible and time to boycott. Of course, we’d have to pick up the certificates.

You’ve been touring for 17 years: what’s changed since you last traversed the country that you were able to notice?

Well it was the first time on the road since my life had fallen apart and you know people were very eager to say hello in such an earnest way and wish me the best and tell me their stories and how my album and story had helped them through whatever patch they had gone through in life, and it just kind of felt like I was meeting up with old friends that I had never met in my life.

And that was a positive thing?

Well, it’s been touched with what I’ve done and it also touches me, because it kind of keeps that whole story alive and that feeling of life and how precious life is. And I’m more in touch because of what I’ve been through. But then you go back in to autopilot on some level, and then someone appears after the show and says, “Hey, I have stage-four cancer and I feel very inspired and positive” and it’s just electrifying,

Yeah, in a comedy club, if I didn’t have the experience I went through so publicly, it would just be an auto pilot of show up to the club, do the show, and head out. Yeah, that tour was the beginning of me getting on the road and getting acquainted with preforming again, and seeing that my audience had grown from podcast nerds to somebody’s mom with one boob, and it was an interesting mix of people.

What was the worst place you had to stop for a pee-stop?

Oh my god, I can’t even remember, and I have a bad memory, but I thank the lord for McDonald’s because they have the famously clean bathrooms, and they always deliver. I’m right now in a McDonald’s parking lot thanking the heavens.

You’ve mentioned this several times that you’ve been going on tours for 17 years, so last time you did a tour did anything surprise you from your A-Game?

In July, I had all these deals and they hilariously all panned out within months of each other, despite the fact that before my life fell apart, these networks didn’t want anything from me. Well, they’re all coming out within months of each other and they’re all finding the best time for all of these projects to come out. I’m trying to get ready for my HBO special so I’m hitting every major and minor market I can get my hand on, so it’s been fun to go to all these different town and all these different toilets. 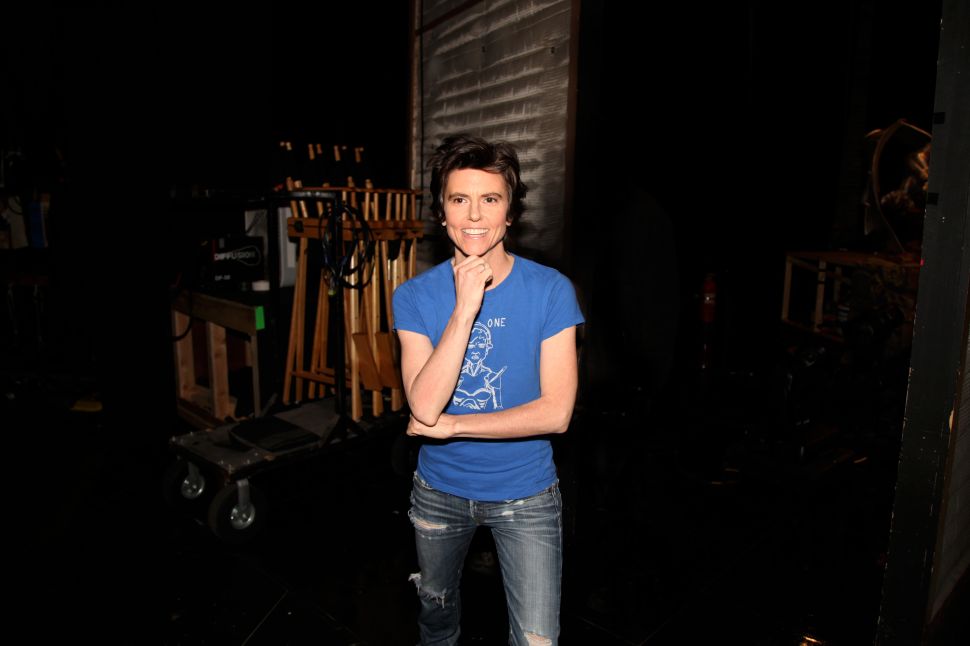