It seems like we are busier than ever. There is always something to do—between email to meetings it’s hard to actually get any work done. To deal with doing more we often resort to sleeping less, or even worse, the to-do list. This is not the answer. In my upcoming webinar, how to be insanely more productive, I talk about why to-do lists are rarely as effective as you might think.

It’s really easy to add things to a to-do list. They get longer and longer but they don’t actually get you more time. You end up doing things just because at some point they were added to your list, not because they are still relevant.

“Scheduling,” says Cal Newport, the founder of Study Hacks, a blog focused on decoding patterns of success, “forces you to confront the reality of how much time you actually have and how long things will take.”

To-do lists encourage us to say yes to almost everything because, well, we can just add it to our list. This means we’re not as discriminating with our time as we should be and, worse, we’re not thinking. It’s easy to add something to your list, it’s hard to say no. Yet saying no is the key.

As Steve Jobs said, it’s easy to say yes but the real value comes from saying no. Warren Buffett agrees: “You’ve got to keep control of your time, and you can’t unless you say no. You can’t let people set your agenda in life.”

Most people have the default of saying yes to everything. And while this makes sense in some aspect of your life—like personal relationships, the default for most things should be no.

Scheduling forces you to confront the fact that there are only so many hours in a week. If you want to do something, you schedule it. This forces you to choose between doing one thing over another because you can’t just add it to an ever-growing list that becomes a source of anxiety.

Scheduling things also creates a visual feedback mechanism for how you actually spend your time—something we’re intentionally blind to because we won’t like what we see.

Just as important, you need to think about your energy levels and when you schedule these tasks.

A lot of people I’ve offered productivity advice to spend hours a day on email. It’s not uncommon for people to tell me their job is moving email around. That’s how the modern office works right? While many of these people hate email, it’s not within their control (or mine) to change how the organization works.

Instead, I help them look at what is within their control—the time of day they invest in email. I’ve discovered most people use some of their most productive and high-energy time on … email. That means that some of our best mental energy is being used on the low-value add task of email. A simple change to schedule “doing email” for times when we have less energy makes a world of difference to both productivity and happiness.

Being productive isn’t always about doing more, it’s about being conscious of what you work on and putting your energy into the two or three things that will really make a difference.

Shane Parrish feeds your brain at Farnam Street, a site that helps readers master the best of what other people have already figured out. Join over 45,000 others and sign up for brain food, his free weekly digest of cross-disciplinary awesomeness. 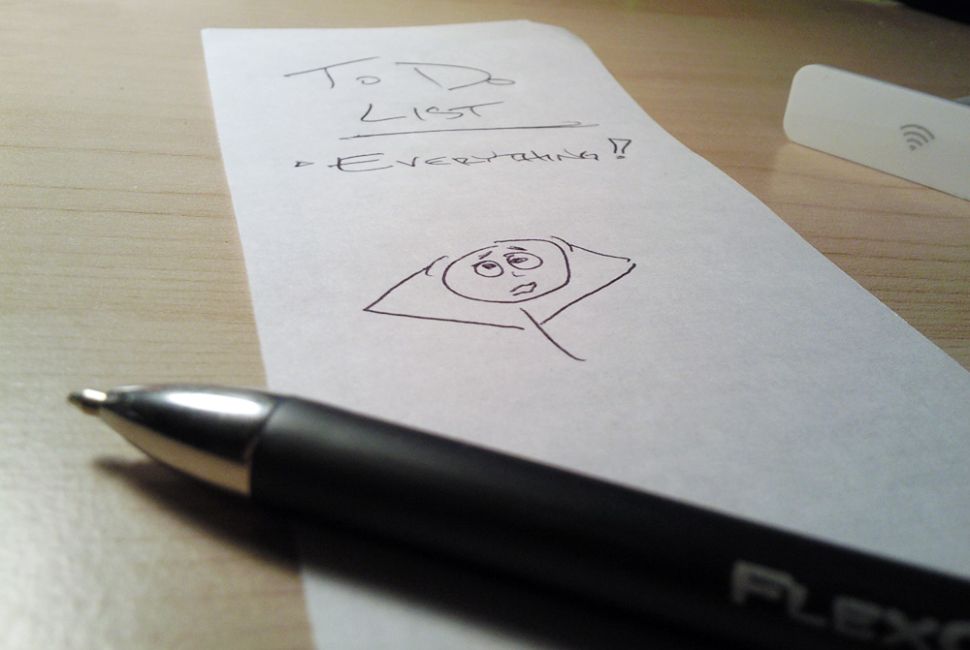