As part of Cities United for Immigration Action, Mayor Jose ‘Joey’ Torres announced today that Paterson will join 73 cities and counties to file a new friend-of-the-court brief in the Fifth Circuit Court of Appeals in the Texas vs. United States lawsuit, urging immediate implementation of President Barack Obama’s executive actions on immigration.

The brief demonstrates support from the country’s largest cities – as well as its suburbs and rural areas – for the President’s reforms, aimed at providing temporary relief from deportation to immigrants with longstanding ties to the U.S. who pass a background check and meet other criteria.

The cities and counties – representing 43 million people across the country – argue that the district court judge who temporarily blocked implementation of the programs failed to consider the significant harms to America’s local governments caused by this delay. Today’s brief more than doubles the number of local governments that had previously voiced opposition to the lawsuit brought by states seeking to block President Obama’s immigration reform efforts.

“Paterson is home to diverse communities, where over 58 languages are spoken,” said Torres.  “Our founding father Alexander Hamilton, an immigrant born in the West Indies, and later Secretary of the Treasury, saw the potential of the Great Falls and formed the Society for Useful Manufacturers, helping Paterson become the birthplace of the industrial revolution and home to millions of immigrants from throughout the world.

“As Paterson’s immigrant population grew, so did its economic and social greatness and this undying truth is the reason why we vehemently support President Obama’s Executive action and stand with Mayors throughout the country, because we also support and recognize the immense value of the human capital.”

As part of Cities United for Immigration Action, New York City Mayor Bill de Blasio and Los Angeles Mayor Eric Garcetti led the effort to organize more than 70 cities and counties, the National League of Cities, and the U.S. Conference of Mayors in arguing that the national public interest is served clearly and overwhelmingly by implementing immigration relief by executive action without delay. The brief also argues that the District Court judge’s decision to block executive action with a preliminary injunction is bad for the economy, hurts families, threatens law enforcement priorities, and will stall desperately needed changes to the federal government’s immigration policies.

“Continuing to delay implementation of the President’s executive action on immigration hurts our economy and puts families at risk,” said New York City Mayor Bill de Blasio. “Cities are where immigrants live, and cities are where the President’s executive action will be successfully implemented. Our cities are united, and we will fight for the immigration reform this nation needs and deserves – whether in the courtroom, in Congress, or in our communities. Make no mistake about it: our voices will be heard.”

“We are steadfast on a concrete immigration policy that will keep families intact and the country’s economic prosperity on the rise,” said Los Angeles Mayor Eric Garcetti, who established a Mayor’s Office of Immigrant Affairs. “This is a nonpartisan issue that should focus on people and not politics.”

The brief demonstrates to the Court that executive action will benefit cities and counties by providing work authorization to millions, increasing local tax revenue, stimulating local economies, facilitating the civic engagement of immigrants, keeping families together, and improving public safety by strengthening our neighborhoods and communities.

In addition, the brief argues that delay in implementation of the President’s executive action has significant costs for local economies and immigrant families. For example:

This collective action to offer the Court the crucial perspective of American cities and counties is an outcome of the organizing efforts of the Cities United for Immigration Action coalition. By filing this brief, America’s mayors and county executives are making a strong statement in support of the President’s plan to grant administrative relief to over 4 million undocumented children and adults. 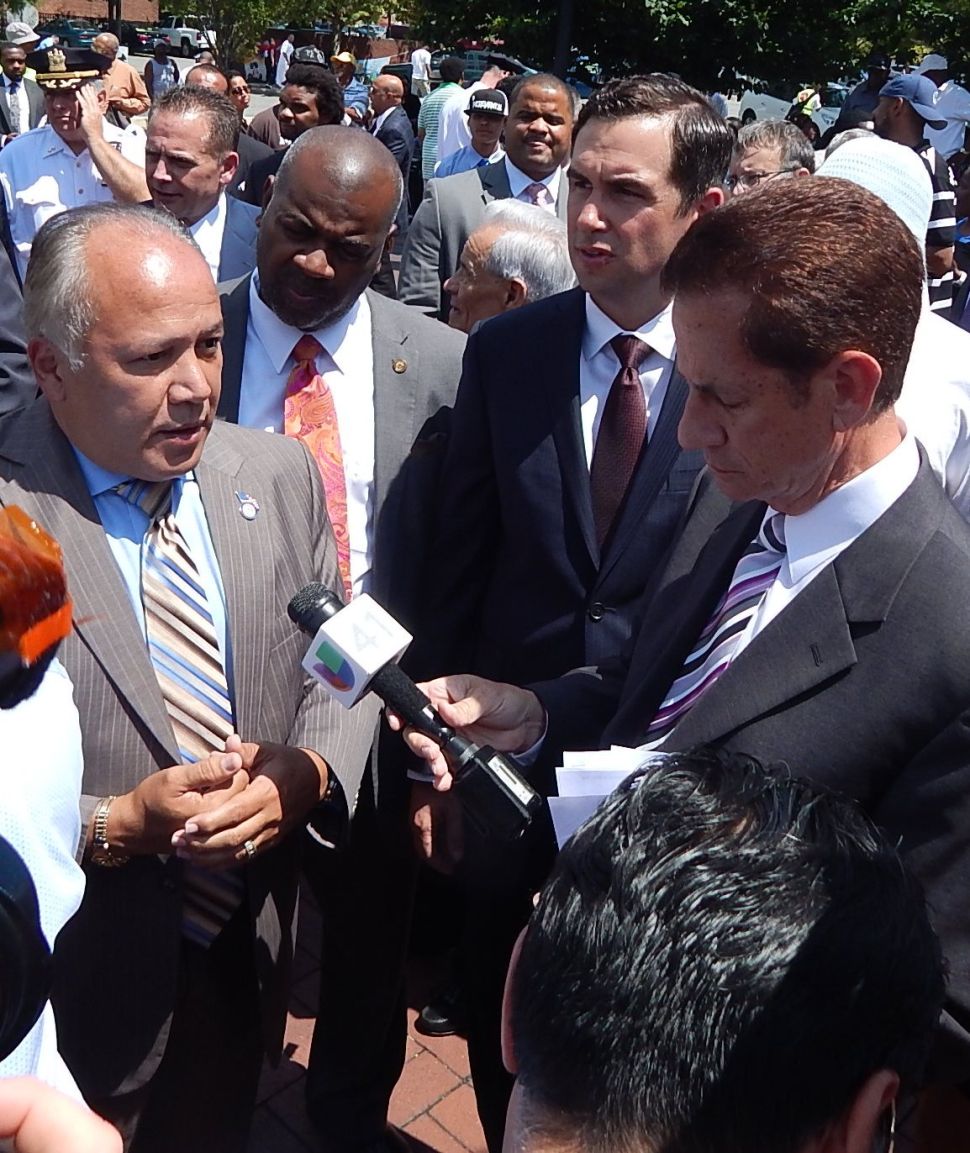