Acting Attorney General John J. Hoffman announced this morning the charging of two employees of the North Bergen Department of Parks and Recreation.

Abraham Garcia, 56, of North Bergen, and Walter Somick, 46, of Wayne, stand accused of third-degree theft by deception and third-degree tampering with public records or information, for allegedly submitting false timesheets to collect numerous hours of pay for times when they were not working for the department, Hoffman said.

The AG’s Office charged the two men last night.  Each was served with a summons; they were not arrested.  The charges carry a sentence of three to five years in state prison, including a mandatory period of parole ineligibility of two years on the charge of tampering with public records or information.  The two men were charged as the result of an investigation by the Division of Criminal Justice Corruption Bureau.

The charges landed in the middle of the reelection campaign of Mayor Nick Sacco, the dominant North Bergen political figure for

two decades. Sacco faces a challenge from financially well-connected businessman Larry Wainstein. The latter’s deep pockets have enabled the candidate to plaster his picture all over town, testing the incumbent to fight back, both with force projection on the streets and on the Internet.

PolitickerNJ took the above picture of AG’s Office personnel carting boxes out of the Parks and Recs Department on the same day that Team Sacco officially kicked off their campaign.

According to the Attorney General’s Office, Garcia is employed as supervisor of security by the North Bergen Board of Education, and he is an assistant football coach at North Bergen High School.  Notwithstanding those jobs, he also is employed as a recreational aide by the North Bergen Department of Parks and Recreation (DPR).  The state’s investigation revealed that the DPR paid Garcia at a rate of $1,038 every two weeks in 2014 and $1,094 every two weeks in 2015.  Garcia consistently submitted timesheets indicating he worked 42 hours for the two-week pay period.  It is alleged, however, that he falsified timesheets to indicate he worked for the DPR during hours when, in fact, he was home, running errands, socializing or doing other things unrelated to the DPR.  Through surveillance and other means, detectives identified in excess of 130 hours when Garcia allegedly claimed to be working for the DPR, but was not working for the DPR.

Somick is a union electrician.  Notwithstanding that employment, he also is employed as a recreational aide by the DPR.  The state’s investigation revealed that the DPR paid Somick at a rate of $1,405 every two weeks in 2014 and $1,481 every two weeks in 2015.  Somick submitted timesheets indicating that the number of hours he worked varied from one pay period to the next, but they reflected an average of approximately 60 hours of work every two weeks.  It is alleged, however, that he falsified timesheets to indicate he worked for the DPR during hours when, in reality, he was at his home engaged in personal activities.  Detectives identified in excess of 110 hours when Somick allegedly claimed to be working for the DPR, but was not working for the DPR.

“We charge that these men were corruptly collecting substantial salaries at the expense of municipal taxpayers for hours when they never even showed up for work,” said Hoffman.  “Local residents pay enough in property taxes without having to foot the bill for fraud.  We’re working to root out this type of abuse of public resources.”

“The criminal charges we have filed carry substantial prison time and send a strong message that theft of taxpayer dollars through low-show jobs won’t be tolerated,” said Director Elie Honig of the Division of Criminal Justice. “We urge anyone who suspects this type of abuse by public employees to contact us confidentially.”

North Bergen Township spokesman Paul Swibinski responded to the charges in a statement.

“While we have a zero tolerance for any corruption in North Bergen, we should realize that these charges involve two part-time recreation employees who are apparently being accused of timesheet infractions,” he said. “Both have been suspended without pay and the township is cooperating with the investigation.” 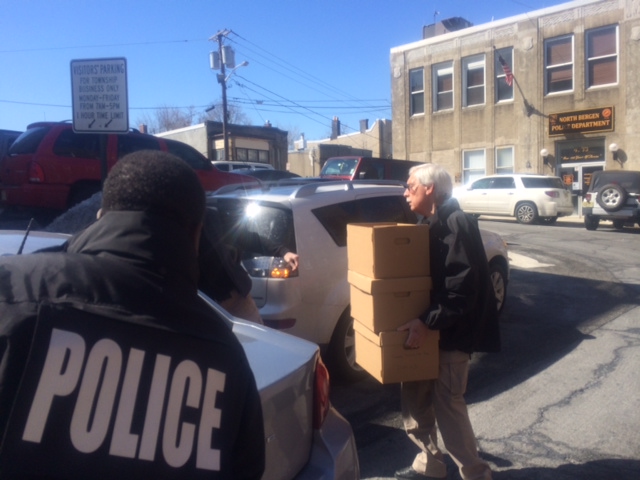