When a University of Oklahoma fraternity sings a racist chant, we take them at their word. When LA Clippers owner Donald Sterling makes racist comments, we take him at his word. When racist emails of Ferguson officials are leaked, we take them at their word. As we should. Perpetuating racist discourse merely normalizes and reinforces racist behavior and structures. This is true for any system of prejudice and hatred.

Why, then, are anti-Semites so rarely taken at their word? Some Iranian officials broadcast their intention to use a nuclear weapon to wipe Israel off the map. But many still believe they will use nuclear energy for peaceful purposes if we negotiate properly. The Hamas charter states that it is each Muslim’s responsibility to kill Jews. But some still assert that Hamas terrorizes Israeli citizens merely as a political statement for their own domestic consumption. Last week, both Bosnian and Dutch soccer fans, on two separate occasions, sang chants about burning and killing Jews. Plenty dismissed that as “boys will be boys.” This week, two New York high school students were photographed underage drinking, wearing tee shirts with a swastika and the word “Auschwitz.” Just hooligans looking for attention.

On American college campuses and in the greater international community, those who espouse the destruction of Israel and the Jewish people are regarded as having humanitarian concerns. Their calls for violence are ignored. Campus champions of boycott, divestment, and sanctions (BDS) against Israel often chant, “From the river to the sea Palestine will be free!” demanding the expulsion (or worse) of millions of Jewish and Israeli citizens out of the land of Israel. But we are supposed to believe they are only interested in justice for Palestinians.[protected-iframe id=”f658b98afcfffa56d914dc7007334a46-35584880-78363900″ info=”https://www.youtube.com/embed/ShWMwqHpO_I” width=”560″ height=”315″ frameborder=”0″ allowfullscreen=””]

Members of the Palestinian Unity Government (PUG) blatantly announce their intention not only to reject a two-state solution, not only to murder Jews, but also to “rule over America and the entire world.” If I were in the PUG, I would be offended that the international community is still not taking my words seriously! Do they not see that Hamas has been keeping their word for decades?

Meanwhile, other leaders in the international community are taken at their word.

Right before the Israeli elections, Israeli Prime Minister Benjamin Netanyahu expressed some eyebrow-raising views on the two-state solution. Clearly a politician’s ploy. But President Obama took Mr. Netanyahu at his word and continues to do so, while negotiating with the Mullahs in Iran who verbally threaten the Jewish State.

We are not too scared or naïve to recognize true evil in the world when it comes to combating racism. So what is preventing us from taking anti-Semites at their word? Do we think that brushing aside these instances will make them disappear? They didn’t disappear in the 1930s when “All Jews to the gas chamber” and “Jews to the oven” were popular slogans in Germany. So why would these slogans disappear as they are chanted in the streets of Europe today? They didn’t disappear when Jewish businesses and professionals were boycotted in the 1930s. So why would they disappear as the boycott movement against the Jewish state attempts to threaten Jewish businesses and academics in Israel?

Whatever the reason preventing us from truly taking anti-Semites at their word, we know from history that one thing is for sure: dismissing these anti-Semitic warning signs could lead to vast and deadly consequences. And we must take that seriously.

Eliana Rudee is a Fellow with the Salomon Center. She is a graduate of Scripps College, where she studied International Relations and Jewish Studies. She published her thesis in Perceptions and Strategic Concerns of Gender in Terrorism. Follow her @ellierudee. 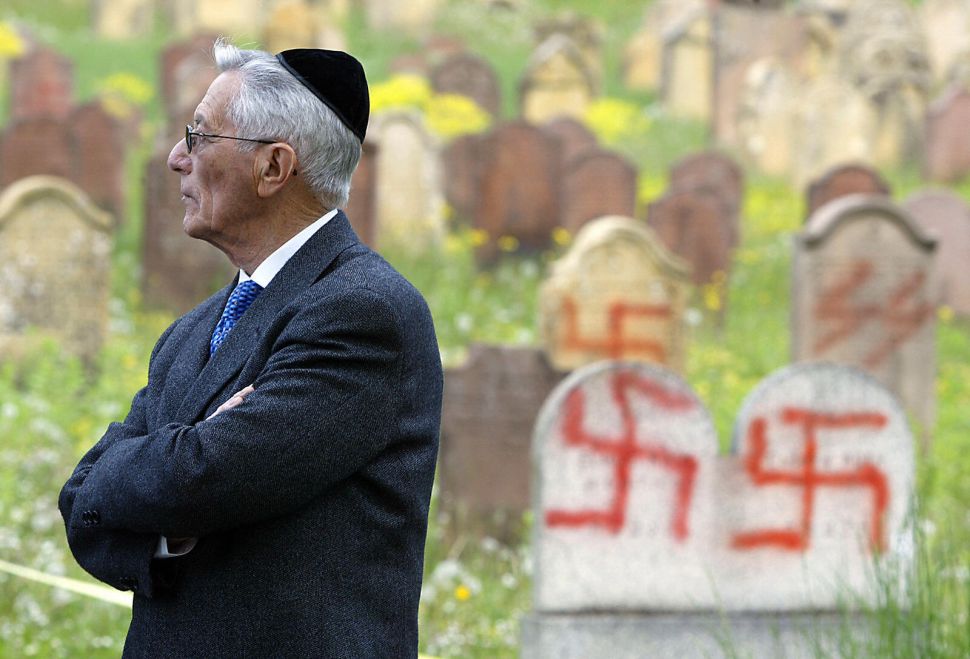