There are times—say, when you’re having an important package delivered or need help hustling luggage out the back of an idling taxi—when living in a doorman building is great.

For instance, Will Meyerhofer, a therapist with a number of clients in the fashion industry, recalls once having to admonish the doorman of his Battery Park rental building for trying to pick up one of his supermodel patients.

“The doorman hit on [this] client to the point where I had to speak to him about it,” he said.

It’s perhaps understandable, then, that when Mr. Meyerhofer and his husband began looking for a place to buy several years ago, a doorman wasn’t high on their list of desired amenities. It wasn’t just the doorman they chose to do without, though. In fact, the couple decided they’d actually prefer a building with no amenities at all.

“I always feel that amenities are stuck onto a building to compensate for the fact that the apartments aren’t very nice,” Mr. Meyerhofer told the Observer. “I went to some buildings in FiDi, and they were bragging about their weight room and common room and terrace. Meanwhile, the apartments were the size of a postage stamp.”

“Simplify, simplify,” advised the great 19th century real estate scribe Henry David Thoreau. (What, after all, is Walden, but a man’s reflection on owning a country house?) In Thoreau’s case, this maxim led him to a one-room cabin outside Concord, Mass. In Mr. Meyerhofer’s case, it led him to a bare bones, 1,400-square-foot Tribeca loft.

“It was basically a great big box that needed to be gutted,” he said. But the lack of frills meant that even after renovations, the purchase price came in at under $1,000 per square foot, Mr. Meyerhofer notes. And the unit’s common charges, including taxes, total around $1,500 a month—a fraction of what he would pay in a ritzier building.

New York’s residential developers are engaged in a great amenities arms race, a city-wide game of one-upmanship involving perks like pet spas, wine rooms, golf simulators and boxing gyms. Some buyers, though, are opting out.

“I see a lot of buyers asking for [buildings with] less amenities,” said Core broker Steve Snider. “I have a client right now, for instance. He already belongs to a gym. He likes his gym, has friends there. So to move into a building [with a gym] and pay for it, he would never benefit from that.”

“It’s a competitive and frothy market, and when you are buying property you aren’t just looking at the purchase price, you’re looking at your monthly nut,” said Douglas Elliman broker Rob Gross. “So if a lot of your common charges or maintenance is going towards payroll for doormen or upkeep of amenities, it can add up.”

Indeed, says Sonya Auvray, a client of Mr. Snider’s currently looking to buy in Chelsea, while building extras like a full-time doorman are nice, “I just don’t want to pay for that luxury.”

With two young children, ages 4 and 6, Ms. Auvray is exactly the sort of buyer who might be expected to appreciate the perks of a full-service building. But, she said, “I’m not fussy. I’d rather have the [extra living] space over the amenities.”

In fact, she notes, she and her husband would ideally like to buy a commercial space they can convert to residential. “Those are very hard to find, but they are out there, and you can get something for close to $1,000 a square foot if you can find it,” she said.

Another potential amenities downside—to Mr. Meyerhofer’s mind, anyway—is having to shell out to repair common area damages you had nothing to do with.

“One of my friends is in a building with a hot tub, and you end up with Trustafarians dropping their margaritas in there,” he said. “And then somebody has to drain the thing and get the glass out and fix it, and you’re on the hook for that.”

And while potential buyers might like the idea of amenities like a dog-washing station or game room, few actually use them regularly once they move in, Mr. Snider says.

“A wine cellar?” he scoffed. “Really? I’m going to put my $400 bottle of wine in a common wine cellar with my name on it like it’s in the office refrigerator?”

“I show people things like a 28-seat movie theater, and they’re like ‘What the heck is this? I don’t have 27 people over, ever,’ ” he added.

The one exception is a roof deck, Mr. Snider said. “I think everyone likes to have a roof deck.”

But even here, Mr. Meyerhofer demurred. “The fact is, a roof deck in New York you can use for about three months [out of the year], and they tend to be kind of windy and cold, and they get dirty,” he said.

The rise of online shopping and dining apps has helped devalue certain traditional amenities, as well, said Mirador Real Estate managing partner Karla Saladino, whose firm has in recent months conducted a number of focus groups aimed at determining what building features buyers most value. For instance, she says, “The word ‘concierge’ is kind of a dead word. People are like, ‘I can use StubHub and OpenTable just fine without you.’ ”

Rising in popularity, on the other hand, are perks like in-home beauty and pet services delivered by outside parties, Ms. Saladino said.

Buyers who do go the high-amenity route can find themselves stuck with no way to shrink their monthly nut short of selling, cautioned Robb Pair, president of real estate firm Harlem Lofts.

“You can’t cut [the common charges] even if you want to,” he said.


“I used to live in a condo in Midtown that had a doorman, a concierge, all that. And I have to tell you, when I was on vacation, I would be up all night thinking about how I was wasting money because I was paying for all that common stuff I wasn’t using.”

The building, at 56 East 130th Street, will offer a virtual doorman, package area, rooms for bikes and strollers, and a shared rooftop that Ms. Feigen said she thinks “have become sort of basic necessities.” Beyond that, though, the plan is to eschew amenities in order to keep sales prices and common charges low.

“Everything is a choice,” she said. “And to me the choice more and more people are going to make is for individual space [over communal amenities].”

Elliman’s Mr. Gross is likewise working with a developer, whom he declined to name, on a 35-unit East Village condo project that he says will take an amenity-light approach.

“I don’t see us getting a doorman, though we’re not sure if we’re going to put in a virtual doorman,” he said. “There is a roof deck, because the building has a roof. There will be bike storage. But this is going to be an incredible price play, so we want to keep our monthlies low.”

Of course, it’s possible that in trying to shed amenities, you’ll find yourself more enmeshed in them than ever: Mr. Meyerhofer, the man who never wanted a doorman, has himself become a doorman of sorts.

“The crazy thing is, I work from home, so I am the doorman for my building,” he said. “UPS has kind of figured out that I’m the guy to buzz. So I get packages for all the neighbors.” ν 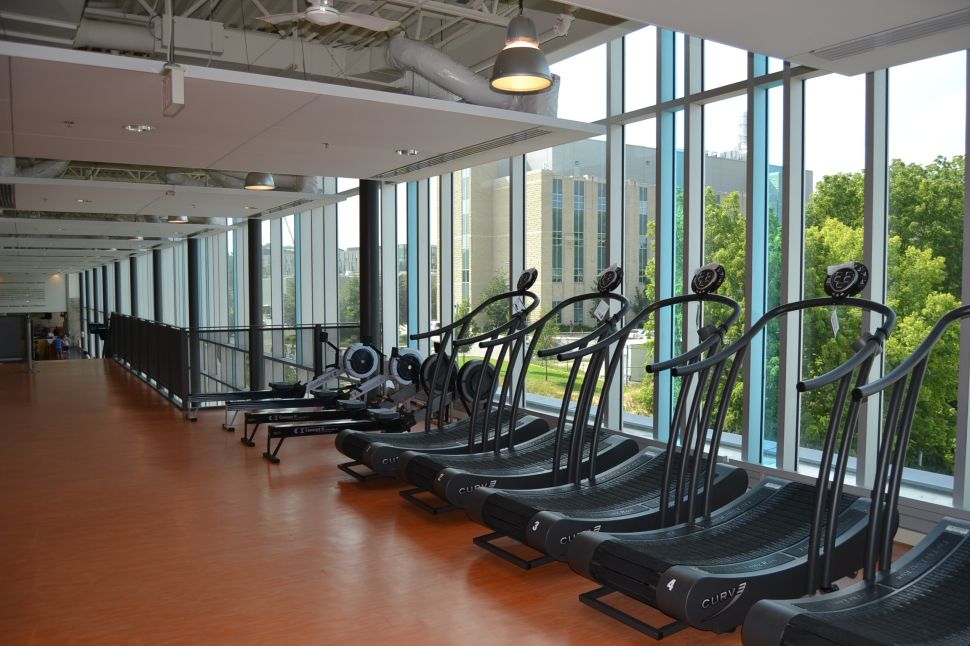