Bernie Sanders of Vermont is expected to announce his candidacy for president on Thursday. Senator Sanders is a smart, progressive man who has been the left wing conscience of Congress for a generation. He also has as much chance of becoming President as I do of replacing Joe Girardi as the manager of the New York Yankees.

Many on the left of the Democratic Party are probably very happy to see Sen. Sanders in the race. He is a true progressive with an economic view that is considerably to the left of likely Democratic nominee Hillary Clinton. Sen. Sanders will undoubtedly discuss important economic issues from a left-wing angle throughout his campaign. In a recent pre-announcement interview on MSNBC, Sen. Sanders outlined his economic view and his critique of his Democratic opponent: “The American people want Secretary Clinton, all candidates, to talk about why the middle class continues to decline, why the rich get richer, why Wall Street continues to have unbelievable power over the American economy,” he said. “[They] want candidates who will deal with the most important issue, and that is are we prepared to take on the billionaire class which has so much power over our economic and political life.”

In a time when income and wealth inequality is more in the news than any time in decades and the country is still shaking off the damage from the great recession, Sen. Sanders’ message will resonate. Mr. Sanders also has taken progressive positions on social issues ranging from marriage equality to climate change that the Democratic Party base supports.

Politically it is a different story. If the Democratic primary was more wide open with a several candidates seen as having a chance at the nomination, Sen. Sanders could potentially contend for the nomination. He is the kind of quirky progressive—think Jerry Brown in 1976 or 1992, Bill Bradley in 2000 or Howard Dean, another Vermonter, in 2004—who could break through to a wider audience and win some primaries.

Any Democratic leader looking at this race and considering Sen. Sanders must ask whether it is worth going against the overwhelming frontrunner. Even those who decide that the answer to this question is yes will then have to question whether it is worth doing this for a nominee who is almost certain to lose in November. Sen. Sanders, it should be noted, would be a tough demographic sell even if he were a more centrist candidate. At 73, he is older than Hillary Clinton and is Jewish in a country that has never elected any non-Christian to national office.

Nonetheless, in a democratic system competition is good; and if Sen. Sanders can genuinely compete with Ms. Clinton, she will be a stronger candidate because of it. Many progressives hope that Sen. Sanders will do this by pushing Ms. Clinton to the left, but there is no guarantee of this at all. To do this Mr. Sanders needs to win a few primaries and put a real scare into Ms. Clinton, simply campaigning as a progressive and losing every primary by 30-50 points will not push the eventual nominee leftward.

Despite all this, Sen. Sanders presence in the race is still beneficial for the Democratic Party, the country and democracy. He will focus attention on issues other candidates will studiously ignore. He will tell uncomfortable truths about the economy and the leadership of the Democratic Party. 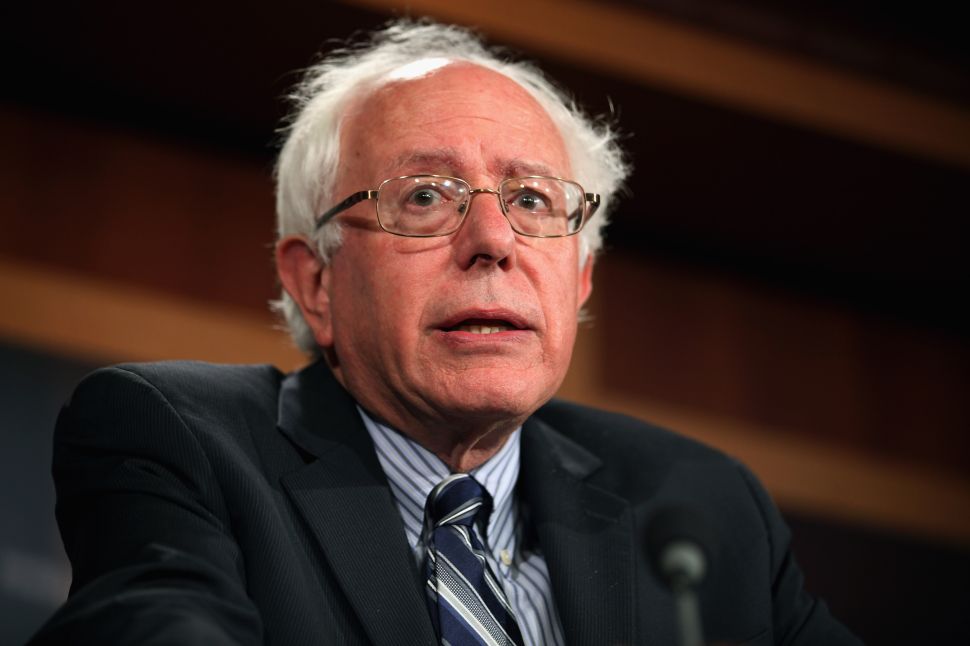