With the Democratic primary unlikely to be competitive, attention will soon turn to Hillary Clinton’s choice of a running mate. At first glance, it would seem that she would benefit from a running mate that is at least a decade younger than her, probably male and perhaps Latino. Secretary of Housing and Urban Development Julian Castro would fit that description nicely. Senators Michael Bennet of Colorado and Tim Kaine of Virginia, while not Hispanic, would serve as qualified veeps.

One candidate who doesn’t fit the ideal demographic, but who could bring a great deal to the ticket is Massachusetts Senator Elizabeth Warren. At first glance, this notion seems like a non-starter. Warren is too far left, hails from one of the safest Democratic states in the country, and has shown little interest in running for higher office, specifically for president.

A closer look, however, suggests that a Clinton-Warren ticket, would not be a bad idea for either woman. Ms. Clinton, for her part, has recently had some very nice things to say about Ms. Warren, describing her in Time as somebody who “fights so hard for others to share in the American Dream because she lived it herself.” For Ms. Warren, there would be no downside to being Ms. Clinton’s running mate. She would not have to give up her seat in the Senate and could use the campaign to travel around the country spreading her economic message and build name recognition. Thus, even if Ms. Clinton lost, Ms. Warren could return to the Senate an even bigger national figure. If, however, Ms. Clinton won, Ms. Warren would be at the center of the administration and in a much better position to influence legislation than as a member of the minority party in the Senate.

Running with Ms. Warren would eliminate all discussion among progressive activists that Ms. Clinton is too conservative. That notion would simply no longer be plausible with Ms. Warren on the ticket. The choice would also send a very clear message: Ms. Clinton understands that many people decry inequality in the country and she will fight on behalf of our less prosperous neighbors.

The ticket, however, would be vulnerable to attacks from the right as being too far left, but those attacks are inevitable anyway. Everybody around Hillary Clinton knows that the right is going to come after her and try to portray her as some sort of radical socialist. This would happen even if she resurrected Ronald Reagan and chose him as her running mate. These attacks, however, would resonate more with Ms. Warren on the ticket. It is not hard to see how a Republican campaign aimed at, for example, scaring small business owners and other entrepreneurs, could work against a Clinton-Warren ticket.

The gender issue is somewhat different, but also related to issues of race. A Clinton-Warren ticket would do almost nothing to move white men into the Democratic column, but that group has been lost to the party for years and probably could not be any less enthusiastic about Ms. Clinton than they were for Barack Obama in 2008 and 2012. However, a Clinton-Warren ticket could be exciting enough to move an increasing number of white women to the Democratic column. This is the constituency where Ms. Clinton is already uniquely poised to make gains from where Mr. Obama was in 2012. Adding Warren might make the appeal to those voters even stronger. 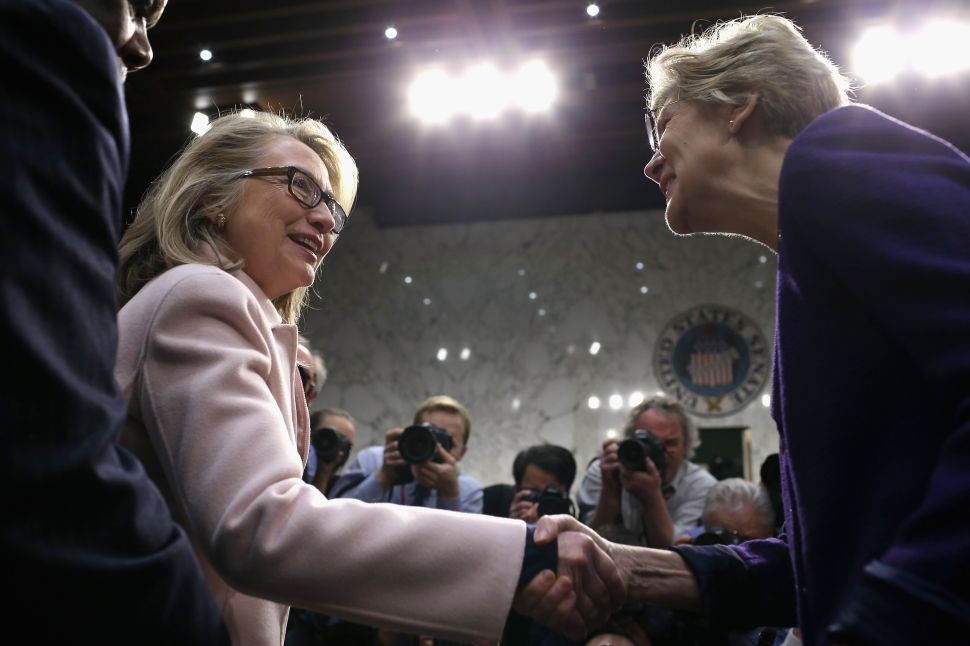