Just when you thought it was all mano-a-mano between Monteiro and Quijano, a third candidate surfaced, intent on reminding

LD20 voters that there is yet another option.

Hillside attorney Jorge Batista is going up on cable television this weekend and through Election Day.

“Yes, a Hail Mary pass,” Batista told PolitickerNJ. “We went all in with almost all we raised.”

A once and future candidate for mayor of Hillside, Batista is running with Union Twp. teacher Vivian Bell.

The ticket’s ad will run on Cable TV: Cablevision, Comcast and Fios.

“It hould get about 300 plus spots, not prime time or it would have been too expensive,” Batista said. “The reps said it would saturate nicely. We will soon see.” 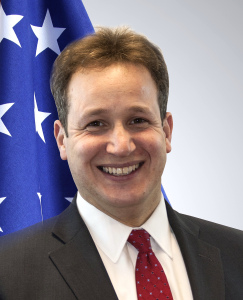