I called Brooklyn home during the high holy days of pork in the mid-aughts. It wasn’t that the borough was a meat-larded monolith or even that it didn’t offer a panoply of compelling dining options. A borough with 2.6 million people has nearly everything. It’s just that the zeitgeist was carnivorous. Those were the years of Egg, Pies ‘n’ Thighs, Fette Sau, Diner with its bloody burger and DuMont with its mythic fries. Farther south, in the precincts I, in my naïveté, imagined full of corduroy fathers, lactating mothers and miserable runts, there was only Al Di La. (Fool that I was!)

In the intervening seven or so years, the Brooklyn culinary scene has continued to flourish, fractalize and blossom. There’s no longer a uniting ideology except perhaps the fidelity to the chef’s vision. Many of the newest places are Brooklyn outposts of Manhattan restaurants or the personal projects of chefs who decided to cook in their own backyard. As always, Brooklyn seems to at the forefront of what’s next.

Chef Jose Ramirez-Ruiz and his partner, Pam Yung, turned their pop-up Chez Jose into the real deal with the help of another Brooklyn scion, Joe Carroll of Fette Sau. The veggie-forward menu at the tiny Bedford restaurant has already elicited universal acclaim. But it is Mr. Ramirez-Ruiz’s wise inversion of the classic trio that blew me away. It’s mostly cabbage, a little bit o’ beans and just a touch of pork fat, literally turning the dish on its head. But it is Ramirez-Ruiz’s canny usage of often overlooked proteins that shook me. A recent example includes tempura’d taranome, also known as Japanese Angelica-tree, an invasive species introduced in the 19th century to the United States, here lightly fried. It’s simple, brilliant and tasty.

I thought I’d had it with ampersands and bakeries run by beautiful women who seem like they never eat what they make. But Butter & Scotch in Crown Heights, founded by friends Keavy Blueher of Kumquat Cupcakery and Allison Kave of First Prize Pies, is one of those places where the seeming cliché of the concept is subsumed by an excellence in execution, an organic sweetness of human warmth and some kick-ass pies.

Even if I weren’t writing a cookbook with Jeppe Jarnit-Bjergsø and Daniel Burns, who run this tiny Michelin-starred restaurant in Greenpoint, I would still aver that the tasting menu (with beer pairing) is about as special a meal as one can get in the country. Mr. Burns, who honed his skills at Momofuku Test Kitchen and as the pastry chef at Noma, is a master of balanced flavor, as this not-too-sweet dessert proves. Mr. Jarnit-Bjergsø, the man behind the gypsy brewer Evil Twin, rounds out the earthy, tart and bitter dessert with the thick richness of his Imperial Stout.

As host of a radio show at Heritage Radio, I’m entitled to one free pizza a week. But I still routinely shell out for whatever issues forth from chef Carlo Mirarchi’s kitchen in the back. These beets, which are at once earthy and sweet, are a perfect example of Mr. Mirarchi’s ability to turn what could be a throwaway veggie dish into a satisfying main course.

Williamsburg has no shortage of brunch options. In fact, it has too many. Brunch is a plague upon us. But the Camlin, the younger sister of Manhattan’s Ardesia, is a clean modern version that takes all the good things about the meal (eggs, booze) and none of the dross (indigent refulgency, hour long waits).

Let Manhattan have its Upland, Brooklyn’s own California cuisine is thriving at the newly opened Bar Bolinas in Clinton Hill. I’m a sucker for man-and-wife restaurants (Shalom Japan!, Semilla) and this one, helmed by Nate Smith and Sophie Kamin, tidily captures their love for each other and their love for Marin County. The latter, at least, is captured in fresh yet comforting entrees like a richly green gnudi. Though inspired by NoCal, one must also thank April Bloomfield, for whom Mr. Smith worked at The Spotted Pig.

For many years, Peter Pan Donut and Pastry Shop in Greenpoint held the undisputed belt in the realm of doughy belt-loosening rings. But the fancy-ass donuts at Elsie’s Goods, a humble bake shop in Crown Heights, gives the Poles a run for their money. Among my favorite is a sweet but not eye-bulgingly sweet Confettura di Fichi, made by inserting fig jam halfway through a cake donut and topping the fucker with mascarpone cheese and toasted almonds.

When Mayfield opened nearly two years ago, the stretch of Crown Heights in which it found itself was relatively bereft of gentrification. Now no longer (see above), but dishes like Chef Lev Gewirtzman’s cauliflower custard, served with caramelized onion farro, roasted broccoli and beet puree, a subtle totally vegetarian dish of great substance, proves Mayfield continues to blaze trails. ν 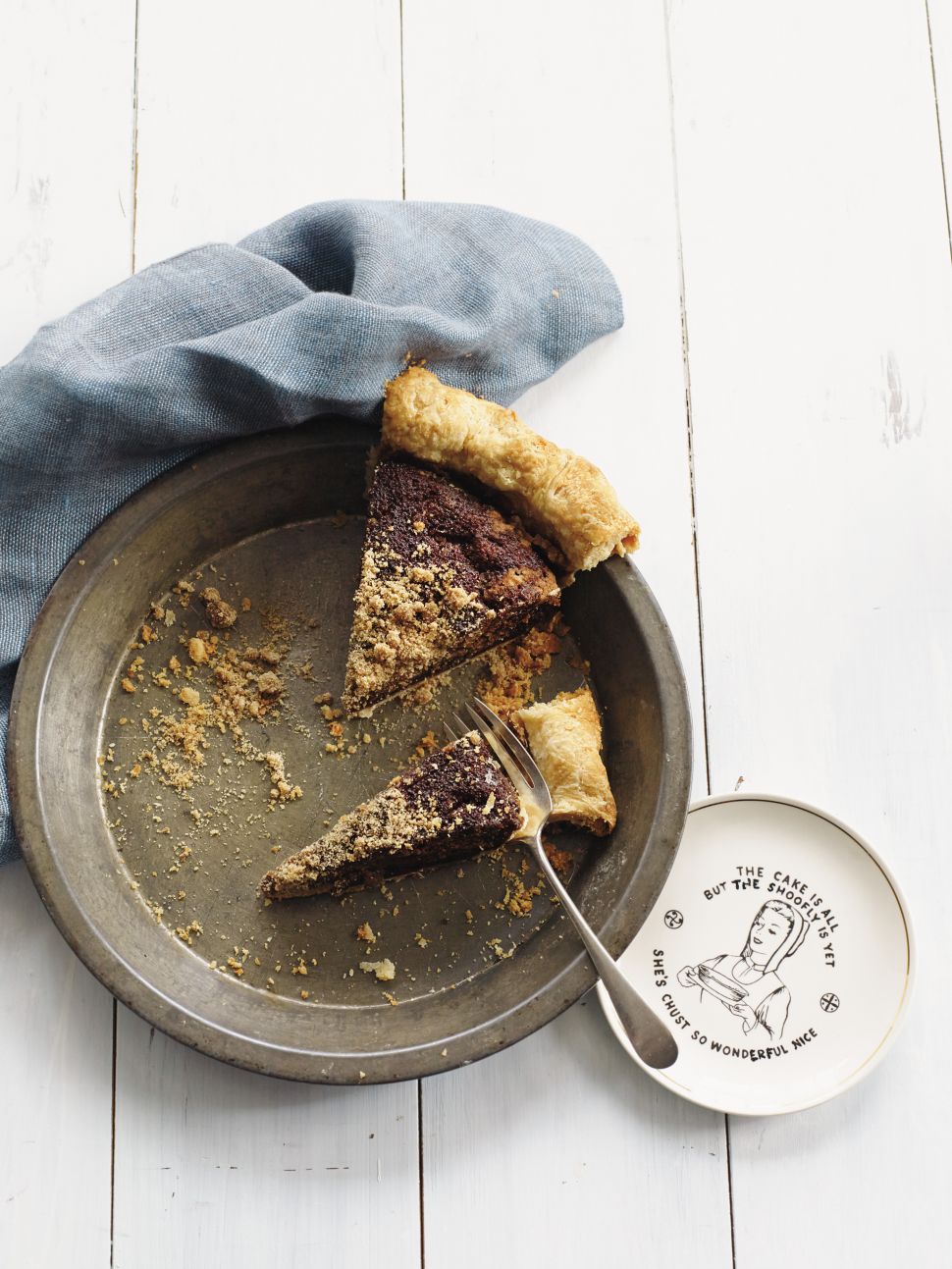